The Bachelor has graced Bachelor Nation fans this January, and Peter Weber has taken the pilot’s seat as he searches for the co-pilot of his dreams! Every season Reality Steve provides a breakdown of spoilers episode-by-episode along with revealing who ultimately wins! However, this season is different. Reality Steve isn’t exactly sure who wins and has only named the final two contestants as of this time. Follow along as we breakdown Peter’s final 4 and the possible winner!

According to Reality Steve, this season Peter will narrow down his potential love to the final four: Kelsey Weier, Victoria Fuller, Madison Prewett and Hannah Ann Sluss. There was some drama around one hometown date – specifically Victoria’s and Kelsey’s.

Victoria got dumped on her date with Peter, but then patched things up with him in his hotel room. While on Kelsey’s date, the producers tried to get her father on the show – she and her sisters have a contentious relationship with him – but was immediately shut down by someone in the family after they discovered what they were trying to do.

After the hometown visit episodes, Peter decided to send home Kelsey Weier and then the final three head off to Australia for their overnight dates.

Reality Steve revealed that he heard more information about how Victoria was eliminated after overnights and how “she is not part of any of the equation when it comes to the finale.” In typical Bachelor fashion, it was expected of Peter to have feelings for Victoria still, but this didn’t happen – she was eliminated in third place.

With Victoria out of the race, the last two women are Madison and Hannah Ann.

Reality Steve has said that he is pretty sure that Peter does not get engaged to anyone on the final rose ceremony day, Madison’s dad did not give Peter his blessing to marry his daughter during their hometown visit date, he might be with Hannah or Madison – but they do not get engaged in Australia.

You’ll have to continue watching The Bachelor to find out. 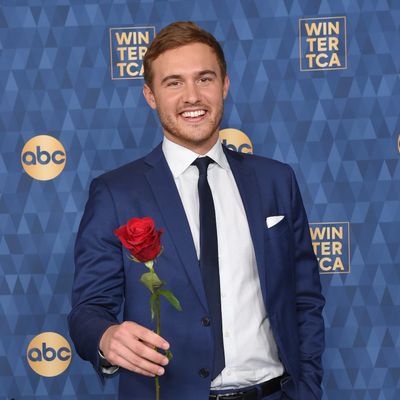