Season 24 of The Bachelor took flight in a big way! On Monday, January 6, Peter Weber’s season began with a 3-hour premiere that included 30 introductions, a sunset flight, a few feuds already forming and one big surprise visit from Hannah Brown. Fans already know that this season is one of the most dramatic yet, and luckily for them Reality Steve has everything broken down by rose-ceremony right to the final one!

Read on for major spoilers for rose ceremony #2!

The premiere ended with Hannah Brown and Peter talking Brown’s decision to send him home when he was on her season of The Bachelorette and the feelings they still have for each other. She admitted she regretted the decision and questioned it all the time. The two then talked more about why she didn’t choose him, why she asked out Tyler instead of him, and why she never reached out to him, which left the conversation going in circles until Weber said this to her: “I did kinda want you to come back on. I don’t know what to do about it right now, I’m so confused.”

Despite the intensity, Reality Steve has confirmed that Hannah Brown and Peter part ways once again amicably and she does not return to disrupt his season or search for love, leaving him open to explore his romantic future with his many contestants.

Moving on from the “ruined” group date, it was time for cocktail hour.

At the cocktail hour, Reality Steve reveals a “champagne-gate” occurs, which can be considered either one of the most dramatic or hilarious incidents to happen on the season so far. Kelsey Weier brought a two-year-old bottle of champagne to share only with Weber. However, the production team “accidentally” gave it to Hannah Ann to open with him without telling her the bottle’s significance.  Kelsey walks in on them and sees Weber and Hannah Ann open the bottle and she lost her temper and yelled at Hannah Ann. The two then worked it out amongst themselves and have been fine since post-show – leaving it simply as “I didn’t know it was yours.”

After the fight, it was time for the star to eliminate three women from the competition. After Weber gave roses to the women he wanted to stay, he sent home contestants Lauren Jones, Payton Moran, and Courtney Perry making that 11 women already sent packing and only 19 left!

The Bachelor returns next Monday, January 13 at 8 p.m. ET on ABC. 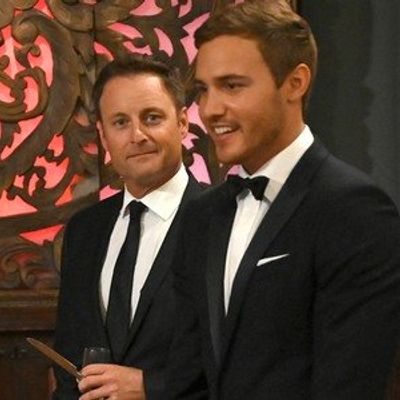