After Hannah Brown’s rollercoaster season, many frontrunners emerged in the race for the next lead of The Bachelor, and while ABC has not made an official announcement on the next Bachelor, spoiler king Reality Steve already has the answer!

According to Reality Steve, the next Bachelor will be Peter Weber aka “Pilot Pete” who was in Hannah’s top three during her Bachelorette season.

“(SPOILER): When the “Bachelor” announcement is officially made (guessing next week or the following), it will be Peter Weber. Not too surprising. That’s who I’ve said I thought it would be for the last month. This isn’t isn’t a guess, a prediction, or “most likely.” It’s him,” Reality Steve shared on Twitter on Sunday, August 25.

Fans were disappointed when the next Bachelor wasn’t announced at the After the Final Rose special following season 15 of The Bachelorette, and it seems that is because ABC had a difficult decision to make with so many men up for the job. Standout options included Peter Weber, Mike Johnson, Hannah’s runner-up Tyler Cameron, and recently Bachelor in Paradise’s Derek Peth became a fan favorite.

While many hoped ABC would finally have their first black Bachelor with Michael Johnson, a source said that Pete has been the frontrunner for quite some time.

“Pete was always the first pick but producers wanted to see how Paradise went with Mike. They love him but aren’t sure if he is ready to carry a whole show.”

“It could always change,” the source told E! News, “but Pete’s been their pick since Hannah’s season ended and Tyler started dating Gigi Hadid.”

Peter Weber has amassed quite a few fans since his top three appearance on Hannah’s season and he quickly reached one million followers on Instagram, but some might not be too thrilled with the pick either. While Jed Wyatt’s girlfriend drama eclipsed everything else on the series, many fans have not forgotten that Weber was also accused of having a girlfriend before he entered the show.

Of course, there is always a chance Reality Steve is wrong as ABC has been known to try to throw him off by leaking the wrong information! 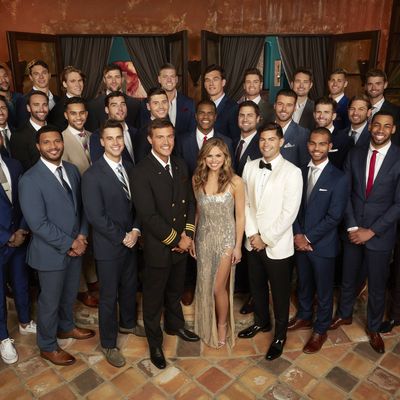