On Monday, April 6, Reese Witherspoon hosted an Instagram Live alongside her pal Jennifer Lopez. During their conversation, Lopez told Witherspoon that she and her 12-year-old twins Emme and Max recently watched Legally Blonde together, which prompted a much-needed update about the status of Legally Blonde 3.

“Oh, my god, we watched Legally Blonde the other day,” Jennifer told Witherspoon. “Literally, like, four days ago. Oh, my god, I forgot—I can’t believe I didn’t tell you. They loved it. Loved it. It was so much fun. You were so amazing in that. It’s so great. And then, my daughter’s like, ‘I want to know what happens to her.’ And I said, ‘There’s a 2 and a 3, I believe.'”

Witherspoon, being excited to hear that her children were fans of the hit flick, chimed in, “Well, no, there’s a 2 but I’m thinking we might be working on a 3.”

Thrilled with the teaser, Lopez urged the Big Little Lies star to purse for a third Legally Blonde movie. “You should. You should,” she insisted. “That character was so amazing and so empowering and inspiring. Yeah, it’s great for girls.”

In 2018, Witherspoon excited fans everywhere when she confirmed that Legally Blonde 3 was in the works by sharing an Instagram snap of herself wearing a sequined pink bikini with the caption, “It’s true…#LegallyBlonde3.”

Before Legally Blonde‘s sequel was official, Witherspoon commented on what the potential third installment could look like. “A lot of writers over the years have come up with different ideas for it,” she said back in 2015. “I actually think it’s kind of great right now, because we’re talking about women in politics and how important that is to get more women. I think it’d be kind of a cool thing to have her be a Supreme Court justice or someone who runs for office—like president!” 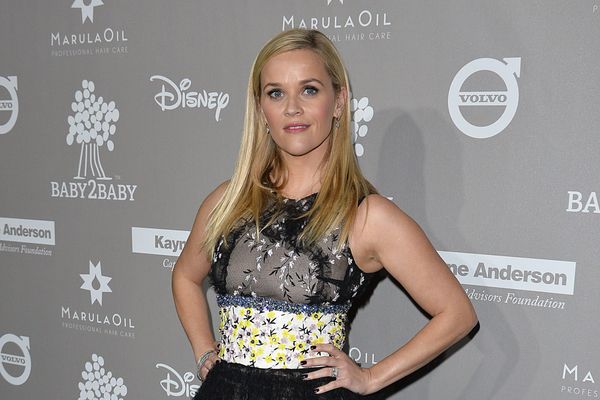