Last night’s episode of The Real Housewives of Beverly Hills on Tuesday, Feb. 21, begins with Kyle Richards going shopping with her sister, Kim. They start talking about the Gatsby party and Kim admits Edens behavior was bizarre, but surprisingly, she had a nice chat with Lisa Rinna, which prompts Kyle to then let her know that Rinna has been talking about her…again. She assured Kim she was going to get to the bottom of it, but that she should keep Rinna and Eden at an arms length.

Lisa Rinna is determined to defend her honor ever since Eden spilled the beans about their conversation (the one where she called Kyle and enabler and claimed Kim Richards was “close to death”). She sang the same old tune to Eden that she “couldn’t remember having a conversation saying things about Kim,” and recounted her awful ambush in Mexico. She then asked the burning question of why Eden went to Lisa Vanderpump and didn’t talk directly to her.

Eden’s defense was that what she said was the truth and she’s “not a troublemaker.” In her one-on-one camera interview she once again reiterated that “Lisa said it. I never put words in that woman’s mouth.” While we all know this is true, we’re still not quite sure what Eden’s end game is here in terms of making friends.

After her conversation with Rinna, Eden phones Dorit and gives her a run down of what happened. They both agreed Rinna was in the wrong, but then Dorit asked, “Do you think it’s induced in some way?” To the camera, Eden wonders if Dorit just accused Rinna of having a pill problem. While riding in the limo together, Dorit revealed to Kyle that Eden is sticking to her story. Even though Kyle doesn’t like Eden, she seems to believe her.

In the midst of all the drama, Erika enjoys a nice lunch with her husband, Tom. She tells the camera that while not everyone understands their marriage, it works for them. Kyle spends time working on her upcoming scripted show and admits Kathy and Kim were apprehensive about it at first, but she’s determined to keep it positive.

Later on in the episode, Rinna receives a humanitarian award for her work with Project Angelfood. Unsurprisingly, there is a big fancy gala to attend and Dorit, Kyle, Eden, Erika and Vanderpump all gather to help prepare meals prior to the event. Kyle and Eden are forced to work together at a station, and while things are polite and friendly, there’s definitely some tension.

All of the women attend the event in support of Rinna, except for Vanderpump and Eileen, who was still sick from their trip to Mexico. While the women are all seated together at a table, Eden begins talking about a new man in her life who she described as a much younger “former model” who lived in London. Oddly enough, she also said she hadn’t met him in person. At this point, Kyle feels she has been polite long enough and tells Eden that the relationship “sounds like a flippin’ disaster” and that she could do better. Instead of noticing Kyle’s icy tone, all she took from it was that Kyle cared about her. 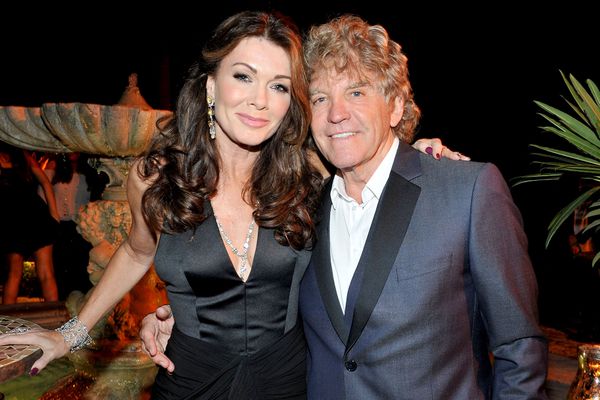