Robert Pattinson admitted on Wednesday, November 20, on the “HFPA In Conversation” podcast that if it weren’t for his role in Harry Potter and the Goblet of Fire as Cedric Diggory, he wouldn’t be acting.

“It was a really nice environment on Harry Potter,” Pattinson said on the podcast. “Even compared to movies I’ve done since, it was very protected, the way the kids were treated. I’ve watched on movies where you see a kid who’s got their tutor and it doesn’t exactly seem like they’re really going to school. I mean, it’s just kind of [like] they are fulfilling a legal requirement. But in Harry Potter, it was like they were at school and they were kind of doing work at the same time.”

He recollected about the press tour for the film fondly, saying it “was amazing” and it left the actor feeling thankful.

“I remember going to Tokyo for the first time and sitting in my room, looking out over the city and being like ‘How has this happened?'” he said. “I really like that movie … I wouldn’t be acting if it wasn’t for that.”

After Harry Potter, the star went on to act as Edward Cullen in The Twilight Saga from 2008 to 2012. In April, the actor admitted to USA Today that he rewatched Twilight: New Moon, “just the other day, and it genuinely does have an incredibly good soundtrack.”

He continued and added that once the film franchise’s fanbase calmed down, it has made connecting with fans more enjoyable for him.

“It’s lovely now that the mania is not so intense,” the 33-year-old actor said. “People come up [to me] and just have very fond memories of it. It’s a really sweet thing. I think the only scary part was right in the thick of it all, when it was very, very intense. Now the intensity has died down and it’s just very warm memories.”

Pattinson will star as the next Batman in the upcoming movie The Batman set to premiere in 2021. 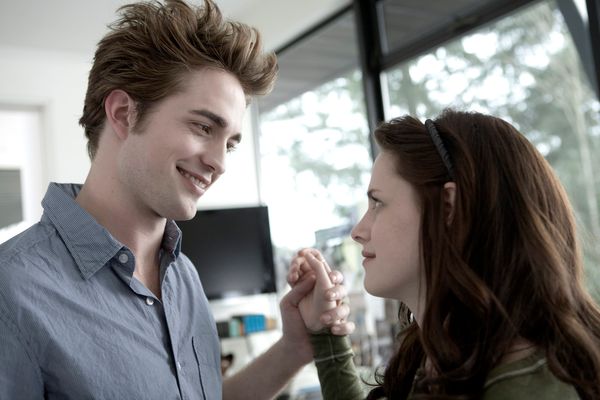 Things You Might Not Know About The Twilight Franchise