Following the exit of longtime main cast member Farrah Abraham, the search was on for a replacement. Rumors circulated that MTV was simply going to make Ryan Edwards’ wife Mackenzie Standifer the new cast member as they already filmed her a lot and because the pair are expecting their first child together. The rumors also said that Teen Mom 3 star Mackenzie Douthit was also in contention for the lead role, and finally last week it was announced that Bristol Palin was being added instead, and it didn’t take long for news to come that Ryan Edwards and Mackenzie Standifer had quit.

“We’re not returning to Teen Mom this season. The network told us they don’t want to show Ryan as a recovering addict,” Standifer told E! News on, claiming that MTV “did want to enter a contract with our unborn baby and have the baby film with Ryan’s parents so it would look like someone else is raising it.”

Ryan then took to his Instagram to share, “They don’t want to show me or Mack in a happy light or that I am active in my recovery. I AM. They want me to look angry, passive aggressive and uncaring regarding things that mean the most to me. I’m done taking their shit and letting the world believe this by standing up for myself. You’re believing a lie. And soon… very very soon, you WILL see the TRUTH behind the LIAR.”

Ryan added to E! News, “They want to want to talk about us but they don’t want to pay us and film us.” “They also want to take Maci’s word on how I’m doing,” Ryan also said. “Maci’s said she’s not going to film unless I enter rehab again and quit the show. But I’m sober.”

“The show had been paying for my healthcare and for the baby so they could film the visits and then a week ago they let me know that would no longer be the case,” Mackenzie revealed. “They’re not going to film the birth. We’re not going to be on at all. Maci can’t speak to Ryan and Ryan can’t speak to Maci – that was a mutual decision. But she doesn’t know what’s going on in our lives.”

With the exit of Abraham, and not Edwards and Standifer, and the addition of Bristol Palin, reports also indicate that MTV’s former The Challenge star Cheyenne Floyd has been cast as the fifth mom of Teen Mom OG, because Teen Mom 2 now also follows five main storylines after adding Teen Mom 3’s Briana Dejesus to the cast. Floyd has not confirmed this news however.

“I know they did want five girls to begin with after Farrah [Abraham] left to sort of resemble Teen Mom 2,” Mackenzie told E! News about almost being the fifth star. “But they didn’t want to see another recovering addict storyline. So they’re writing us out of the show right now and making it seem like we dipped out on our baby, on Bentley and on everyone. And that’s just not the case.”

Mackenzie and Ryan revealed on Teen Mom OG in March that they’re expecting their first child together. Mackenzie also has a son named Hudson with her ex Zachary Stephens while Edwards shares son Bentley with ex Maci Bookout. 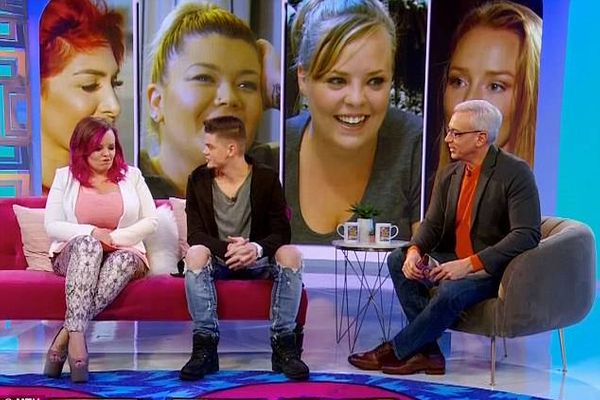