It seems Samantha Markle has had a change of heart!

Ever since it was announced that Meghan Markle would be marrying Prince Harry, Markle’s family, specifically her half-sister Samantha has continuously slammed the former actress, her fiance and his royal family in the media, but now Samantha has made a public apology.

“There is so much water under the bridge and so much has spun out of control that was never intended to,” Samantha, 53, said during an appearance on the U.K. talk show Jeremy Vine on Monday, October 1. “I think everybody [in our family] was hurt at not being included or invited to the wedding, but I felt as though it could have all been nipped in the bud had everyone been included. We all just agreed to move forward with positive resolve and the hurt feelings wouldn’t have snowballed.”

She then made a comment meant for Duchess Meghan: “Believe it or not, it doesn’t mean that we love you any less. I just think that families can be this way when there’s confusion and when people are hurt. So moving forward, I apologize and I wish things could be different.”

Earlier in the interview Samantha had said she visited Buckingham Palace on Sunday, September 30 but stayed outside. “I’ve always wanted to see London, but really I wanted to make the trip and sort of speak the wishes and thoughts and sentiments of my father, and hopefully get a message to my sister,” Samantha said of her intentions. “Things aren’t really what they seem. There’s so much misperception. Hopefully we could clear up record and move forward with peaceful resolve.”

Samantha reiterated in the interview that she hasn’t spoken to Meghan for several years as their relationship had broken down well before Meghan began dating Prince Harry.

“I think that perhaps she was hurt. I felt like she should know better than to believe tabloids. But I think, quite frankly, she probably believed what she was seeing as well. I guess there’s also protocol that you say anything and I think that snowballed into a lot of hurt feelings on everyone’s part.”

Regardless, Samantha said, “I’m hoping that we can have a happy ending to the story.”

Samantha, who acknowledged that Meghan has no reason to trust her anymore, went on to praise Harry, saying, “He’s such a gentleman and so savvy. I would say she’s found her prince.”

“She’s in very good hands,” Samantha added, “so I couldn’t ask for more.”

Meghan’s parents, Doria Ragland and Thomas Markle, were a mixed-race couple who met in the late ‘70s on a television set. Her mother is African American while her father is of Dutch and Irish descent. “My dad was a lighting director for a soap opera and my mom was a temp at the studio,” she wrote in an essay for Elle UK in 2015. “I like to think he was drawn to her sweet eyes and her Afro, plus their shared love of antiques.” She grew up in The Valley in L.A. where there wasn’t a lot of diversity and people would assume her mother was the nanny.

12. Her Parents Divorced when She Was Six

Markle’s parents divorced in the ’80s when she was six years old. After the divorce, she lived with her mother, but she would visit her father every day after school on the set of Married…with Children where he worked. She remained close with both of her parents following their divorce and has paid tribute to her father for ensuring that she had the best opportunities growing up.

11. She Has Two Half-Siblings

Prior to meeting the Suits star’s mother, her dad was married to a woman named Roslyn Loveless, and they had two children together, Thomas Jr. and Samantha. After Thomas divorced Meghan’s mother, she still remained close with her half-siblings. According to Thomas Jr., he would go to her school productions. “I’d go to her school productions,” he told Daily Mail. “When you saw Meg on stage, even as a kid, it was clear she was going to be a star. She came alive.”

10. Both of Her Parents Filed for Bankruptcy

Her dad filed for bankruptcy in 2016 in California. He had credit card debts of $33,540 and a savings of only $222. He has also been the subject of four legal claims over the past 20 years for unpaid tax bills. Her mother, on the other hand, declared bankruptcy in 2002 over a $52,750 credit card bill, according to the UK Daily Mail.

Meghan’s mother’s ancestors were cotton slaves. “Like many African Americans, Doria can trace her lineage back to the days of slave labour in the Deep South states of Georgia and Tennessee, in particular the area around Chattanooga,” Halima Sadat wrote in Harry & Meghan: A Royal Engagement. Her grandmother, Netty Allen, grew up during racial segregation and discrimination and left the deep south and moved to Ohio, which is where Meghan’s mother Doria was born.

8. Her Dad Lives in Mexico

Her dad Thomas currently lives in Rosarito, Mexico. Her uncle Michael said that he chose to move there because the cost of living is better than it is in the United States. He lives in a small beachfront house that is perched on a 120-ft cliff that overlooks the Pacific Ocean, drives a Volvo S70 and a red Ford Escape, and shops for groceries at a Walmart that is a few miles away. He also owns an apartment in Los Angele in the city’s Los Feliz suburb.

7. Her Sister has Multiple Sclerosis

Her half-sister Samantha (who is 16 years older than her) was diagnosed with multiple sclerosis in 2008 and is now wheelchair-bound. She is estranged from her mother, brother, father and Meghan, but she’s given a number of interviews about her half-sister. She claims that she and Meghan have barely spoken since her MS diagnosis.

6. Her Brother Was Arrested

The actress’ half-brother, Thomas Jr., was arrested on New Year’s Eve along with his fiancée Darlene Blount after they had an altercation. Thomas Jr. reportedly held a gun to Blount’s head while she allegedly hit him. Blount was charged with fourth-degree assault and spent nearly a day and a half in jail while Thomas Jr. was released without charge.

5. Her Mom Has a Master’s Degree

Doria, Meghan’s mother, has a Master’s Degree in Social Work from the University of Southern California. According to her Facebook page, she does social work at Didi Hirsch Mental Health Services and Wise and Healthy Aging in California and works specifically with the geriatric community. She reportedly quit her job ahead of the royal wedding so that she could pursue her dream of starting her own practice.

4. Her Sister Is Writing a Book

Samantha is writing a book about Meghan and her family called The Diary of Princess Pushy’s Sister. According to her, it’s not going to be a tell-all, but instead will be a memoir that focuses on race. “It’s only a tell-all in that I recant beautiful nuances of our lives, our family home,” she said. “More importantly, it has to do with the interracial evolution of this country through the lens of my life in my family since the civil rights act until present, and how that intersects with the recent events with my sister.”

3. Her Mom Is Really Close to Her

The actress is really close with her mom, Doria, who she describes as a “free spirit. “She’s got dreadlocks and a nose ring. She just ran the LA Marathon. We can just have so much fun together, and yet, I’ll still find so much solace in her support. That duality coexists the same way it would in a best friend,” she told Glamour.

2. Her Dad Was Nominated for an Emmy

1. Her Dad Won the Lottery

Meghan’s dad won $750,000 in a California state lottery in 1990. She was just nine years old at the time. “If Meg marries Harry she’ll have won the lottery of life but dad winning the lottery helped us all,” her brother Thomas Jr. told the Mail on Sunday. “That money allowed Meg to go to the best schools and get the best training. Meg is someone who has always had laser focus. She knows what she wants and she doesn’t stop until she gets it.” 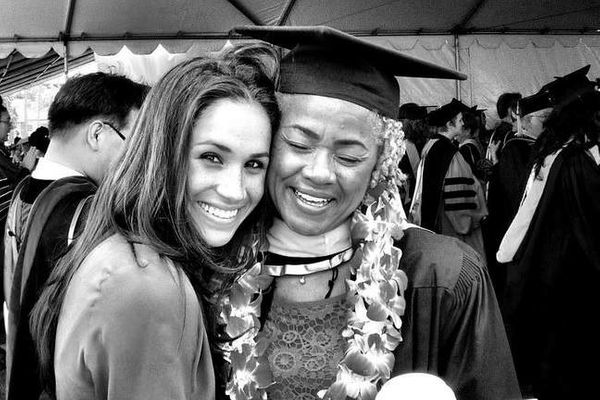 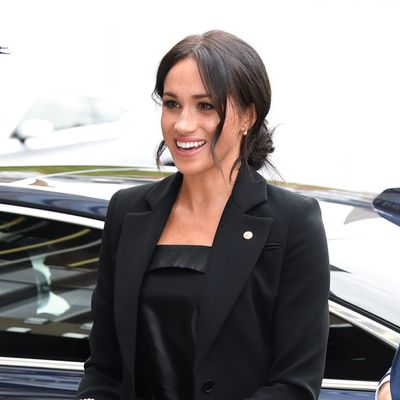