For almost ten years actor Simon Helberg has been one of the central stars on the hit TV comedy The Big Bang Theory as Howard Wolowitz.

Over the years, time and time again Helberg has provided much of the “laugh out loud” comedy on the show thanks to his excellent portryal of his quirky and quick-witted character, but while on The Late Show with Stephen Colbert, he revealed he almost passed up the role which now pays him a whopping $1 million per episode.

Right away Colbert said to him, “I understand that you almost didn’t do this job, that you had another gig. You were like ‘I’m not even sure I want to do Big Bang Theory.'” Helberg admitted, “Yes. I have great instincts. Like the instincts of a squirrel. You know, like when you’re driving and a squirrel stops in the middle of the road, and you’re like, ‘really, that’s your instinct?’ Well, that was mine. I almost got hit.” As it turns out, at the time he was offered the part, Helberg was doing a show called Studio 60. “It was great, great group of people, but people weren’t watching it, and that’s part of the equation.” He then said he did pass on Big Bang Theory saying, “I didn’t want to play nerds anymore,” but luckily for fans he was finally “convinced.” “I think I made a good choice,” he said.

Helberg also commented on the rumors that The Big Bang Theory will be ending after its 10th season, simply saying, “We’re having a great time doing the show, so I think we’ll keep going if people will have us.” In early June, however, Helberg’s co-star Kunal Nayyar had fans thinking it could be the end of the show when he stated,  “Look, next season, as it stands on our contract, could be the last season of Big Bang Theory.” Nayyar added, “To be completely honest, I know people are gonna want to know what happens after season 10. I don’t know what’s going to happen.” He also did say, “If it were up to me, personally, I would love to do the show as long as you guys would have us on the air.” 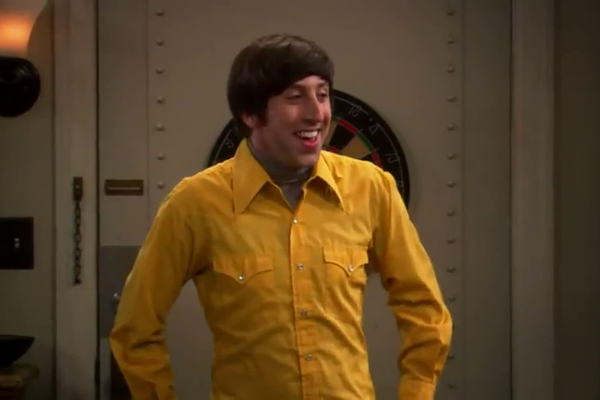