There weren’t any dull moments this week on The Young and the Restless, Days of Our Lives, General Hospital and The Bold and the Beautiful! Find out what happened with our recap for January 27, 2021:

Wednesday on Y&R, Phyllis shared her playbook with Summer as she tried to deal with the ambitious and conniving Sally Spectra. Also, Mariah was caught completely off guard when she received a surprising request while Sally’s past caught up with her in Genoa City.

On Wednesday’s episode of DOOL, Kristen’s rage reached new heights today as she threatened to shoot Chloe! Meanwhile, Tony and Chad joined forces to try and save their sister; Xander filled Victor in on what his nefarious son Philip has been up to; and Anna offered Abigail a bit of marital advice.

Several things happened on Wednesday on GH. Willow was there for Sasha when she needed someone to lean on. Peter used the power of the press to publish an article. Elizabeth was in need of a friend and found someone who would do that for her. Jax and Nina managed to avoid the bait that’s been laid out for them. Nikolas found that he had a lot on his mind.

On B&B on Wednesday, Ridge came on strong about Zoe’s relationship with Carter after he caught her flirting with Zende. Meanwhile, Bill — who is more in love with Katie than ever — fell on his sword in an attempt to win her back. 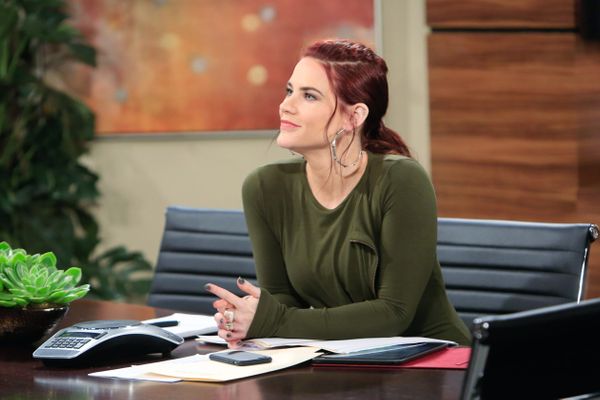