Jo Rivera is a married man!

The couple wed in Bloomfield, New Jersey, with Lowry and Rivera’s 8-year-old son, Isaac, as well as Vivi, his daughter with Torres, taking part in the ceremony as ring bearers.

Lowry, who also shares son Lincoln with ex-husband Javi Marroquin and another son Lux with ex-boyfriend Chris Lopez shared a few pictures from the event including one with herself and her longtime friend Rebecca Hayter, captioning the photo, “wedding date.”

On Twitter she posted another selfie with Rebecca and wrote, “Thank you for being my BFF & date to this wedding. And wiping my tears as I bawled @hayter25.”

They posted photos and videos from the celebration on social media that showed the newlyweds entering the reception to Bruno Mars’ “Marry You” as guests including Lowry cheered loudly. Another clip showed the pair’s first dance as Mr. and Mrs. to Ed Sheeran’s “Perfect.”

Rivera and Torres dated for a couple of years before they welcomed their daughter Velisse “Vivi” Eva in October 2015 and the pair announced their engagement in April 2016, writing on social media, “It’s been a long time coming but I’m so happy to finally [be] engaged to the woman of my dreams. Very excited for our big day.” 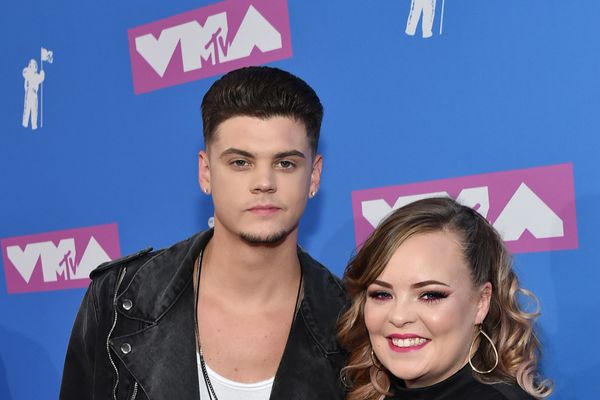