As the stars of Teen Mom get older and expand their families, newly married Ryan Edwards and Mackenzie Edwards are the latest to announce a pregnancy!

One day after the news broke that Ryan, who shares son Bently with Teen Mom OG star Maci McKinney, was expecting his first child with wife Mackenzie, the expectant mom opened up about her pregnancy to E! News.

Mackenzie revealed that she is due in October and added that Ryan is “so excited” to become a dad again, while this is also her second child after previously welcoming son Hudson with her ex-husband. Unfortunately for Mackenzie, it hasn’t exactly been easy. “I’ve just been so sick with this baby,” she admitted. “I was throwing up all the time up until two weeks ago. Then I was feeling great and now I’m sick again.”

She added, “With Hudson I had energy, I was never sick, I never threw up. But now, I get the slightest smell in my nose and I just throw up everywhere.” While both are super excited to be parents again, she said Hudson literally said, “I don’t care,” when she told him he was going to be a big brother, but explained he’s only 4-years-old so he won’t really get what’s going on until he “sees a belly.”

As for fans of Teen Mom OG, they will be seeing a lot of Mackenzie’s pregnancy journey as she said all of her doctor’s appointments have been filmed so far, but did say Maci hasn’t congratulated the pair. “I don’t think she’s very happy about it. I feel like anybody that’s happy about it would just reach out and say, ‘Congrats!’ You know, kind of put everything aside and just be like ‘congrats.'” 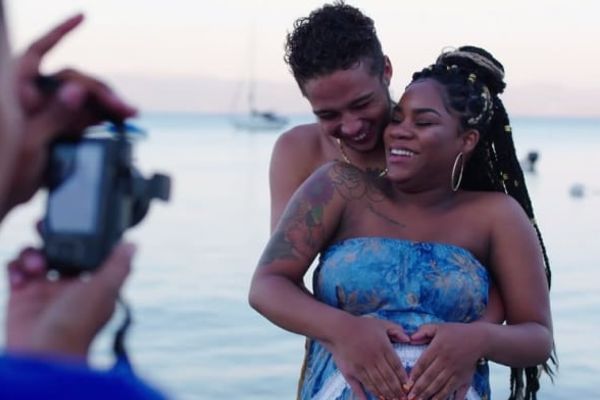 12 Things To Know About MTV’s ‘Teen Mom: Young And Pregnant’