Courtney Perry is on team Kelsey Weier amid the #ChampagneGate drama on The Bachelor.

Perry, who was eliminated on this week’s episode of The Bachelor, sat down with PEOPLE TV‘s Reality Check on Tuesday to talk about the moment when Peter Weber and Hannah Ann Sluss accidentally popped Weier’s 2-year-old bottle of champagne, that she was waiting to share with him, during the cocktail party. After Weier found out about what they did, she called Sluss a “f–king snake” and a “fake b–tch.”

While some Bachelor Nation fans and viewers thought her reaction was over-the-top, Perry defended Weier’s reaction and said it was “justified.”

“I definitely do think her reaction was justified,” she said to the outlet. “I think anybody would have a reaction like that if they were wanting to have a special moment and it got ruined.”

The Bachelor contestant then said that Weier “was just really upset and emotional about how it went down.”

Perry added, “Because she had been saving that bottle of champagne to open on a special occasion for such a long period of time now. So I think when she heard the bottle pop, she was like, ‘Oh no, you’ve gotta be kidding me.’” She also revealed that Kelsey was having a “really rough patch with like, the things that have been airing so far” on Peter’s season of The Bachelor.

When asked about whether she thought Sluss knew what the significance of the champagne bottle meant to Weier, she didn’t have a clear-cut answer.

“It’s hard to say if she did do it deliberately,” Perry pondered. “I mean, I think on night one, we all knew that Kelsey wanted to share that moment with Peter, and she unfortunately wasn’t able to do that.”

She added, “The only thing that bothered me was that when it happened, she just didn’t even apologize for it.”

“She was basically like, ‘I appreciate your feelings and I’m acknowledging them,’ but she didn’t really have anything else to say about it,” Perry said. “She never apologized. Not that I’m aware of and not that I saw.”

On Monday’s episode of The Bachelor, Sluss insisted it was an honest mistake and that she didn’t know that the bottle belonged to Weier. However, Weier refused to believe her and snapped at her, saying, “You are fake, and I know what you did, and it’s f—ed up. I’m not about that. You’re calculated. I’m real, you’re calculated. That’s the difference between us. And I’m over it.”

Later that same episode, Sluss reached out to Weber about how she was “up all last night crying” about Weier’s bullying.

“I approached Kelsey last night and she told me to f— off, then I went down to her a second time and she said I was a bitch, that I was a princess, just went and tore me up,” Sluss revealed to him. “My spirit was crushed, and I felt bullied. It was really, really, really hard.”

“That’s not okay with me, at all,” Weber said. “I don’t want to see you hurt. I already feel such a connection with you and I know you have such a beautiful heart. … I’m sorry that you felt bullied, and I’m not going to put up with that.”

He then confronted Weier on her alleged behavior and bullying, and told her, “If that is the case, that’s not okay with me.”

“I didn’t have a problem with her until she did what she did, and she knew what she did,” Weier said to him, while crying. “I don’t like her. She knows that.”

Weier continued, “I’ve been bullied in the past, and there’s a difference between me saying not nice words to her face and constantly bullying somebody.” 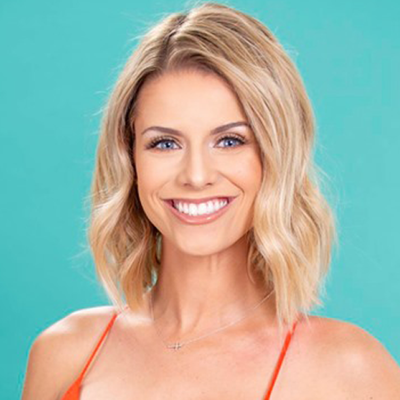