Fans of the once very popular TV show Gilmore Girls were excited to learn that many of the cast members as well as the show’s creator reunited for the ATX TV Festival on Saturday, June 6, eight years after the show ended.

Lauren Graham (Lorelai), Alexis Bledel (Rory), Scott Patterson (Luke Danes), Jared Padalecki (Dean) as well as several others and creator Amy Sherman-Palladino were all on hand to reminisce and dish on their own thoughts of the show, but the one thing everyone wanted to discuss was if the possible movie rumors were true.

Scott Patterson was the one who sparked the excitement after he took to a podcast stating “There is some activity” in bringing the group to the big screen.

Unfortunately Sherman-Palladino was quick to squash that stating, “I’m sorry, there’s nothing in the works at the moment,” but kept the spark of hope alive by adding, “Nobody here hates each other. That’s very important… if it ever happened, I promise you we’d do it correctly.”

Patterson, however, continued his encouragement of the project, “My personal feelings though are that fans really deserve it. They have given us so much love and affection… let’s give them a love better back.”

Fans can only hope that the movie does come to fruition after many believe that there were several other shows better fitted for a big-screen turn before the newly released Entourage feature film. 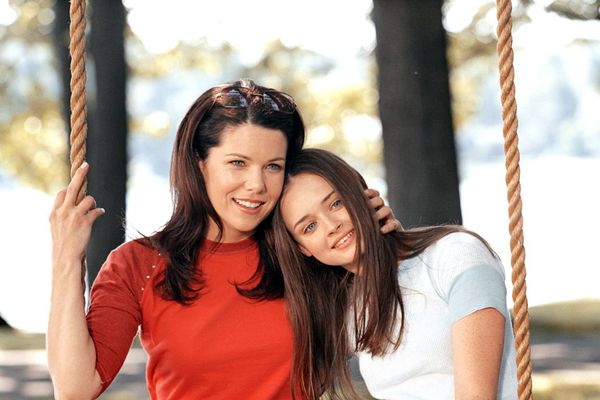