The Royal family had a special guest for royal fans in honor of Prince Charles’ 70th birthday — two new candid photos of the Prince of Wales with his wife, his sons and their families.

The palace shared the photos which were taken by photographer Chris Jackson in the gardens of Clarence House for Charles’ 70th birthday on Wednesday, November 14. For the first photo, Prince Charles and his wife Camilla are sitting on a bench with Kate Middleton and Prince William’s son Prince George sitting on his grandpa’s knee while Princess Charlotte sits politely beside Camilla. Kate is standing behind Charles holding young Prince Louis with her husband Prince William standing beside her. Prince Harry and his wife Meghan are standing behind Camilla and Charlotte, all with beaming smiles. “This new photograph of The Prince of Wales and his family has been released to celebrate His Royal Highness’ 70th birthday. The photograph was taken by @chrisjacksongetty in the garden of @clarencehouse,” the photo was captioned.

The second photo was much more candid, captioned “This second photograph of The Prince of Wales and his family has also been released by @clarencehouse to celebrate HRH’s 70th birthday. The photos were taken by @chrisjacksongetty in the garden of Clarence House.” In the photo, everyone seems to be loving as Meghan bends over in laughter, and Camilla and Charlotte cuddle in close with big smiles as Camilla points to the camera.

Of course at the time in September when the photos were taken, Meghan and Prince Harry had just found out they were expecting their first child, but the big news wouldn’t be revealed until the following month when they embarked on their Royal Tour. 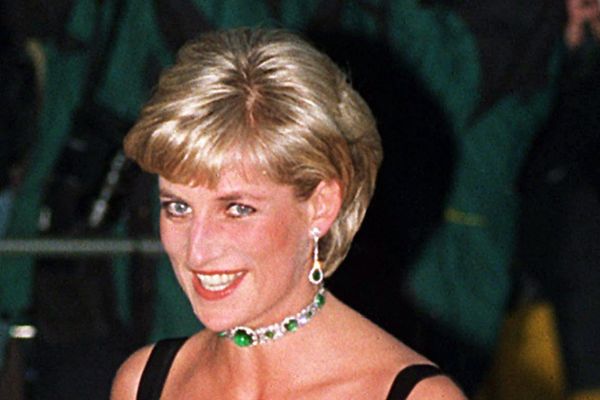 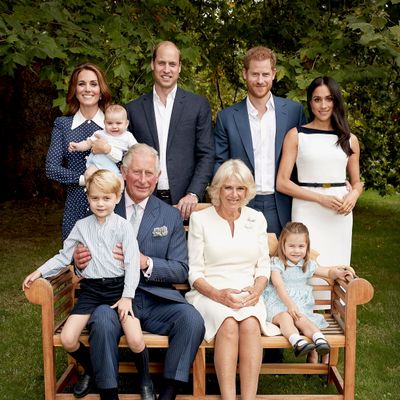