“Been seeing the posts about the insensitivity of some past ANTM moments and I agree with you,” Banks tweeted on Friday, May 8. “Looking back, those were some really off choices. [I] appreciate your honest feedback and am sending so much love and virtual hugs.”

In the resurfaced clip, which is the latest of several that have been shared online and raised eyebrows in recent months, Banks confronted contestant Dani Evans for not closing the gap in her teeth. “So, Danielle, you went to the dentist but you refused to have your gap closed,” Banks said in the clip, which is from the show’s sixth season. “Do you really think you can have a CoverGirl contract with a gap in your mouth?”

“Yes, why not?” Evans replied.

“This is all people see. It’s easy, breezy, beautiful CoverGirl,” Banks said, and pointed to her teeth. “It’s not marketable.”

The clip went viral on Twitter, with some users expressing their anger directly at Banks for shaming Evans’ tooth gap. On the other hand, other users pointed out that a different contestant in season 15 was told to widen a gap in her teeth.

In a video Evans posted to her Instagram, she addressed the clip, saying that she agreed to partially close her gap on the show to avoid elimination. Evans later went on to win the season.

“Nothing or no one was going to stand in my way. And it wasn’t about copping out, it was about understanding what really carries weight and holds value in my life — and teeth wasn’t one of them,” Evans said.

Evans also added a special message to “all the young queens” who might have been affected by the America’s Next Top Model clip. “I want to remind you of your worth,” she said. “You are so loved, you are so adored, and you’re beautiful.”

In 2018, Banks told Entertainment Weekly that part of her “passion” on the show was showcasing different ideals of beauty. “Being black and being curvy made me empathize with people who didn’t fit the cookie cutter,” the longtime host said. “Whether it’s the girl with alabaster skin and red, frizzy hair with freckles all over her face to a girl with Ebony’s skin and close-cropped hair and features she didn’t feel were considered beautiful in society.”

She added, “In putting these girls on the show and saying, ‘You are beautiful,’ I wasn’t necessarily telling them they were beautiful; I was using them as a vessel to tell millions of girls around the world who looked like them that they were beautiful. This has always been a passion of mine. It’s so nice to see it’s normalizing. I guess Top Model has normalized what difference is in beauty.”

Been seeing the posts about the insensitivity of some past ANTM moments and I agree with you.  Looking back, those were some really off choices. Appreciate your honest feedback and am sending so much love and virtual hugs. ❤️ 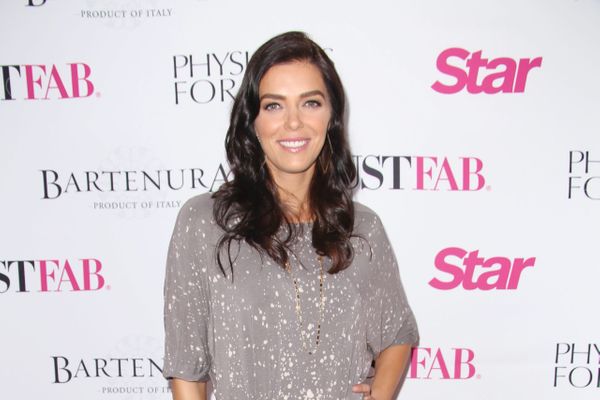 10 Popular America’s Next Top Model Winners: Where Are They Now?