ABC’s The Bachelor and The Bachelorette are all about creating this wild emotional ride on a journey to find love paired with unbelievably romantic dates, fairy tale scenarios and lots of free-flowing champagne — it’s no wonder people get caught up in the moment! The surrender to love and reality television often leads to the most entertaining of blunders and this list celebrates the very best off-cue moments. We’re counting down some of the most embarrassing Bachelor moments ever!

Season 19 of The Bachelor made way for Prince Farming, Chris Soules, and in an embarrassing moment at the rose ceremony, bachelorette contestant, Jillian Anderson, misheard her name and stepped forward without actually being called. And if that wasn’t embarrassing enough, when she tried to step back after realizing her mistake, her heel slipped kicking the rug out in front of her and she nearly tumbled. She tried to laugh it off, but the obnoxious laughter made it all the worse and Chris stepped forward to help her fix the carpet. Even the other bachelorettes couldn’t hide their mortified expressions!

When Jake chose Vienna, audiences were speechless, but what was worse was the very public break up that ensued in an interview with Chris Harrison. In one of the ugliest showdowns in Bachelor history, accusations and tears flew as Vienna confronted Jake, calling him a “fame whore” and a “liar.” She said she expected a normal life with a pilot but instead got a life in LA with an unemployed actor pursuing a career in the biz. By the end of the he-said, she-said slandering, Vienna seemed to emerge as the winner. But Jake later redeemed himself somewhat when both Vienna and Jake were cast on the second season of Bachelor Pad, Jake tried to make amends to no avail, and Vienna was left looking like a pouting princess.

Just the name should trigger memories of the embarrassment he should have felt for just about everything he said, but leave it to Clare to tear him a much deserved new one! After getting called out by Andi for being unemotional and insensitive, Juan Pablo was left to make a decision between Clare and Nikki. Throughout the season, Juan Pablo had been downright awful to Clare, making out with her in the ocean and turning around and implying that she was easy, but Clare got her moment of revenge when Juan Pablo turned her down. She flat out stated that she had zero respect for him, refused to accept a hug goodbye, and stormed off being sure to get the last word! You go girl!

9. When Nick Viall Called Out Andie for Sleeping with Him

Nick Viall became responsible for one of the most cringe-worthy moments in history when he asked Andi Dorfman during the “After the Final Rose” episode why she would make love with him if she wasn’t in love with him. In the Bachelor world, there’s an unwritten rule about the fantasy suite – what happens in there, stays in there – and Nick obviously was aware of this. Despite being completely humiliated, Andi handled herself well, calling the question “below the belt” and something that should have been kept “private.”

During the first episode of Sean Lowe’s season of The Bachelor, contestant Lindsay Yenter tried to steal the show by getting out of the limo wearing a wedding dress. Even though the stunt didn’t seem to taint Sean’s opinion of her, viewers were less than impressed – and that includes some Bachelor Nation alumni. “Wedding dress when meeting a guy for the first time: bad idea,” season three Bachelor Pad winner Nick Peterson tweeted.

When Blakely Shea made a scrapbook for Bachelor Ben Flajnik, which detailed their time together, viewers were divided over whether it was a sweet gesture or a stalker-ish one. Even though he seemed to like it, it wasn’t enough to keep her in the game and he sent her packing soon after. Now that’s gotta hurt!

We all know that the success of The Bachelor partly relies on everyone loosening up with a drink or two, but when contestants show up to party, bad things can happen. That’s exactly what happened to Tom McCormick on Ashley’s season of The Bachelorette. He got so intoxicated that he actually had to be escorted out to the goodbye-van by his fellow bachelors! How embarrassing is that? And to make matters worse, before becoming intoxicated beyond recognition, we got a taste of his personality when he wouldn’t stop making fun of Jeff Medolla, the infamous bachelor contestant who sported a mask for many episodes. In the end, Medolla took the rose and Tim made his drunken departure looking like a ridiculous frat boy.

In season 9 of The Bachelor, bachelorette Kim Jackson made quite the drunken blunder of her own. While Prince Lorenzo was busy cozying up with one of the women on the group date, the other ladies took to consuming copious amounts of free-flowing alcohol. After too much to drink, Kim participated in an embarrassing mumbled interview and passed out on a beach chair. When Lorenzo woke her up, she made the mortifying mistake of thinking he was one of the waiters. Obviously, she didn’t earn herself a rose and was sent packing after the mishap!

Everything was wrong about this couple! But the two made no fans when they elected to go skinny dipping together. I mean, at least he ended up choosing her, so the fact he got naked with one of the ladies isn’t as bad as it could have been. But the action was aired as one of the sneak peaks of the season and many fans felt that the nudity took the show to a new level of low-brow. And this was before everyone got to know how awful Courtney was and how much she liked to show off her bod! In the end, the couple became engaged but it was short-lived. Less than a year after getting engaged on the show, the couple called it quits, and according to Courtney’s dad, it was Ben’s controlling behavior that caused the split. No matter the reason, fans saw that one coming!

On season 8 of The Bachelor, contestant Allie Garcia-Serra made no secret about why she had taken to the reality series in an attempt to find love. She told the ironically named Dr. Travis Stork, “Quite frankly my eggs are rotting” and that she was “ready for the reproductive stage in my life.” Yikes! That’s obviously sent the eligible bachelor running for the hills. When Ali didn’t receive a rose, she baffled audiences and angrily declared, “He’s just like every other stupid doctor.”

2. A Producer Cozying Up with a Bachelorette

Bachelorette, Rozlyn Papa, joined The Bachelor to compete for the affection of Jake Pavelka on the show’s fourteenth season but was asked to leave after allegations surfaced that she was having an affair with one of the show’s producers. Rozlyn faced Chris Harrison during the Women Tell All special, and he ousted her for her relationship with a married man. Papa responded in kind and accused the then-married Harrison of hitting on the fired producer’s wife in the past. Harrison stated, “I won’t dignify that with a response. I hope you will become a better person through this.” Ouch! You know when the show’s host is attacking you, you’ve completely embarrassed yourself!

In perhaps one of the most awkward Bachelor moments ever, the beloved single-dad, Jason Mesnick, changed his mind after making his final choice and proposing to Melissa Rycroft. Jason had become a fan favorite on DeAnna Pappas’s season, and seemed like a true gentleman, but he shocked fans when he embarrassingly broke things off with Melissa, who perhaps aptly called him a “bastard,” to turn around and beg for another chance with runner-up, Molly Malaney. While this move was incredibly humiliating and earned Jason a lot of haters, it turned out to the right move. Jason and Molly married for Bachelor fans to see on The Bachelor: Jason and Molly’s Wedding in 2010, and Rycroft has gone on to marry and have a very lucrative television career. 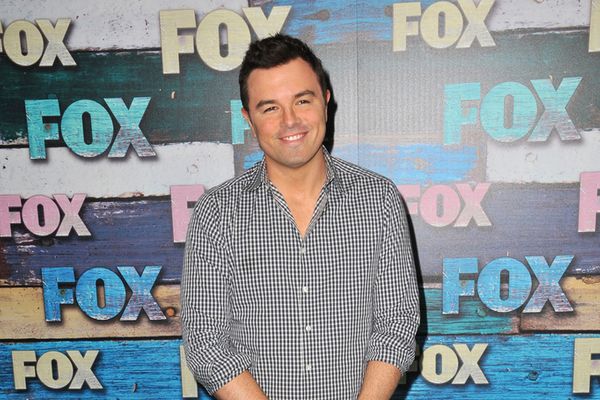 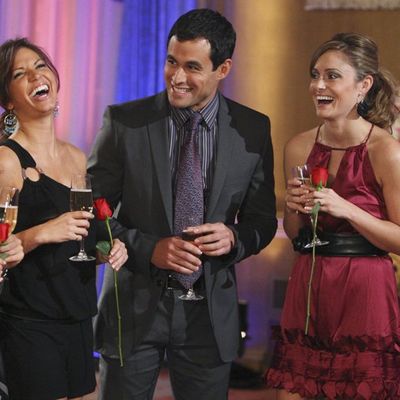