There are so many Hollywood hunks that we regular types would just love to get our hands on! The eligible A-listers are just beyond our reach, BUT if they were cast on The Bachelor we may have a fighting chance. Someone call Chris Harrison! This list celebrates the men of our dreams that we’d love to see in the role of bachelor on ABC’s smash hit show.

Orlando Bloom’s split from Victoria Secret model Miranda Kerr makes him an eligible man. This star of The Lord of the Rings and the Pirates of the Caribbean series also happens to be an avid animal lover. While filming Kingdom of Heaven in Morocco, Bloom rescued and adopted a dog, Sidi. Aww! He’s also a practicing Buddhist and is heavily involved in environmental initiatives such as Global Green. A dream date on The Bachelor with Orlando would include visiting an animal shelter and rescuing a dog in Tibet, before having dinner in a rooftop garden next to some cleverly disguised solar panels.

will.i.am is a singer, songwriter, rapper, entrepreneur, actor, musician, record producer, and philanthropist. I would say that’s a decent resume to land him on our list of eligible men. As the nephew of former NFL player Lynn Cain, a dream date with this stud would involve a session at the studio laying down some tracks before heading to the private viewing box to watch the Super Bowl.

He’s got the music, he’s got the accent…what more can one possibly want? This soulful young songwriter has crooned his way into the hearts of women everywhere, and he also happens to be a very generous supporter of charities. He raised £40,000 for a charity that reaches out to street sex workers stating, “There’s a lot more popular charities that get a lot of attention. And with certain subjects like this they’re often washed over and people don’t necessarily give them the attention they deserve.” In 2012 Sheeran purchased a farm near Framlingham where he hopes to raise a family. The perfect Bachelor date with Ed would be finding love right where you are with a cozy evening by the fire on his farm while he serenaded you and played the acoustic guitar. Oh Ed, I’ll take you ‘into my loving arms.’

Forget his High school Musical days, Zac has officially become a bona fide hunk! He’s also an animal lover with two Australian Shepherds named Dreamer and Puppy, and a Siamese cat named Simon. While he’s not overly original with the names of his pets, we can forgive him. According to Forbes in 2015, Efron’s net worth was $18 million! A Bachelor dream date with Zac would include some time on the beach that required him to take his shirt off.

This A-lister is more than just a pretty face. He also happens to be working on his PhD in English at Yale, he’s studied French, and in his spare time he likes to paint. He’s the dreamy nerd! While his sexuality has been questioned in light of his portrayal of gay characters and his support of the LGBT community, it just means that Chris Harrison will have to broaden the scope of the cast, Tila Tequila style. A dream date with James Franco would involve an afterhours study session in a private library.

This man is so gorgeous that Stephanie Meyer based her description of Edward Cullen in her Twilight novels on this babe. Unfortunately, he was too old to play a 17 year old when the film was produced. He even lost the role of Cedric Diggory in Harry Potter and the Goblet of Fire to Robert Pattinson, but we’re not sorry. He’s our man of steel, who can also speak French and has conversational skills in Italian and German. He’s very patriotic and is the ambassador for The Royal Marines Charitable Trust Fund. A Bachelor date with Superman would involve a private viewing of a war museum and dinner at the Eiffel Tower, where he would have a conversation in French with the waiter just so you could watch.

Being the son of a director and screenwriter may have put a silver spoon in this leading man’s mouth, but we can overlook that.  He’s a politically active celeb and has stated that he selects movies that he thinks are political. He also enjoys woodworking which makes him a hands-on manly man and cooking, how romantic! He practices mindfulness and tries to meditate every day, so to top it all off, he’s sensitive too. Check, check, check – he has it all. A date Bachelor style with Jake would involve a Tuscan style villa, excessive amounts of perfectly aged wine, and a chance to watch Jake put his mindful cooking skills to practice.

Leonardo has seen his fair share of romances with models and actresses. Why not give us regular folk a shot? This Academy Award nominee has had women swooning since Romeo and Juliet and Titanic, and he has certainly matured since then. He is heavily involved in environmental issues and he has bought an island off of mainland Belize in order to create an eco-friendly resort. In 2010 he donated $1 million to the Wildlife Conservation Society. A dream date with Leo would be a Romeo and Juliet meets The Great Gatsby style charity masquerade to raise money for baby lions. Leo would then quote Shakespeare of course.

This Scottish manly hunk developed an unbeatable body for his role in 300, but he’s a hero in real life too. During the filing of Brown in 1997, he saved a young boy from drowning in the river Tay and received a Certificate of Bravery from The Royal Humane Society. Oh, and he sang in a rock band while working on his law degree. Smart, talented, beautiful, a singer, and saves children?! That makes him one of our most eligible bachelors! A Bachelor date with this A-lister would involve a helicopter rescue mission to save a village from an erupting volcano. Trust me…Chris Harrison could make that happen!

This man can do it all, and that places him at the top of our eligible bachelors for The Bachelor list. Crooner and Family Guy creator, Seth MacFarlane can draw, do hilarious voices, sing, produce, host, act, and write. And he’s won the accolades to back him up. He has a Grammy Award for his work in Family Guy: Live in Vegas, Music Is Better Than Words and was nominated for an Academy Award for Best Original Song for co-writing the opening song in his film Ted. Seth MacFarlane has built an empire of cartoon hits, films, and albums giving him a net worth of an estimated $150 million! A Bachelor date with this dreamboat would involve taking his private jet for martinis at a crooner lounge in llama land. 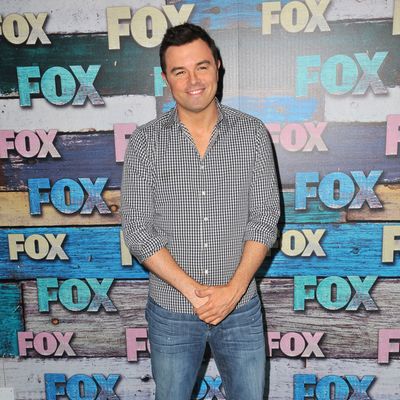