Vanessa Williams Is Returning To Days Of Our Lives

Vanessa Williams is returning to Days of Our Lives!

The actress announced on Instagram that she was back on set filming. “Back on my #dayjob #daysofourlives @nbcdays #workinginthepandemic #gratitude,” she wrote. In the same post, she gave a shout out to her hairdresser. “Hair by @sistacrownkeeper Mad props and GRATITUDE for coming thru with a quickness! 👏🏾👏🏾👏🏾👏🏾 Hit her DM…tell her I sent ya!”

In a separate post, she also shared a backstage video about filming post-lockdown. According to her, the cast and crew have to wear surgical masks and there’s testing even before going on set. She also had to do her own makeup but, in spite of all the changes, she said she is “happy to be working.”

Williams has been portraying Valerie Grant, Eli’s mother, on Days since 2016. Prior to this role, she had roles on a few other TV shows, including  Melrose Place, Soul Food, The Flash, and Famous in Love. She also appeared in the crime drama film New Jack City and the first and fourth films of the Candyman film series.

There is no word yet on what Valerie will be doing once she returns to Salem, so fans will need to tune in to find out! 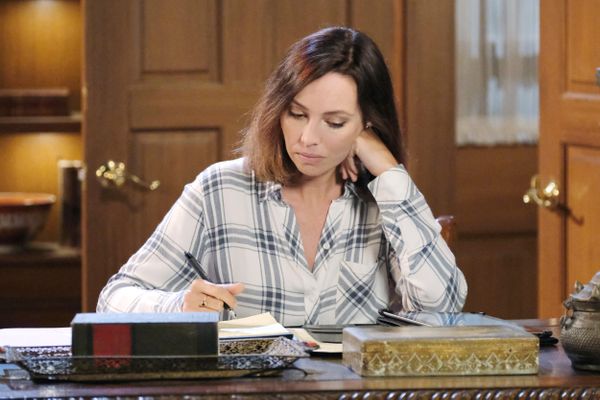