We Weigh In: Did Y&R Overreact By Firing Richard Burgi?

Well, it’s February sweeps on The Young and the Restless (Y&R) and all eyes are on Ashland Locke. After months of speculation about this shady business tycoon, Genoa City’s finest are finally catching on that something’s amiss about Victoria’s hubby.

However, in the midst of this drama, another seismic shift will happen this month: Ashland Locke will suddenly look like an entirely different person! That’s because Y&R fired actor Richard Burgi last month and replaced him with Robert Newman, who will take up the role on February 9th.

News of Burgi’s dismissal stunned audiences. The soaps veteran, who previously appeared on General Hospital and Days Of Our Lives, had taken a short-term role and popularized it to the extent that Y&R reportedly gave Burgi a contract extension. And then suddenly, he was dismissed.

Want spoilers? Check out Young And The Restless: Spoilers For February 2022

As Burgi puts it, he was fired for “naively and inadvertently” violating the show’s policy, as it relates to the global health crisis. He tested positive for the virus over Christmas, isolated for five days (as per the CDC’s recommendations), waited until he tested negative and then returned to work. He claims he didn’t know that CBS insists on a ten-day isolation period, and was let go for that reason.

But why was Burgi fired, as opposed to suspended? Yes, he should have been aware of his network’s policy, and yes, he should be penalized for not obeying it. A suspension would show that CBS takes its health protocols seriously and is willing to make an example of anyone who doesn’t comply.

However, if we take Burgi’s account at face value, he had exercised some diligence in getting tested and isolating (albeit not enough). He admitted to accidental wrongdoing, but he still took precautions. This doesn’t sound like someone who is indifferent to the health and safety of others.

“I felt terrible about it. I still do,” Burgi said of his unintended breach in an Instagram story. “It bothers me mightily, but it is what it is. I respect whatever the show’s decision is. They’re doing the best they can, as we all are.”

CBS gets full marks for keeping its employees safe, as the Y&R set hasn’t been ground zero for any outbreak. Having said that, it seems harsh that Burgi’s punishment is in line with former General Hospital (GH) stars Ingo Rademacher and Steve Burton, who chose again and again not to comply with ABC’s health mandate.

In all likelihood, the political firestorm that descended on GH last year – not to mention, the national spotlight it attracted – might have compelled Y&R to make an example of Burgi. However, it’s an unforgiving stance to take, coming from a network that (unlike ABC) doesn’t have a health mandate in effect.

Would Burgi’s punishment have been as severe if not for the health mandate drama on the set of GH? Would Y&R stars like Peter Bergman or Lauralee Bell be given the pink slip in similar circumstances? Or, did CBS use Burgi’s breach as an excuse to unload the actor for other, unspecified reasons? Many Y&R fans find it fishy.

Burgi’s story and Y&R‘s silence leave us with an incomplete story. Why couldn’t CBS tell Burgi to go home and finish isolating for the additional five days? Did he accidentally put co-stars or other employees in danger? Was he asked the same health questions upon entry that we all encounter when venturing into public spaces? And if so, shouldn’t he have been barred from even accessing CBS property?

Want more spoilers? Check out Young And The Restless Spoilers For Winter 2022

Viewers on forums and message boards have debated whether the firing was an overreaction, but in the end, the choice has been made. Like so many of us, Burgi failed to read the fine print on his corporate health policy; unfortunately for him, he neglected to do so during a global health crisis.

“I already adore her. She’s really terrific and she’s a professional through and through,” Robert Newman recently said of co-star Amelia Heinle. “She’s been very generous and patient and we are finding all sorts of really surprising connections between these two characters already.”

Although Ashland’s future bodes well in Newman’s capable hands, it’ll be difficult not to imagine how Burgi might’ve played future scenes. Here’s hoping the O.G. Ashland gets another chance to shine! 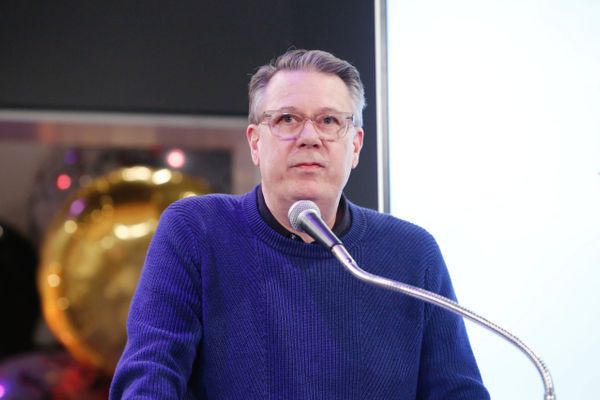