We Weigh In: Have Y&R Fans Had Enough Of Chance And Abby?

Young And The Restless’ (Y&R) Chance and Abby are getting on fans’ nerves. They were only engaged three weeks ago and they’re already getting married next week. Even Sharon and Rey, who’ve been together on and off for more than a year, are waiting until New Year’s Eve to tie the knot.

Almost sickly sweet, Chance and Abby just don’t seem to mesh all that well. Some viewers have complained that their scenes are just filler, and many aren’t heavily invested in the relationship. There’s also the issue of chemistry, or lack thereof, when it comes to this couple. At times, they’re just downright boring.

Want Y&R spoilers? Check out Young And The Restless Spoilers For The Next Two Weeks (November 23 – December 4, 2020)

When Y&R’s Twitter account posted an invitation announcing the nuptials, which will take place on December 1 at the Chancellor Mansion, many fans were quick to comment. “I have no interest whatsoever in this wedding, so I’ll pass, thanks,” one viewer commented. “Who gives a…,” another said. “Maybe treat all couples the same.”

This is a twosome who haven’t even been together a year. They also haven’t had any real storyline or angst, besides Chance supporting Abby while she battled Phyllis and of course Chance recently recovering from a gunshot wound.

Want Y&R plotline predictions? Check out Young And The Restless Plotline Predictions For The Next Two Weeks (November 23 – December 4, 2020)

However, it does look like they’ll have some trouble thrown their way before the I Do’s. The preview for next week shows a tearful Abby telling Mariah she can’t marry Chance. But spoilers tease they’ll go on a honeymoon, so it looks like the wedding will indeed take place.

Now that Melissa Ordway’s (Abby) real-life husband Justin Gaston has taken over the role of Chance temporarily (Donny Boaz will return), this couple did get a tad more interesting. Even so, viewers are still tired of them. Have fans had enough of Chance and Abby? 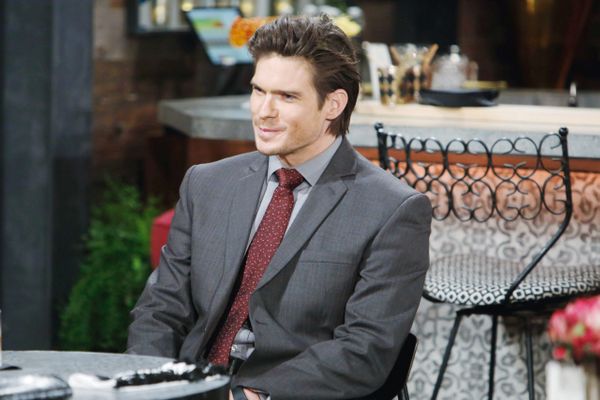 Young And The Restless Spoilers For The Week (November 30, 2020)