We Weigh In: Is Tripp Really Allie’s Baby Daddy On Days Of Our Lives?

Days of Our Lives (DOOL) spoiler alert for those who may have not seen the Tuesday, November 3rd episode. The DNA tests results are in, and they reveal that Tripp is Henry’s father!

With that said, this is the land of Salem we’re talking about, where DNA tests are never right the first time.

Here’s where things stand right now with the storyline. Allie is adamant that Tripp assaulted her while she was drunk one night in London. On the other side of the coin, Tripp is adamant that he did nothing to – or with – Allie that fateful night. Mix in the fact that Allie was drunk, and all signs are pointing to the idea that Tripp could be telling the truth, and Allie may be mistaken.

Want DOOL spoilers? Check out Days Of Our Lives Spoilers For The Next Two Weeks (November 2- 13 2020)

Tripp’s a good guy. Yes, he’s had bad moments on the show, and has made some poor decisions in the past; however, for the most part, he doesn’t seem like a vile person who would assault a woman and then lie about it. Add in the fact that he was genuinely surprised to see Allie when they first bumped into each other in Salem, and it’s hard not to believe he’s innocent. His reactions to Allie have not been one of a predator.

So, how is it that Tripp’s DNA is linked to Henry? Could an unknown family member be behind this? All arrows seem to be pointing in that direction, but with Tripp’s only known brother in jail (Joe) that seems unlikely. Plus, Joe is also related to Allie, which would make this both inappropriate and just plain gross.

Want DOOL plotline predictions? Check out Days Of Our Lives Plotline Predictions For The Next Two Weeks (November 2- 13 2020)

DOOL spoilers hint that Ava Vitali is set to return to Salem sometime in November. Momma bear will be more than ready to coddle her cub, who has been slandered and outcasted thanks to Allie’s accusations. Will Ava also provide some insight into a family tie that Tripp isn’t aware of? Could he have a twin brother/sibling that no one knows about? Plus, have fans already met this person? Looking at you, Charlie!

Of course, there’s a chance that Tripp has a twin who happened to be in London in the same area, potentially the same party, on the same night, and he’s the one responsible for attacking Allie and is Henry’s dad. It’s Days, so anything is possible!

Want more DOOL Spoilers? Check out Days Of Our Lives Spoilers For November 2020

There’s also room for a plot twist that sees Tripp turn evil. Maybe he did attack Allie and has developed the same mastermind attitude his mom has when it comes to hurting people by trying to deflect.

Either way, the DNA test results create an interesting facet to continue the conflict within Steve and Kayla’s relationship, as well as the struggles Johnson has with BFF John Black in this regard, as he also tries to support his son, when it seems as if the entire world is against him.

Do you think that Tripp is really Henry’s dad, or could it be someone else? 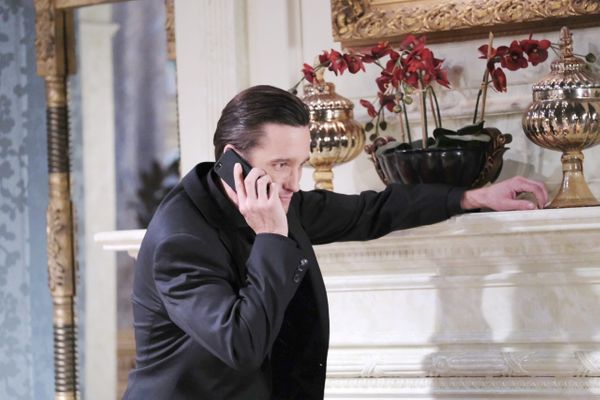