Who else is excited about the 48th Annual Daytime Emmys! This year, the awards show takes place on Friday, June 25th (EST) on CBS. The land of soap operas had a challenging year in 2020, like many industries. The 2021 ceremony provides an opportunity to reflect on the best-of-best daytime shows during the pandemic, and celebrate the achievements of talents in front and behind the camera that brought their game-face forward.

Want B&B spoilers? Check out Bold And The Beautiful Spoilers For Summer 2021

George Delhoyo, as Orpheus, Days Of Our Lives – NBC

Cady McClain, as Jennifer Horton-Devereaux, Days Of Our Lives – NBC

It’s never easy stepping into a role that has been established by another actress. In fact, as iconic as the Jennifer Horton character is, the original actress, Melissa Reeves, also happens to be a major Days fan favorite. Simply put, McClain knocked it out of the park playing Horton, and literally picked up where Reeves left off.

Cady not only brought Jennifer and her relationships in Salem to life. Who could forget her stellar portrayal of Laura Horton in February 2021 during the “flashback” sequence that brought the entire Gwen Rizczech storyline full circle? Actress Jaime Lyn Bauer must have had chills watching McClain in action.

Want DOOL spoilers? Check out Days Of Our Lives Spoilers For Summer 2021

Victoria Konefal, as Ciara Brady, Days Of Our Lives – NBC

Alyvia Alyn Lind, as Faith Newman, The Young And The Restless – CBS

Were any other Young and the Restless fans in awe whenever Alyvia graced daytime screens last year? Not only is she the youngest performer within this category, but her character also had one of the hardest 2020s within the land of soaps. Over the past year, Faith returned to Genoa City to help support her mom Sharon through breast cancer, dealt with an article that revealed her Uncle Adam kidnapped her as a baby, dealt with bullying (thanks to said article), and faced alcohol addiction.

That’s a lot for a 13-year-old to deal with, but both Faith and Alyvia rose to the occasion. It’s no surprise that Lind bid adieu to the land of daytime drama in 2021, as prime time came calling. She’s an incredibly talented young actress, and Fame 10 can’t wait to see what she does next.

Want Y&R spoilers? Check out Young And The Restless Spoilers For Summer 2021

Marla Adams, as Dina Mergeron, The Young And The Restless – CBS

Tamara Braun, as Ava Vitali, Days Of Our Lives – NBC

Courtney Hope, as Sally Spectra, The Bold And The Beautiful – CBS

Are there any other soap opera fans out there that wish Diane Miller could have more of a prominent role in General Hospital storylines? She’s like a light that shines brightly whenever she enters a scene. Actress Carolyn Hennesy is simply a delight to watch. Diane Miller is a strong, smart, charismatic character that brings passion, insight, a sprinkle of humor (when needed), and often common sense to any dialogue she engages in. Miller might not have had a tough year, and wasn’t involved in an overly intense storyline; however, Hennesy, as always, portrayed Diane flawlessly. Is there anyone that can be contacted at GH to give this daytime star more screen time? #MoreDianeOnGHNOWPlease.

Darin Brooks, as Wyatt, The Bold And The Beautiful – CBS

This was a hard call. On the one hand, what an evolutionary year Valentin Cassadine has had. He went from zero to hero in mere months. Valentin has always had fans teetering on whether they love or hate him. When he pulls awful moves like stealing ELQ from under the Quartermaines and fooling Nina into believing Sasha was her daughter, viewers hiss at the television. However, when he dotes on Charlotte, is a good friend to Alexis, or stares into Anna’s eyes, hearts melt. Cassadine transformed from bad to good in 2020, and perhaps this had a little to do with the fact that it turned out he wasn’t a “Cassadine” after all. For this and many more reasons, James Patrick Stuart gets an honorable mention.

With that said, there can be only one winner (for the most part), and Cyrus Renault entered the land of Port Charles in 2020, taking General Hospital by storm. The fact that audiences loathe Cyrus on every level means that actor Jeff Kober is doing his job, and doing it well! As public enemy #1, he’s the pinnacle of what a soap opera villain is all about: loves control, does dastardly things, and deflects responsibility. Plus, he’s got that greasy mob-boss look down pat. Renault also has layers, and like an onion, fans are watching them all peel back ever so slowly. Sure, he’s the resident bad guy, but family is important, and as time wears on (if he can survive shootings and explosions), Cyrus and Jeff Kober will hopefully continue to entertain daytime drama fans for years to come. 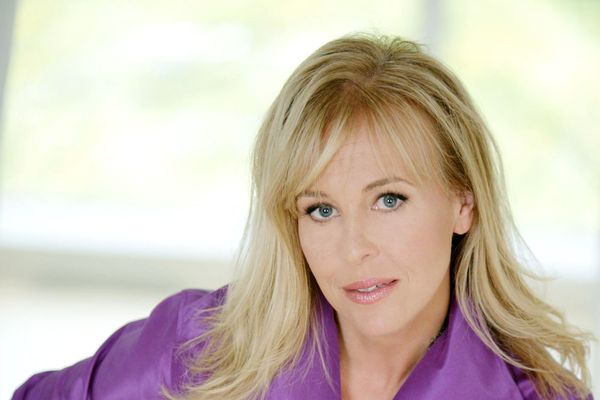