We Weigh In: Was The Y&R Twin Sister Reveal A Surprise Or Are Fans Bored Of This Storyline?

The Young And The Restless (Y&R) recently disclosed that Amanda is Hilary’s identical twin sister. But was it a surprise or are fans getting tired of this kind of storyline? Amanda arrived in Genoa City on September 18, 2019 and everyone was stunned by the Hilary doppelganger. Fans knew even then she had to be Hilary’s twin, and they were right.

Last week, Amanda discovered she had the same blood type as Hilary and their birthdays coincided. Nate suggested a DNA test and Amanda agreed to it if she could get Devon’s blessing. He approved and gave Nate some of Hilary’s belongings.

Devon’s current squeeze Elena immediately went into panic mode. She’s terrified she’s going to lose him either to Hilary’s memory or to her twin sister. But shouldn’t Elena have been expecting this from the moment she laid eyes on Amanda?

On Tuesday, viewers got the reveal they’d been waiting more than a year to see. “It turns out I had a twin and her name is Hilary,” Amanda told Devon. When she sought answers about her sister, she turned to Hilary’s widower. He told Amanda Hilary was certainly no saint, but he also glossed over a lot of the gory details and painted a way too rosy picture of his late wife.

Hilary waltzed into town on June 14, 2013 hell-bent on revenge against the Winters family. She tried to lure Lily’s husband Cane into bed but didn’t succeed. Then she married Devon’s father Neil and cheated on him with his own son. All of this led to Lily’s hatred of her and Hilary’s untimely demise in 2018.

Want Y&R plotline predictions? Check out Young And The Restless Plotline Predictions For The Next Two Weeks (September 14 – 25, 2020)

Once Hilary was pregnant and she and Devon were anticipating their happily ever after, she ended up being involved in a violent car accident, in a car driven by an angry Lily. She passed away in Devon’s arms in the hospital. Now she’s back, in the guise of Amanda.

Here’s an idea for writers. Instead of bringing back fan-favorites like Camryn Grimes and Mishael Morgan as Cassie and Hilary’s identical twins Mariah and Amanda, maybe writers shouldn’t kill them off in the first place. This type of storyline has really been done too many times. It’s stale, and fans deserve better.

Were you surprised by the Y&R twin sister reveal or are you tired of this kind of storyline? 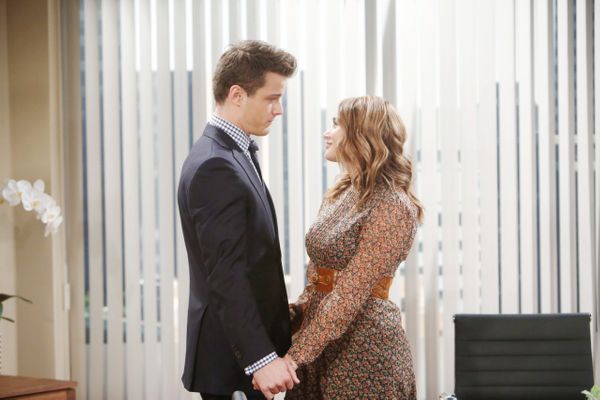 Young And The Restless: Spoilers For Fall 2020