We Weigh In: Were Emme Rylan And William deVry Fired From General Hospital?

Rumors have been swirling regarding the status of General Hospital (GH) actress Emme Rylan (Lulu Spencer) and actor William deVry (Julian Jerome). Have they been fired from the soap? Are Lulu and Julian on their way out of Port Charles?

What sparked the speculation were some social media posts from both Rylan and deVry.

Let’s start with Emme. On October 28th, Rylan hit Instagram and uploaded a photo of her entire family giving her a hug with, “Some days are hard and you just need your whole family to give you a hug,” as the caption.

So, Emme simply had a hard day, right? It was the flood of comments from present and former GH colleagues that had fans raising an eyebrow. Especially one from actress Nancy Lee Grahn (Alexis Davis) that read: “My sweet one, some choices are made for you, some are not. But the ones that are, often lead you to the best places. I’ve got a good feeling about that place for you, and that perfectly perfect gene pool hanging all over you.”

The following day, Rylan posted an update, as it seems she and her entire family (including pets) decided to go on a road trip. Her request to fans to help her “name” this new adventure she was about to embark on.

“Entire life put in storage and hitting the road with the best partner I could ever ask for (yeah that’s you @dmoney596 ), 3 kids, 2 dogs, 2 cats, lots of face masks and no real solid life plan. 😬 What could go wrong?! 🤣😂 Help me name this trip!” she wrote.

It’s hard not to think that Rylan has been fired. While no official statement has been made, the fact that Emme and her family are headed on a road trip makes it clear that she will not be seen in the land Port Charles in the weeks, maybe months, coming. Will Lulu be written off canvas, or will the role be recast? Could OG Lulu come back in the form of original actress Julie Berman? It seems more than strange that Lulu would leave the little town, just as Dante has returned. Especially if that decision was made by GH executives.

Then there are deVry’s cryptic tweets popping up, which started popping up on October 28th. One tweet read, “What should today’s song of the day be? Don’t Fear ‘The Reaper’??” Then, in a reply to another tweet, he said, “There just wasn’t enough room in the budget for the both of us.” Much like Rylan’s posts, these tweets imply that deVry has been let go from GH.

Seems like Julian Jerome’s days are numbered, which is sad because he was a dynamic character that was truly enjoyable to watch. His transformation from a mobster to a screw up (with good intentions) was remarkable.

But why let go of Julian Jerome or Lulu Spencer? Was it budget cuts that have led to these two firings? Another unexplainable reason? It makes no sense.

It’s important to note, no confirmation has been made, but are these character exits intertwined with November sweeps storylines? Are they remaining hush-hush to keep fans on the edge of their seats?

What do you think — were Rylan and deVry fired? 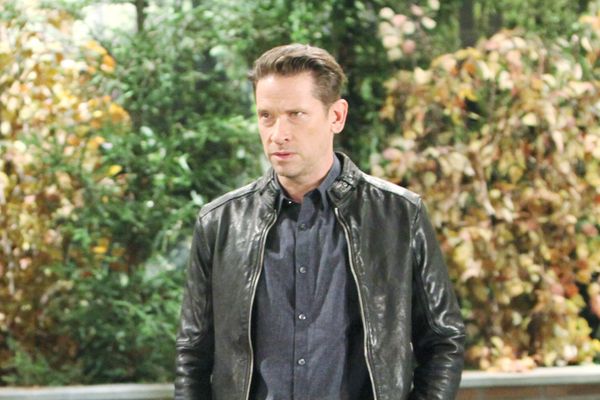