We Weigh In: Which Soap Opera Nominees Will Win A Daytime Emmy?

With the Daytime Emmys taking place this Friday, June 24th, Fame10 is predicting which actors and actresses will bring home the gold! As we select the nominees most likely to win, we’ll also tally your votes in the polls below!

Instinctively, Kimberlin Brown’s portrayal of Sheila Carter stands out. Yet that impression is largely due to her character’s recent arc, which includes a scene-stealing meltdown following the shooting of her son. Since Sheila’s antics were very one-note last year, Brown’s trophy may have to wait until 2023.

Instead, Melissa Ordway’s first Daytime Emmy nomination looks poised to result in her first win. Although her storylines weren’t very popular with Y&R audiences, Ordway did enough heavy lifting to be a front-runner in this category. From Mariah’s disappearance to Chance’s long-awaited return, Abby shed tears like a pro — a very bankable skill in daytime drama!

Thanks to the abundance of screen-time that head writer Josh Griffith bestows on her, Abby Chancellor never feels like a “supporting” character. Will that extra camera time give Ordway the advantage over memorable but smaller performances by Grahn, Theibaud and Haiduk?

When B&B viewers look back on 2021, two storylines stand out from the pack: Steffy and Finn’s wedding, plus the bizarre and groundbreaking love triangle between Quinn, Carter and Eric. As if the “Quarter” affair wasn’t mesmerizing enough, Eric was dealing with erectile dysfunction and unable to satisfy his wife.

The storyline was polarizing and, at times, uncomfortable. But when Eric learned about Quinn and Carter’s affair and actually sanctioned it, audiences received a potent reminder as to why John McCook has been a leading man in daytime television for so many decades.

At the frontier of taboo subject matter, McCook channeled discomfort, remorse, embarrassment and anger into a truly combustible performance. And while his fellow nominees were all reliable over the past year, nobody else had to sell a storyline this unusual!

There’s a reason why Cynthia Watros is so good at portraying Nina Reeves – they’re both fighters. Case in point: the former Lost actress had to survive the wrath of GH audiences when she found herself breaking up the iconic marriage of Sonny and Carly Corinthos!

When Sonny wound up in Nixon Falls with no memory of his true identity, GH fans found a new character they loved to hate in Ms. Reeves. For months, viewers anguished over the budding romance between Sonny and Nina and anticipated sweet mobster revenge on the blonde once the truth came out. The social media comments became so heated that both Watros and Sonny portrayer Maurice Benard had to ask fans to show some patience.

But it’s all water under the Secaucus Bridge! Against all odds, Watros forged an undeniable chemistry with her co-star that delighted audiences. As a result, many of the same viewers who wanted Nina to disappear are now backing this formidable power couple. Both on and off screen, Watros showed her mettle and deserves her first Daytime Emmy since 1998!

Bold and the Beautiful (CBS)

Days Of Our Lives (NBC)

The Young and the Restless (CBS)

Days Of Our Lives: Beyond Salem (Peacock)

This is always the hardest category. How does one compare storylines between soap operas, when each show excels at different types of storytelling? In the end, making this prediction comes down to a gut instinct. And while all of the nominees should be proud of their accomplishments in 2021, GH deserves the recognition for going above and beyond.

The ABC soap had an unforgettable year. GH writers invited new troublemakers to Port Charles in the form of Cyrus Renault (Jeff Kober) and a resurrected Victor Cassadine (Charles Shaughnessy). The long-running program also stepped outside of its comfort zone by marginalizing its fan-favorite asset (Maurice Benard) in Nixon Falls for a solid nine months.

However, GH made the biggest waves behind the scenes when Disney, their parent company, imposed a health mandate on all ABC studios. The beloved soap opera became ground zero for a politicized battle over personal freedoms, which created rifts between co-stars. Even when GH got sued by Ingo Rademacher and had to fire Steve Burton, the show maintained its high standards of entertainment. 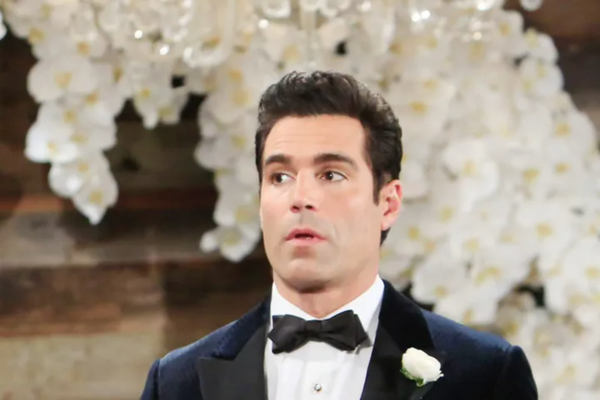 We Weigh In: Which Supporting Actor Deserves To Win A Daytime Emmy?