Who Does Arie Pick On The Bachelor 2018: Becca Or Lauren?

Season 22 of The Bachelor is coming together to be one of the most drama-filled seasons yet, especially with the bombshell that Reality Steve just dropped! The spoiler king is notorious for predicting the winner of The Bachelor before it is announced on television and Arie’s season is no different, however apparently there has been a huge plot twist!

According to Reality Steve, Arie will select contestant Becca Kufrin as the winner of the season and proposes, but after the first episode premiered he had second thoughts and eventually has broken off the engagement to pursue his runner-up, Lauren Burnham! This is one of the biggest mistakes a Bachelor can make, so we’re quite anxious to see how this plays out on television if Reality Steve’s predictions are true.

As for tonight’s episode, the contestants will be taken to Fort Lauderdale, Florida to continue their pursuit to find love. Arie will take both Chelsea Roy and Tia Booth on one-on-one dates where both relationships grow and Arie gives a rose to each lady. The episode will also consist of a competition style group date in which the ladies will compete for more time with Arie.

As for eliminations, Arie will send home Ashley Luebke and Marikh Mathias on tonight’s episode and will narrow down the contestants to 10.

As the weeks progress, Arie will further narrow down his competition with the final four being Tia Booth, Kendall Long, Lauren Burnham and Becca Kufrin! Only time will tell if Reality Steve is correct in his prediction that Arie regrets his choice to propose to Becca Kufrin.

For a full breakdown of the final seven with photos, click here! 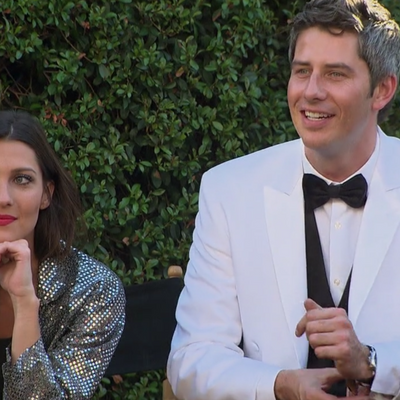