For most private stars who tend to keep their personal lives out of the spotlight, it isn’t uncommon for a public family debut to come during a walk of fame ceremony.

Stars such as Ryan Reynolds and Blake Lively, Adam Levine and Behati Prinsloo, and Dwayne Johnson and Lauren Hashian all brought their children into the spotlight for the first time during their star ceremony on the Hollywood Walk of Fame, and now Zoe Saldana has done the same!

The gorgeous actress was joined by her husband Marco Perego and their three sons: twins Cy and Bowie, 3, and 14-month-old Zen, who absolutely stole the show in adorable photos as Saldana beamed with happiness. When asked if she and Perego planned on having anymore children, the actress responded,  “No, no, no. Three is enough!”

Along with her sweet family, Saldana’s ceremony included the help of some other stars including her Avatar director James Cameron, and her longtime friend and former co-star Mila Kunis. Kunis’ speech was heartfelt, emotional and hilarious as she praise Saldana for being so smart and talented, and someone who “speaks three earth languages and a couple that James Cameron invented.” Kunis also said, “I admire you as a person, a wife, a sister, a mother, a businesswoman and as an actress. While the world knows you as the characters you have played, I have the privilege of knowing the working mom behind the scenes.”

Cameron also had nothing but high praise for the Guardians of the Galaxy star as he called her “resilient, strong, and determined,” adding, “Somehow she does all these amazing things while being a mom to three young boys, and, like I said, she is a force of nature.” 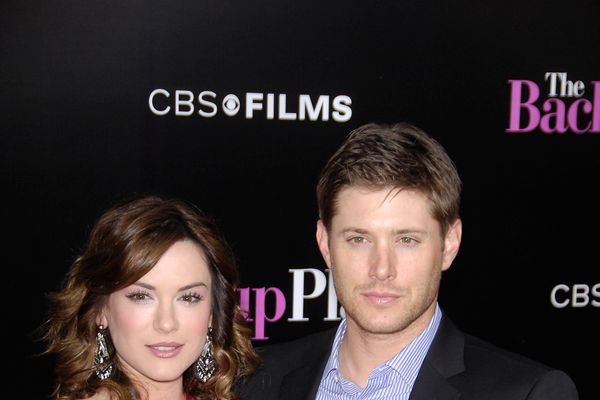