Young And The Restless: Plotline Predictions for May 2021

Will Chloe turn on Chelsea? Could Lawson skip town for a little while, or go to jail? Will Victor play a role in Chelsea’s downfall? How will Sharon and Nick handle Faith’s latest medical emergency? Will Faith end up being okay? Young and the Restless (Y&R) fans just love to speculate on storylines! As such, below are some Y&R plotline predictions for May 2021.

Y&R spoilers imply that Chloe could be in hot water for helping Chelsea out. Will she continue to protect Lawson, or sell her out? Chloe’s been a tremendous friend to Chelsea. In some ways, Lawson doesn’t deserve her loyalty as she simply followed her orders without question. If Chloe’s backed into a corner and her family is at stake, she’ll choose her kids and husband. Who could blame her for that?

11. Victor Stops At Nothing

Victor will have his plate full in May. Not only will he have to deal with Faith’s medical emergency, but he’ll go to the extreme to clear Adam’s name. Whatever fans want to say about the Moustache, he’s always dedicated to protecting his family. He knows Chelsea’s the one behind Rey’s poisoning, so what could he do to ensure she gets nabbed for this? He will use his power to intimidate Chloe. This would have her spill the beans to provide evidence and a witness. Then, there’s the chance he could also target the source.

Could Victor kidnap Chelsea and force a confession out of her? Would the Moustache kidnap Connor and use him against Lawson to get her to admit what she’s done? Viewers know that he’d never harm his grandson; however, he may try and take over guardianship of the boy. If he kidnaps Chelsea and holds her hostage, he could point out that both of Connor’s parents are missing. This would mean that he and Nikki could easily get custody of the boy. This might make Lawson confess — especially if he offers her a deal.

If Chelsea confesses to poisoning Rey, she could go to jail. Actress Melissa Claire Egan is expecting, so Y&R writers could be looking to write out the Chelsea Lawson character for a short time due to maternity leave. Chelsea’s scheming could land her in prison, but perhaps striking up a deal with Victor could lessen her sentence. This would clear Adam’s name, and bring him out of hiding.

Y&R spoilers note that Nick and Sharon won’t see eye-to-eye on something that concerns Faith’s medical crisis. Will they fight about potential treatments? Could Faith require a blood transfusion or transplant of some sort? Adam may come out of hiding if the Newmans are all getting tested. Nick and Adam could end up being a match. Sharon may believe it’s best for Adam to donate what is needed for Faith so that Nick can be stable for her recovery. Nick would decline this. Even if it meant putting his life on the line, he doesn’t want to “owe” Adam anything.

Whether or not Adam comes out of hiding for Faith, Sharon and Rey will be hanging by a thread in May. With that said, if Adam comes out and can help the young lady, this will add fuel to the fire — especially if Sharon defends him to Rey. Y&R spoilers indicate that Rey will confront Sharon on her feelings for Adam. She might very well admit that she does care for her ex. She could also admit an attraction to him. This would be a game-changer for the couple. Their marriage would be over.

While it will turn the entire family upside down, when all is said and done, Faith will end up being okay. She’ll come back from her medical crisis and spend much of May recovering. Moses will be a pillar of support and a nice friend she can turn to. While she’ll be sad that her mom and Rey are over, both Nick and Sharon will focus on getting Faith back to normal.

Lily and Billy have been on shaky ground lately and there’s a good chance the two could break up in May. Y&R spoilers seem to be hinting at this, but it doesn’t take a rocket scientist to see that Billy’s obsession with Cyaxares has rubbed Lily the wrong way. They’ll still lead ChanceComm together; however, there will be no romance. This will make working dynamics a tad harder, and there will be some drama between the two as they figure out the lines that can no longer be crossed within their corporate environment.

4. Vicky and Ashland Spend Time Together

Y&R spoilers note that Tara and Ashland will return to Genoa City this month for business. Meanwhile, Vicky Newman will be spending a significant amount of time with a business colleague, which will have people in town talking. Could Ashland and Victoria cross a line? Could Newman end up winning back the media deal so that they end up working long hours together? Locke might engage in an affair to get back at Tara, and Vic would be doing it because, well, she could use some romance in her life. Even if it is with a married man!

3. Billy Will Get Jealous

Of course the moment Billy’s relationship with Lily fizzles, Victoria will have moved on. This will make Billy-boy that much more interested in his ex-wife. Nothing makes his heart grow fonder than a little competition. Adding to the dynamics will be Lily’s reaction to how Billy handles watching Victoria with Ashland. Billy will warn Vic about getting involved with a married man, especially the Locke-Ness Monster, but this will ultimately be about jealousy.

Lola’s been trying to push Nate and Elena together with romantic evenings at Society; however, it hasn’t been working so well. In her effort to reunite the two, could she end up falling for him herself? Nate Hastings is handsome, smart, a doctor, but more importantly, a very decent guy. Could Elena’s friend share a kiss with her ex sometime this month? They could get closer as Lola tries to convince Nate that he should get back with Elena.

Mariah is in the early stages of carrying a baby. The first trimester can be the most critical. What if Copeland loses the Chabby baby? Could she even accidentally do something that causes such an event? This would frustrate and upset Abby. She may even blame Copeland. With all of Mariah’s second thoughts, if something were to happen, would she opt to “try again” or back out gracefully? 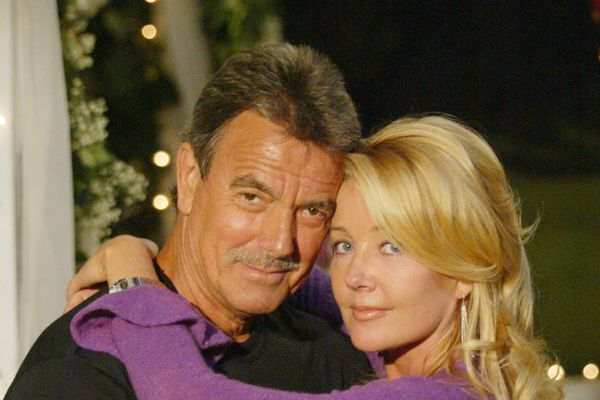