Young And The Restless Plotline Predictions For The Next Two Weeks (December 6 – 17, 2021)

Despite being someone who enjoys rivalries, Adam will call for a truce this week… but with whom? What will Chelsea be up to when she gets back to Genoa City? Will Chance readjust to “normal” life or struggle? The Young and the Restless (Y&R) fans just love to speculate on storylines! As such, below are some Y&R plotline predictions for December 6th to 17th, 2021.

Y&R spoilers for the week of December 13th imply that Adam will call an unexpected truce. It’s hard not to assume this could be Billy, considering their past; however, some other suspects could warrant this olive branch extension. After all, while he and Vicky have been getting along, things are starting to get shaky. Adam may decide to nip that animosity right away. Then there’s the idea that it’s Rey, but Rosales may not be willing to accept a “truce” from Adam.

Adam’s ex and baby momma, Chelsea Lawson, returns that week as well. These co-parents have been on shaky ground for a very long while now, and her comeback will be explosive. Adam could call a “truce” with his ex, in an effort to stand united for their son. With that said, could a “truce” lead to more?

Some female soap opera characters can be very territorial when it comes to men. Sally’s interested in Adam, and while it would be best for Chelsea to move on to a new love in Genoa City when she returns, she’ll likely have her eyes locked on Newman. This will create an interesting storyline, as Sally hasn’t only gotten close to Adam, but Lawson’s bestie, Chloe, too.

Will Sally and Chelsea engage in a quarrel? Probably, although poor Spectra has already battled Summer and Phyllis, so she may need a break. With that said, these women will not only work hard to get Adam’s attention (and possibly Chloe’s), they may also get competitive on a corporate level, as Y&R spoilers have stated that Chelsea will be working at Newman Media.

Chance is finally home — hooray! Now for possibly the hardest part in this journey between Chance and Abby: adjusting to normal life. Having a baby around the house can be difficult on the average couple and parent, but this is a super spy who has been through some trauma. Is he headed for some mental health issues as he struggles to see where he fits in Genoa City now?

7. The Moustache and Ashley

Y&R spoilers for the week of December 6th suggest that Victor and Ashley will come together to strategize a new game plan. The reason for their recent bond has been Abby’s issues with Chance being away on his mission and presumed passing. Why would they need to come together at this point now that he’s back?

6. Could This Be An Excuse?

Ashley and the Moustache have been rather chummy-chummy lately. Should Nikki be worried? Could these exes cross a line? Are they above an affair at this stage of the game? Added Y&R spoilers for the week of December 13th note that Nikki will try to play peacemaker (once again) between Nick and Victor. Will the Moustache get fed up with his wife’s nagging?

Nick has lost Phyllis, mostly due to his family. He’s going to try and clear the air with Ashland this week; however, it sounds like Locke won’t be so welcoming. Y&R spoilers indicate that Nick will start to feel rather sad that he’s been ousted from the Newman family, and he’ll struggle with being an “outsider”. Does this cause him to do something desperate?

Nick has no one to turn to but Devon and Sharon. Hamilton’s been a tad busy with little Dominic, so Newman has been relying on his ex as a shoulder to lean on. Could these two be getting a little too close for comfort? They are friends and have been friends in the past, but they have also turned friendship into romance before. Are they heading down that road again? This week, the two will take a stroll down memory lane. Where will this “stroll” end up taking them?

3. “Phick” Closes A Chapter, So “Phack” Can Start A Fresh One

The good news is that Phyllis and Nick will come together for a chat, and it seems that they’ll end their relationship on a friendly note. Closure is so important, as it also allows couples to move on to the next chapter. Sounds like Phyllis and Nick’s talk will help Phyllis gain perspective, and open the door to a fresh chapter in her romance with Jack.

From Y&R’s weekly preview video, it sounds as if both parties will be a little scared at the thought of rekindling a relationship. After all, they have an awesome friendship, and Phyllis has hurt Jack quite a bit in the past. They’ll be scared this week, but decide on a clean slate. Maybe they’ll take things slow, this time around.

1. Moving On From Dominic

Will spending time with Dominic make Devon realize he’s ready to be a dad? He’ll confide in Amanda this week, as it’s natural and normal for Hamilton to miss the little guy. Babies are so easy to fall in love with and get attached to! Will this prompt Devon to make a life-changing decision with Amanda? Is she ready for children? Could bringing this topic up be a good thing for the couple, or cause issues? 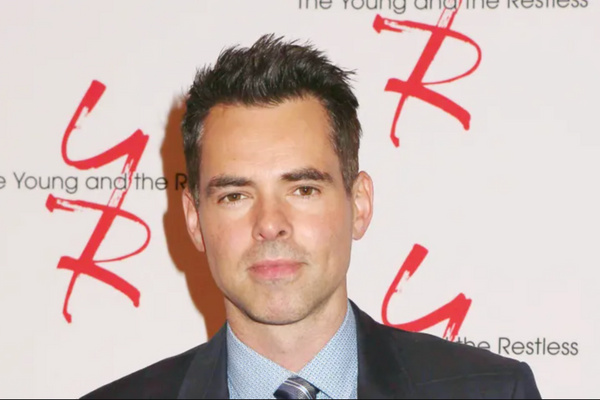