Young And The Restless Plotline Predictions For The Next Two Weeks (November 1 – 12, 2021)

It’s the first week of a brand-new month, and it’s natural for Young and the Restless (Y&R) fans to ponder what will happen during November sweeps. Will Abby get some resolution around Chance and where he is? How will she handle things? Will Phyllis and Nick continue to “dance” around their relationship woes, or finally call it quits? Below are some Y&R plotline predictions for November 1st to November 12th, 2021.

Things have been up in the air for about a week or more now, with regards to Chance. With the confirmation of the bomb and the discovery of his wedding band, Abby will start to grieve. She’ll be a mess over the next two weeks. She’s suffered a tremendous amount of loss over the years, and losing her husband will cripple her emotionally. It’ll be hard for anyone to console her.

11. Ashley and Victor Come Together

It looks as if Ashley and Victor will come together to try and help support Abby in any way that they can. With that said, will these exes start to catch some feelings of their own? It seems as if the two will be spending a lot of time together over the next two weeks.

Victor and Ashley will ask Sharon to come visit Abby. As a therapist, Sharon might be able to help Abby process everything that is happening to her. Will these two form a bond along the way? Will this be something that rubs Mariah the wrong way, on account of her own emotions with her surrogacy journey? Could she start to resent her mother and Abby?

Nina is headed back to Genoa City during the week of November 1st. As Dominic’s grandmother and Chance’s mom, she’ll want to be there for Abby and her grandson. Fans should also brace themselves for some emotional scenes. Jill Abbott is also set to return this week, and she’ll likely offer Abby any support she needs. It’ll be a trying time for anyone linked to Chance.

8. Could Abby Start Pushing People Away?

Y&R spoilers for the week of November 8th reveal that Devon will find it difficult to help Abby. Could she start pushing away those closest to her? She may not want any visitors during this hard time, which will be a hard pill to swallow for both Hamilton and Mariah.

7. Phyllis and Nick Call It Quits

Phyllis and Nick will go back and forth a tad this week, but by next week, they’ll have called it quits on their latest attempt at a relationship. Both will be emotional about the break-up. Phyllis will turn to Jack, Lauren and Michael for support, while Nick will turn to Sharon and Nikki.

6. Phyllis and Jack Won’t “Jump” Into A Relationship

After her break-up with Nick, Phyllis won’t just jump into a relationship with Jack. She may want to, but Abbott will keep her at arm’s length. He doesn’t want to be in a rebound relationship. If he and Phyllis ever come back together, he wants something that will last forever — not just for “right now”.

5. Life’s Too Short To Be Angry

Y&R spoilers for this week reveal that Nick will extend an olive branch to his sister, Victoria. With everything that is going on in both his world and hers, she’ll accept it. Sure, tensions were high a few weeks back before her wedding, but so much has changed since then. Vic understands that she needs her brother right now, and he needs her.

One of the reasons Victoria will agree to forgive Nick is because of Ashland’s health. Does anyone have time to hold a grudge these days? Life is short, and Vic will realize that time is precious. She’ll want to keep her loved ones close. Vicky will not only struggle with Ashland’s deteriorating health but she’ll also be concerned over “what will happen next”. She won’t want to see him suffer, and she’ll worry about that.

Y&R spoilers for the week of November 8th suggest that Noah will “mend” a broken heart. Is this his own heart or someone else’s? Could he help his dad through his break-up? Or will Noah come to realize that he needs to move on from what happened in London? There’s also a chance this might have to do with Tessa. Could Mariah and Tessa break up in the next couple of weeks?

This sounds outrageous because Billy and Lily are together (at the moment), but what if Abbott’s antics finally get the best of Winters over the next two weeks. Victor will be scheming to bring Billy down over the coming days. What if Lily breaks up with Billy, heads to Crimson and runs into Noah? Could he listen to her issues while she vents? Fans see the chemistry between Tessa and Noah (it’s there); however, could a plot twist swerve things? Lily and Noah’s moms were tight back in the day. There could be a connection there.

1. Mariah and Tessa At Odds

Sure, it’s been semi-smooth sailing for Tessa and Mariah, as of late. The two have been more focused on Abby since everyone learned about Chance. It does seem that Devon and Tessa are more concerned about Abby, while Mariah seems worried about Dominic. Could this eventually rub Tessa the wrong way, and straight into Noah’s arms? 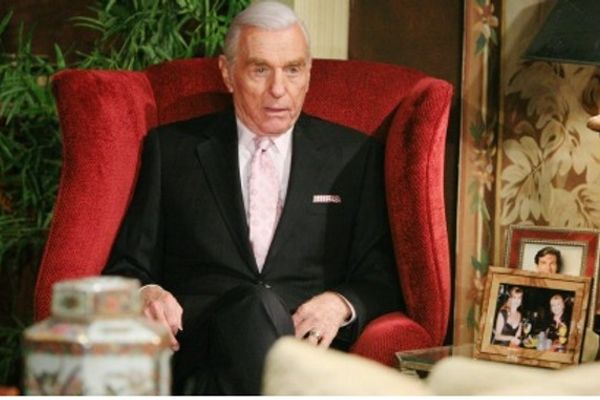