There’s a certain feeling in the air when fall hits. The temperatures get a little colder, the leaves start to change color, and in the land of Genoa City, the drama starts to heat up! What’s set to unfold on Young and the Restless (Y&R) in the coming weeks and months ahead? Adam tries to juggle the ladies in his life, while Phyllis and Jack could become a thing again. Also, Summer and Kyle return to town! Learn about these storylines and others in the below Y&R spoilers for fall 2021.

Y&R spoilers hint that Adam won’t be able to shake two ladies from his life this fall, and that’s Sharon (obvi) and Chelsea, too. As he finds himself torn between his two exes, he’ll also continue to feel a “pull” towards Sally Spectra as well. Sounds like Adam will be quite the busy bee in the coming months. Who will land his heart in the end?

In addition, Y&R spoilers indicate that Victor will warn Adam against any possible “distractions” from bringing ChanceComm down. The Moustache might be referring to Sally Spectra, as added teasers note that she’ll continue to actively pursue Newman. But does she know exactly what she is getting into? These two have some amazing chemistry, but Adam also has his plate full at the moment.

Y&R spoilers note that Chelsea will keep “tabs” on Adam over the coming weeks. In addition, there will be a part of him that could consider reuniting with his baby momma. After all, they did have some fun times; plus, it would be something Connor would likely welcome. Sharon is set to have a chat with the youngster soon. Could he reveal that he wishes his mom and dad would get back together? This may be the reason behind Adam’s “pull” towards Chelsea.

9. Trouble For Phyllis and Nick

Phyllis knows how Jack feels, and it sounds like these “buried” feelings could have a ripple effect on Phyllis’s relationship. Y&R spoilers imply some insecurities that Nick will have around Red and Jack’s continued “bond”. Will he decide to step aside? It seems as if a “Phack” reunion is on the horizon at this point. With Chelsea sure to re-emerge sometime in the coming months, would she be someone Nick leans on?

Interestingly enough, Y&R spoilers also state that Jack will get some help he doesn’t necessarily ask for. Added teasers suggest this will arise when Abbott takes a long look at his past. Will someone swing on in and decide to play matchmaker? Will they realize that he needs to pursue Phyllis at any cost? Does this spoiler even have to do with his love life? Fans will have to tune in to find out!

On to some good news, Summer and Kyle will return to Genoa City to reunite with family and friends. Y&R spoilers imply that Hunter King (Summer) and Michael Mealor (Kyle) will reprise their roles in October. It’ll be nice to see Summer and Kyle together, with little Harrison in tow. Will there be a specific reason for their comeback, or will it all be just for “fun”?

6. Billy and Lily Break Up

Speaking of an inevitable split, Y&R spoilers for fall hint that Lily might get fed up with Billy’s antics sometime over the coming weeks — especially when it comes to the lack of boundaries between him and Vic. Does this mean she’ll find herself suddenly single? In added teasers, Victoria seems weeks away from breaking things off with Ashland, thanks to so many “hidden” secrets that will emerge from his past. Could Vicky and Billy also reunite in the months ahead?

Over at the Chancellor Mansion, Y&R spoilers for fall indicate that Abby’s marriage will be in jeopardy, too. Perhaps the stress around taking care of a newborn will take its toll? With that said, added teasers note that Abby’s world will be rocked when she is given unexpected news. Could Chance go missing in the weeks ahead? This is sure to leave Mrs. Abbott-Newman-Chancellor feeling sad and overwhelmed.

There’s no doubt that if Chance goes missing, then Devon would certainly be there for Abby as a friend. They’ve always been good chums, but given his role in Dominic’s arrival (on many levels), Hamilton and Abby will continue to bond, likely becoming closer and closer as the fall months pass.

Y&R spoilers hint that fans will see a “new face” for Noah Newman, as the character has been recast. Actor Rory Gibson is set to hit the land of Genoa City this fall. What will bring Noah back to the little town, and who will catch his eye once he gets there? Only time will tell!

Over to Amanda, Y&R fall spoilers imply she’ll need to wrap up some unfinished business. Added teasers note that this will have to do with her bio family. Sounds like her grandfather will not go down without a fight, and Sinclair will stay committed to ensuring Sutton pays for her father’s passing. Will she become too preoccupied to notice Devon’s eye wandering?

Y&R spoilers imply that Mariah will make a “life-changing” decision this fall that catches Tessa off guard. Is it something as small as moving out of the Chancellor mansion, or is it bigger than that? Could Copeland decide she wants a child of her own? She’s dealing with – and will continue to deal with – a whack of emotions this fall, including ongoing separation anxiety from Dominic. She may decide she wants to share a family (and the experience) with Tessa. 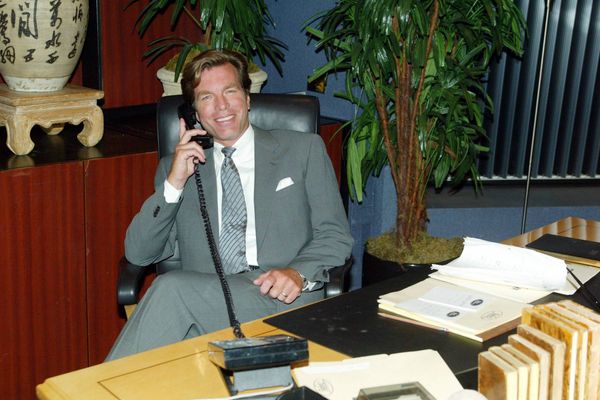