Young And The Restless: Spoilers For June 2022

Goodbye May, hello June! What should Young and the Restless (Y&R) fans expect to see unfold during the next four weeks or so? Phyllis could revert to the dark side, while Sharon’s life takes a turn, and Jill confronts Diane! Learn about these storylines and others in the below Y&R spoilers for June 2022.

Sure, the Phack reunion has been great, but was Phyllis motivated by love and her feelings for Jack or Diane’s lingering eye? Y&R spoilers for this month hint that Phyllis’s “dark” side – the very thing that Jack has never liked about Red – could creep out when it comes to burying Jenkins. Added teasers suggest she’ll be very focused on exposing Diane; however, she needs to watch herself. She doesn’t want to lose Jack over her animosity towards Jenkins. 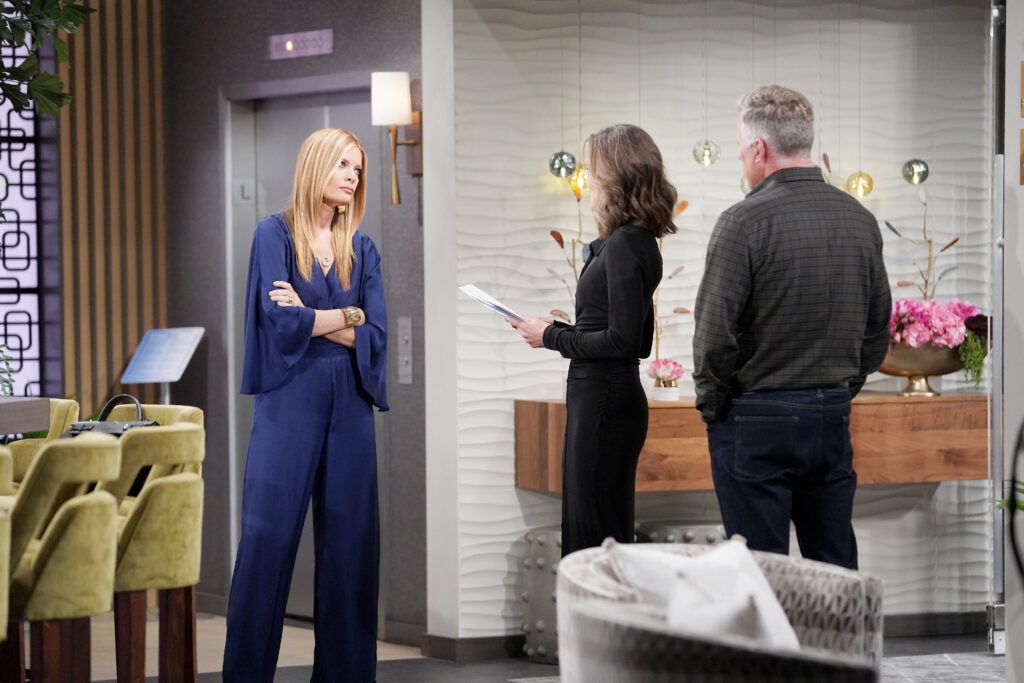 Y&R spoilers for the month of June suggest that Sharon’s life will take an interesting turn as she learns to live without Rey. Could Ms. Rosales be headed for a career change? It’s hard to say, but one thing that won’t change is the fact that Nick will be there for her to lean on. Sounds like he’ll do all he can to support his co-parent and friend. Could this lead to more between the two? 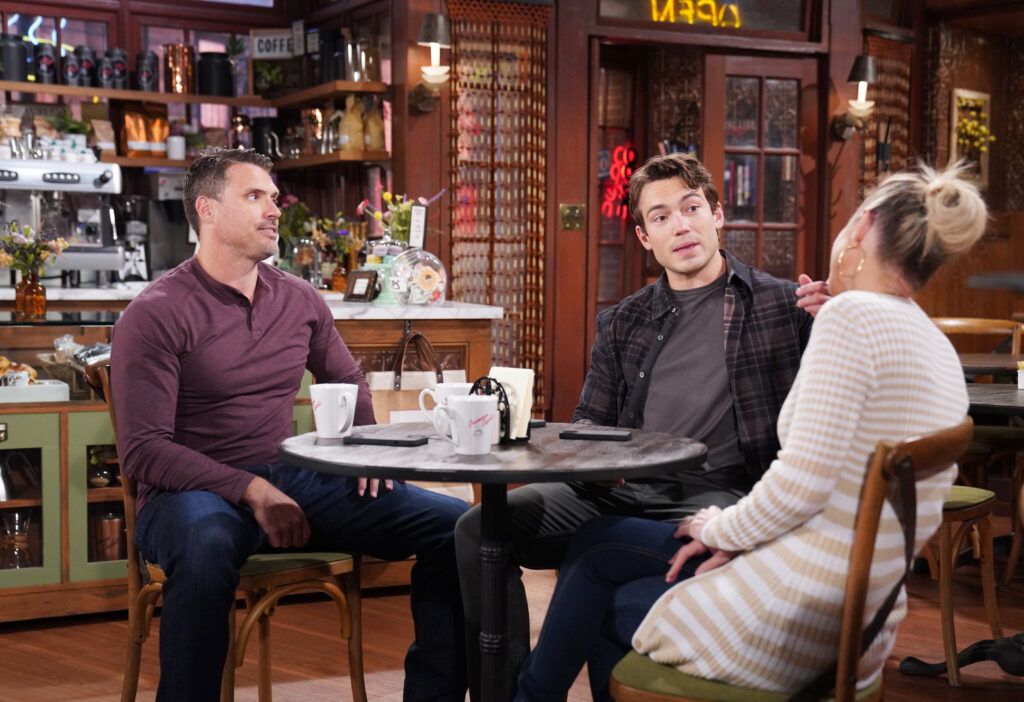 10. Chelsea Tries To Move On

It’s been a hard go for Sharon, since Rey’s passing, but Chelsea has also found it difficult to move on. Much like Sharon, Y&R spoilers imply that Chelsea’s life will take an interesting direction as she mourns Rey’s passing as well. Does she, too, decide to leave the fashion world for something more meaningful? 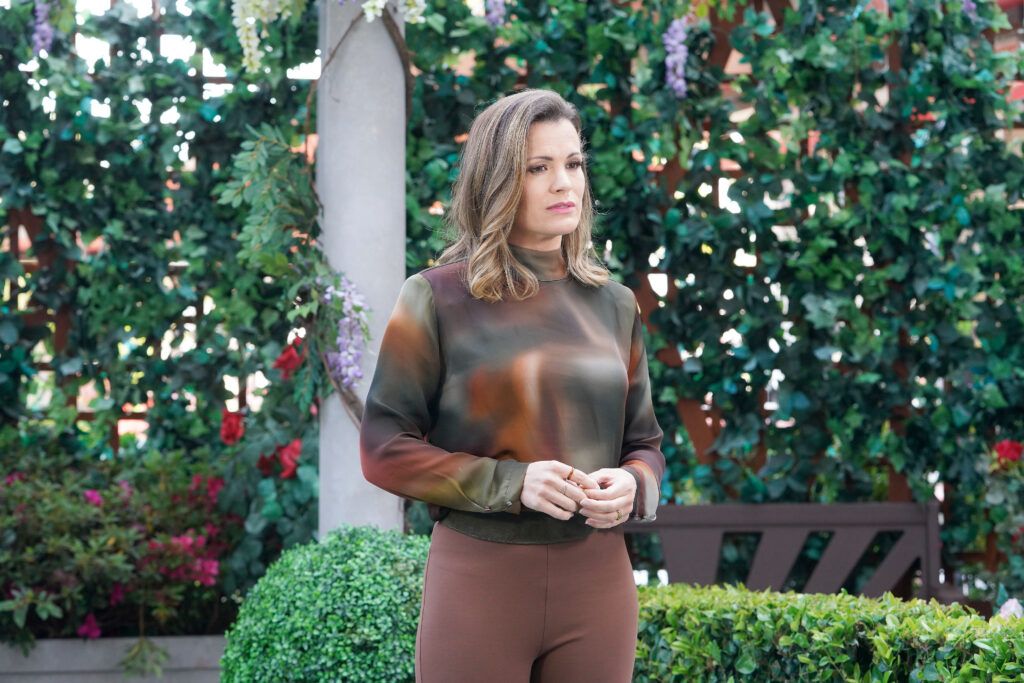 Chance recently wrapped up one of Rey’s cases, which brought Tessa’s sister Crystal out of hiding and allowed her to attend the Teriah wedding. In the coming days, Chance will make a promise to honor his friend by ensuring he closes each and every one of Rey’s old cases. This should keep him very busy the entire month of June! 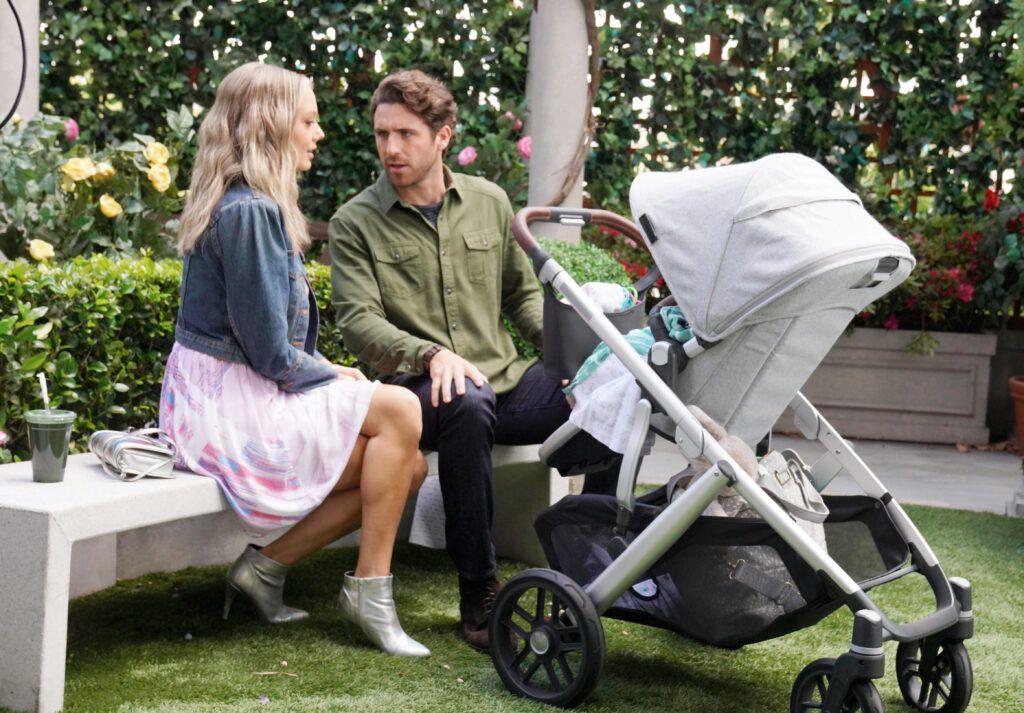 Sound like the Chancellor-Winters launch party will be explosive, but also bring on the drama! Y&R spoilers for June indicate that Jill will confront Diane, who for one reason or another decides to show up to the shindig. With that said, there’s likely to be tension from other areas of the event, as well. 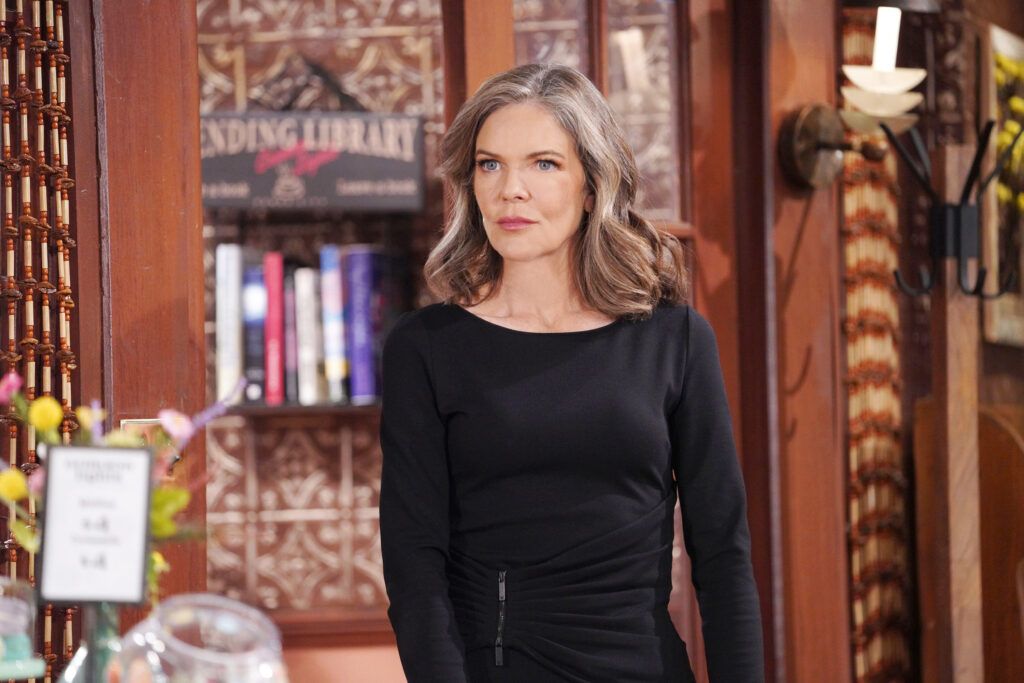 Y&R spoilers imply that there will be some bickering at Chancellor-Winters between Nate and Devon as the company officially launches. No surprise here; the two cousins have always been close, but also always have struggled to land on the same page. Is this a small taste of what’s to come? Can these two work together in a corporate setting? 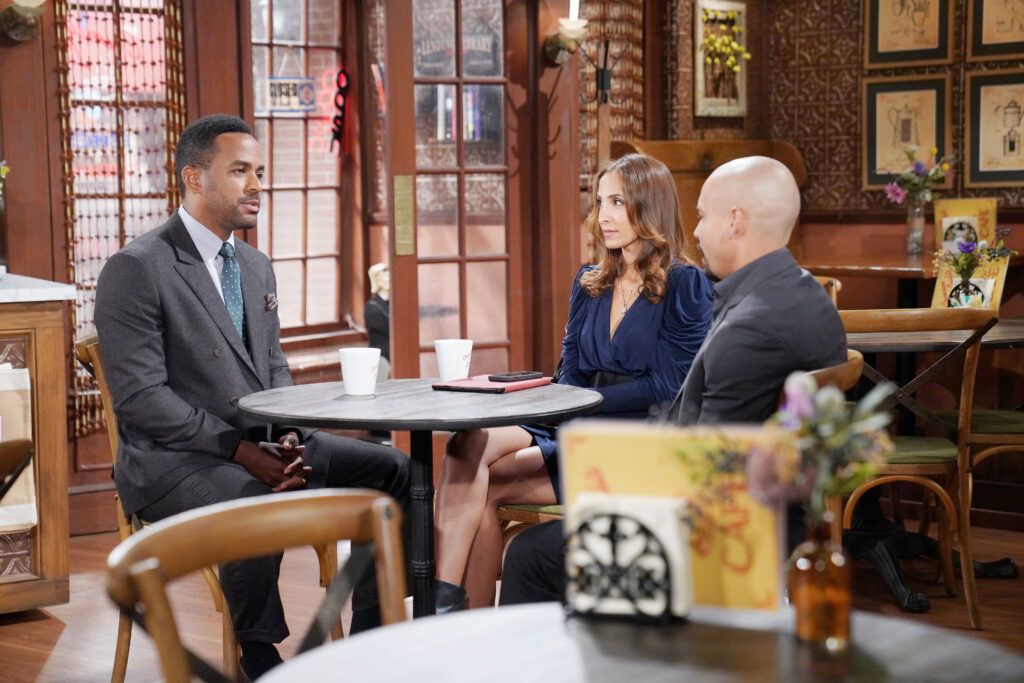 6. Imani Refuses To Give Up

Meanwhile, Y&R spoilers for June also suggest that Imani may take advantage of the discord between Nate and Devon. She’ll likely “support” Hastings and his views in an attempt to snag him from Elena. With that said, Nate’s gal pal will be on to Ms. Benedict and her motives. Added teasers note that she’ll have no issue losing it on the lawyer and setting her straight. 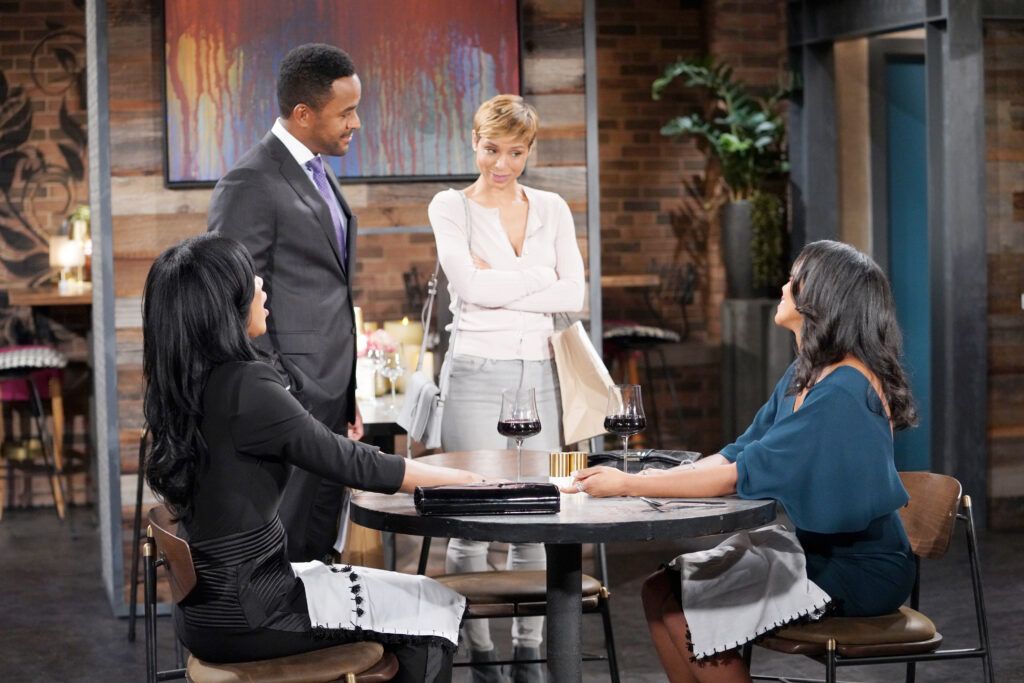 5. Allie and Noah In Full Effect

Now that Allie and Noah have met, it’s time for them to bond! Y&R spoilers for next month state that Noah and Allie will connect, although it sounds like Jack’s daughter will try and resist Mr. Newman’s attempts to “woo” her. Sounds like Noah will fluff off any type of soft rejection, as he’ll be quite smitten with the young lady. 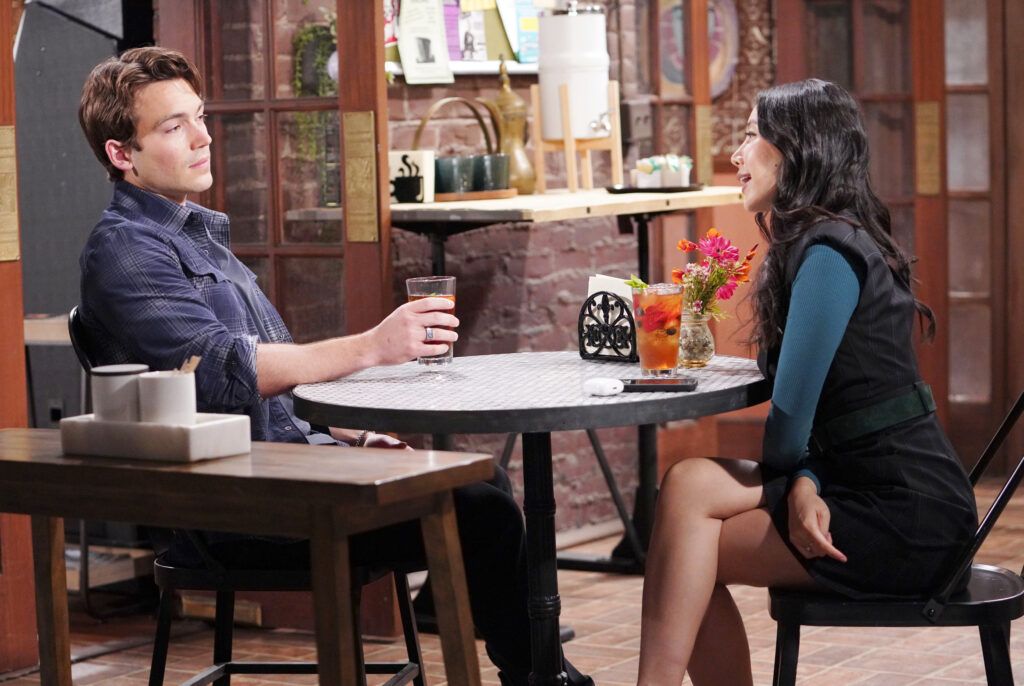 4. Billy Connects With Someone

Billy’s admitted that he’s feeling out of place since all the “heads” of Chancellor-Winters are family, except for him. Y&R spoilers state he’ll continue to feel this way in June, and even make a very unlikely connection with someone, as a result. Who could this be and are they a male or female? Should Lily be concerned? 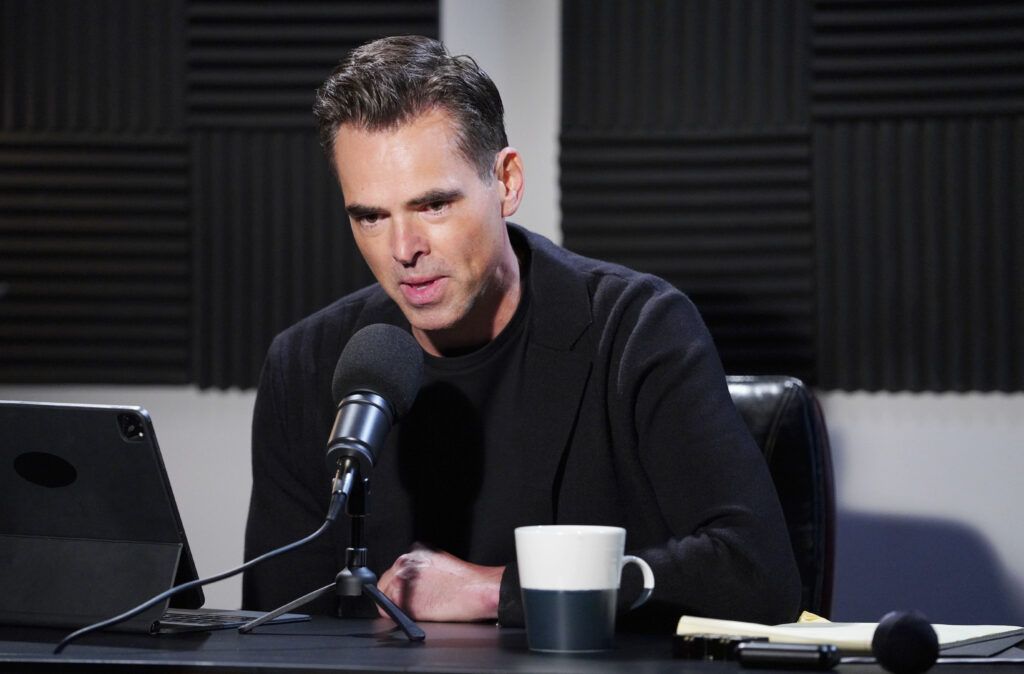 Victor will form a new alliance with someone in early June, so it’ll be interesting to see who the Moustache befriends and how the individual can help him with his goals. Newman’s all about ousting Ashland Locke out of town, so will this new ally add the assist, or could disaster strike?

Now that Diane is alive and well, Deacon Sharpe’s name has been brought up quite a bit on the Y&R. Currently, Sharpe’s scheming it up in the land of the Bold and Beautiful (B&B); however, could he return to Genoa City anytime soon? During an interview actor Sean Kanan reveals he’d be up for a comeback to the Y&R, but there’d be one condition: he’d do a few episodes, and then head back to the B&B. He seems very happy to be on the sister show right now. 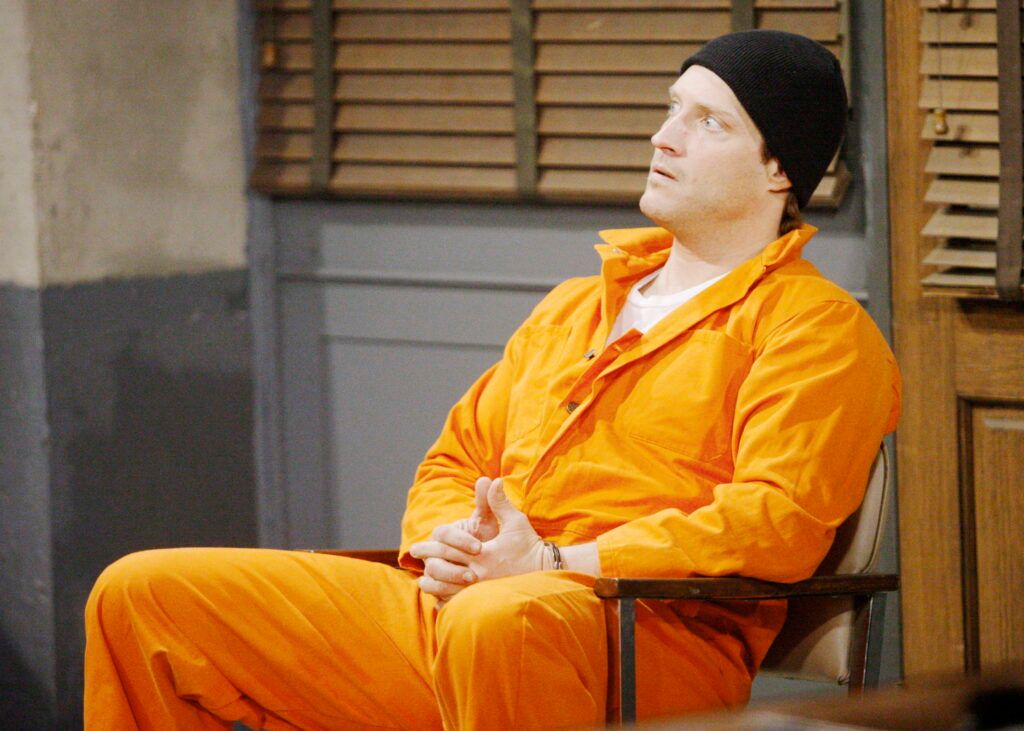 1. Will Victoria Take Ashland Back?

That’s the million-dollar question right now! With Sally and Adam (Sadam) scheming to bring this couple together, and Ashland not stepping away from Genoa City, there’s a very good chance that Victoria will take Ashland back. She’ll be judged for doing so, but when has that ever stopped Vic from doing what she wants to do? 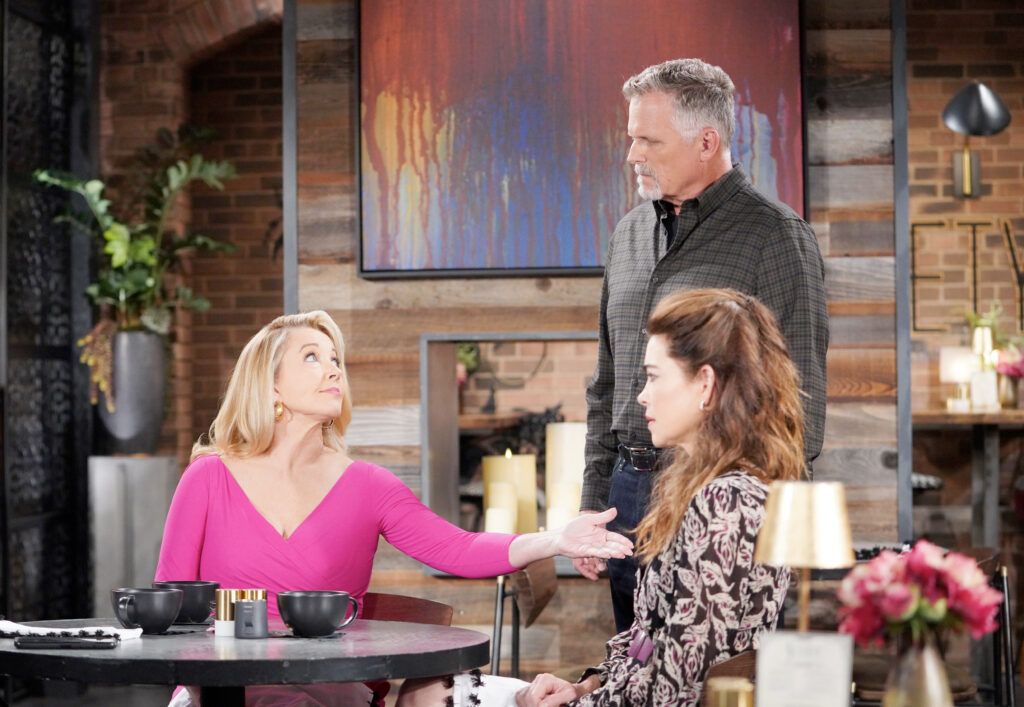 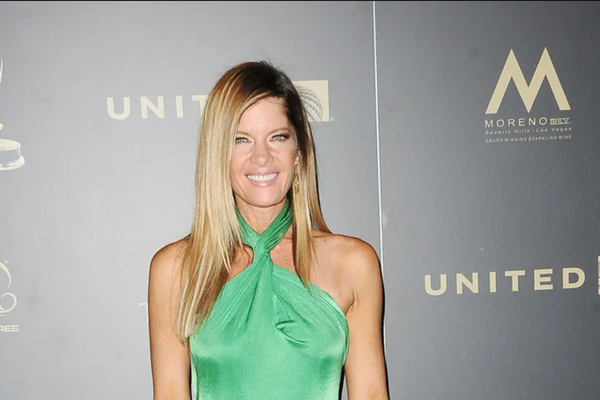