Calling all Young and the Restless (Y&R) fans! What’s on tap in the land of Genoa City over the next two weeks? Abby spirals, while tensions rise between players involved in the Chance Comm versus Newman Media rivalry. Also, Nikki worries — sounds like a typical “mom” thing to do! Learn about these storylines and others in the below Y&R spoilers for November 8th to November 19th, 2021.

The weekly Y&R preview video offers some insights into the struggle Abby will face this coming week. It shows Abby crying and stating she needs to “get it together” for her son’s sake. Meanwhile, another scene features Nick and Devon talking about how worried they are for her, while Abby pops some medication and falls asleep on the couch. Ashley is also in the video, worrying about her daughter. Will Abby be okay?

Abby will continue to struggle this week, but will she get better soon? Y&R spoilers for the coming days note that she’ll turn to her brother, Nick, for some help. Will she ask him to watch over her business ventures as she takes time to process everything? In added teasers for the week of November 15th, Ash and Victor will continue to worry about their daughter’s situation.

Y&R spoilers for this week hint that Devon will lose his cool in the coming days. Yikes! Who will be on the receiving end of his wrath? Meanwhile, added teasers note that Hamilton will also raise some concerns about Dominic. Will he approach Abby about this, or turn to Victor and Ashley? Will he talk to Mariah about his worry over the little one?

9. Things Heat Up Between Chance Comm and Newman Media

Across town, Y&R spoilers for the week of November 8th state that things will heat up between Chance Comm and Newman Media. Billy will believe he’s turned the tables on Adam, but is this the case? Added teasers for the coming days suggest that the Moustache will refuse to back down, so maybe Billy will one-up the Newmans this week?

8. Victor and Adam Are Left Puzzled

Here’s another “hint” that Billy could turn the tables: Y&R spoilers for the week of November 8th indicate that Adam and Victor will be given a message that puzzles them. It seems as if it’ll be cryptic enough that the two will scramble to figure out what it all means.

As the days progress this coming week, Y&R spoilers suggest that Rey Rosales will interrogate Billy Abbott. Add teasers imply that Abbott could become the “person of interest” in Rey’s case. In added teasers for the week of November 15th, Adam will get on Rey’s last nerve. What else is new?

Sounds like Lily will also get involved in the drama this week. Y&R spoilers reveal that she’ll head to see Victoria and “demand” answers. However, will Ms. Newman provide any? As the weekend hits, added teasers note that Billy and Lily will be blindsided! In news for the week of November 15th, Lily will have had enough with Billy’s antics. Is this romance crumbling?

Speaking of Devon, his girlfriend Amanda will be worried during the week of November 8th. From the sounds of it, her concern will be about “overstepping” with Hamilton. He’s generally a pretty chill guy, so perhaps his freak-out earlier this week will have Amanda fretting over his unstable emotions.

Amanda won’t only be worried about Devon, she’ll also be dealing with her granddad’s trial. Y&R spoilers for the week of November 8th state that she and Michael Baldwin will talk about her testimony. However, considering the money and power Sutton has, should she worry about becoming a target for testifying?

Now that Phyllis and Nick are a thing of the past, Jack will ironically decide to keep his distance from Phyllis. But is this really an “ironic” move or classic Jack Abbott? He loves Red with all his heart and may want to give her time to truly process her break-up, so that he isn’t a “rebound” romance.

Typical Sally! Off the cusp of the Phyllis and Nick break-up, Y&R spoilers for the coming days indicate that Sally will stir the pot by rubbing some salt in Phyllis’ wound. Who could blame Spectra? Phyllis was the reason she and Jack broke up. Perhaps Sally believes that everything her fellow redheaded nemesis is going through is karma. Maybe it is… 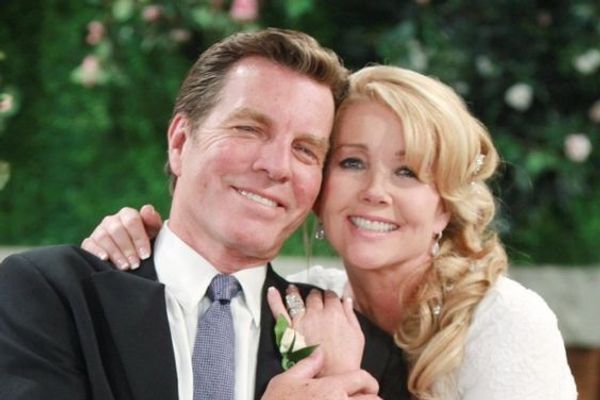