Young And The Restless Spoilers For The Week (February 4, 2019)

Calling all Young and the Restless (Y&R) fans! What should you expect this coming week in the land of Genoa City? Plenty of chaos, drama, and more secrets revealed! Mia is up to no good, so is Summer, and the Newmans gear up for more legal woes coming their way! Learn about these stories and others in the Y&R spoilers for the week of February 4, 2019.

Y&R spoilers tease that Summer will continue to play games with Kyle this week. She’ll go on and on about how she’s matured, but it’s clear she wants her ex back. While Kyle is smitten with Lola and (patiently) waiting to take their relationship to the next level when she’s ready, Summer will do all she can to convince him otherwise.

Y&R spoilers indicate that Summer will cause some issues for the happy couple when she tells Lola about a photo shoot Kyle was involved in. Kyle obviously tried to hide it from her (for one reason or another), which has his girlfriend quite upset. This will give Summer an opportunity to try and zero in on getting Kyle to crack.

And zero in on, she does! In fact, Y&R spoilers tease that Summer will have a talk with Kyle about relationships and bring it to the next level. She’ll let him know that she believes being a couple is about being able to satisfy the needs of both involved, not just one person. Summer crosses the line and lets him know she is willing to be the person who meets his needs; however, Kyle will reject the advance. He’ll be rattled by Summer, but he really doesn’t want to mess up the good thing he has going with Lola.

Y&R spoilers hint that Abby will try her best to reach out to Mia this week, and she’ll play nice with her soon-to-be sister-in-law. Mia will also make an effort to do the same, but can anyone truly trust her? Abby and Mia will make a toast to each other, but how long can they play nice like this? Mia is bound to make a huge scheming move to blow this budding friendship out of the water!

Y&R spoilers suggest that Sharon will make a shocking move this week. She’ll be at the station working when she finds a very surprising email that links Victor to J.T.’s murder. An audio file attached to the email reveals a conversation between Nick and Victor talking about murder weapons and other things involved in J.T.’s case. Sharon struggles on what to do with the information she has just seen.

Y&R spoilers indicate that Sharon will go to Nick with what she’s found out. She will also help comfort him when he realizes that someone has been able to gather information on his family from “the inside.” But, who could it be? The Newmans are clearly a target for someone right now, as the J.T. murder storyline continues to unravel.

Victor and Nikki will be in full-on protective mode, trying to figure out what to do next to help shield their family from any crazy repercussions. As the week progresses, Y&R spoilers state that Nikki will make a huge decision that could garner some major consequences for her. When Christine and Rey come to the Newman Ranch, Nikki will inform them that there will not be a trial, as she has something important to tell them both. Will Nikki take the wrap for J.T.’s murder so that Victor can be off the hook?

Some special guests will enter the land of Genoa City this week! Both Nischelle Turner from CNN and Entertainment Tonight, as well as Suzanne Marques from CBS Los Angeles will appear on the Y&R’s February 8th episode, with one playing the part of news anchor and the other reporter around a breaking news story in Wisconsin involving a murder (probably J.T.’s).

Additional Y&R spoilers for this week include hints around Billy and Vicky making up, as well as Devon placing his sister Ana into the limelight. Lastly, despite the issues and obstacles that Summer will place in their way, Lola and Kyle will enjoy a double date with friends Tessa and Mariah. Here’s hoping the foursome have fun! 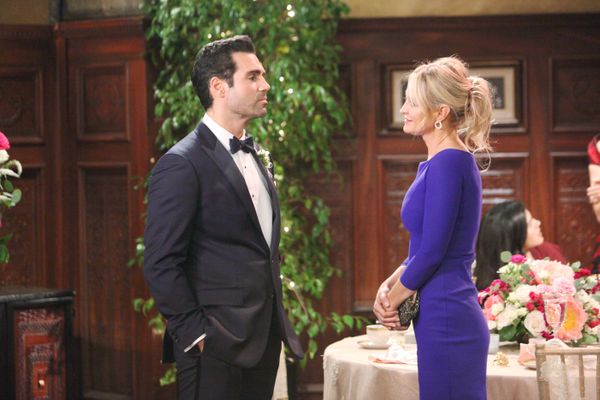 Young And The Restless: Plotline Predictions For Winter 2019