According to a report, Young and the Restless (Y&R) could resume filming soon with a tentative start listed as this July 6th. While this date has not been “set in stone,” it’s a goal that producers are working towards, and there is a glimmer of hope that fans might be getting some new episodes coming sooner rather than later. In the meantime, the show is still airing classic episodes! Below is an overview of Y&R spoilers for the week of June 29, 2020.

Christine and Paul have an incredible love story, and with a history that span decades now, it’s no surprise that this week the Y&R is honoring the duo with their very own theme week! The two have had their fair share of ups and downs over the years, so fans need to buckle up as it is time to dive into “Paul and Christine Week.”

While it may have been hard for the Y&R to narrow down just five shows, the “Paul and Christine” theme week will primarily focus on the early years of the couple, with episodes dating back as early as 1994 and all the way up to 2003. They were one of the top super couples during this period of time.

From romantic proposals to wedding showers to weddings-gone-wrong, then finally saying “I do” (not to mention Isabella meddling in their relationship), fans will truly get to relive the rollercoaster of a relationship during those early years for Paul and Christine. Other storylines featured this week include Shick’s budding romance, plus the start of Nikki and Sharon’s rivalry, and some plotting by Phyllis.

Fans get to see old and familiar faces like Dru, Malcolm, Olivia, as well as Neil and Katherine. Interestingly enough, some big Hollywood names appear this week (well before they were big Hollywood names), as a much younger Vivica A. Fox plays Stephanie (a potential love interest for Malcolm) and Eva Longoria of course pops up as the manipulative Isabelle.

5. Paul Pulls Out All the Stops

Originally broadcast on September 21, 1994, relive that time when Paul pulled out all the stops to ask Christine to be his wife. Meanwhile, Sharon decides to go full-throttle and pursue Nick, and the Moustache will decide to sacrifice something to shield Newman Enterprises.

As Paul and Christine continue to plan for their upcoming nuptials, a bridal shower is thrown for Blair during an episode that first aired on December 14, 1994. Mary Williams (Paul’s mom) unexpectedly pops up for the big event, while Drucilla shares some news that takes everyone aback. Across town, Nikki has concerns around Nick and his interest in Sharon.

Originally airing on December 29, 1994, Christine and Paul’s big day has finally arrived as the couple is set to say their “I do’s.” Sadly, an unexpected twist places a damper on those plans. In other storylines, Olivia decides to play Cupid by setting Stephanie up with Malcolm, and Danny shares a secret with Katherine.

So, the 1994 wedding was a bit sticky; however, Paul and Christine give it another go during an episode that first aired on August 7, 1996! The super couple officially become husband and wife in a beautiful ceremony that still will give fans goosebumps! In other storylines that day, Phyllis will confess something and Neil will be concerned about Olivia.

Originally airing on August 15, 2003, Paul will finally interject Isabella’s plan of revenge against Christine! Thank goodness he ended that in the nick of time! Across town, Phyllis will discover that Victoria has a thing for Damon, and Nikki won’t move an inch when it comes to a decision she’s made about Jabot. 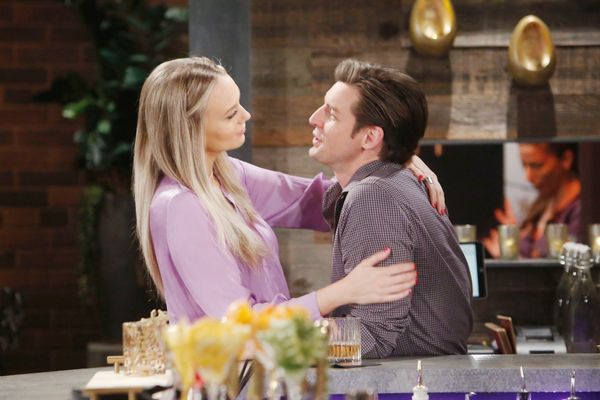