Days Of Our Lives: Plotline Predictions For Spring 2021

A lot is going on in the land of Salem right now, and there’s nothing Days of Our Lives (DOOL) fans love more than to speculate on “what’s to come”. Will Kristen cross a line with Sarah? Will Ciara be okay? Who will end up being Charlie Dale’s shooter? So many questions, so few answers! As such, below are some DOOL plotline predictions for spring 2021.

Actress Linsey Godfrey (Sarah Horton) recently revealed she’s exiting DOOL soon. So, what will happen to Sarah? The first thing that comes to mind is that Horton passes away, accidentally at the hands of Kristen. Days spoilers hint that Sarah will be desperate to get away from Kristen in late March, so they could get into a fight that leads to a struggle. Sarah could be pushed, causing a brutal fall that knocks her head. DiMera might also pull a gun on Horton, and as they battle it out, a shot could go off.

Another alternative is that Kristen ships Sarah off to that DiMera island she was talking about. Kristen could get a doctor to rewire Horton’s brain or brainwash her while she’s there. Sarah will return at some point in the spring, played by a different actress. When she does comes back, she’ll not only have forgotten about Xander and their relationship, but all that DiMera did.

Ciara’s awake and it’s clear that she has short-term memory loss. This is sure to cause Ben a ton of heartache, as she’ll remember all her friends and family, but him. Ciara’s current memory has her in a time before she fell in love with Ben, and this could mean a long road ahead for a Cin reunion.

Theo’s returned to Salem and it’s clear that he still has feelings for Ciara. In turn, Ciara will be happy when he drops by to visit her in early spring. Ciara and Theo were tight and had a very interesting relationship. Not only did they grow up as BFFs, but they ended up having a romance, too. Even though Ciara is technically married, Theo will have zero issues if she reciprocates his current feelings. It’s not cheating if she doesn’t have any memory of time spent with her current husband.

8. Things Will Be Bad For Claire, Too

Things will be awkward for Claire and Ciara. Ciara will be in a time when Claire was not only manipulative, but a tad mentally unstable, as well. Sadly, Claire has come so far and Ciara’s reaction to her might have her regressing to her former ways. Especially with Theo around adding to that old dynamic.

7. Claire Starts To Lose It

Could Claire’s mental health spiral? It’s one thing when you’ve made amends with the past and everyone has moved on; however, with Ciara (and potentially Theo) living in the past due to her recent short-term memory loss, this could take a toll on Claire. She’ll be reminded daily of what she was, not who she is today.

6. Claire and Ben Get Closer

Ben will fight hard to help Ciara gain her memories back. With that said, she may push him away. Claire will be there to pick up the pieces for Ben. Weston won’t allow this obstacle to shake him, but Claire could develop feelings for Ben as she helps him deal with Ciara’s condition. They could even bond over her hate-on for them both.

That’ll be the question of the hour in the coming weeks and months. Hope’s name will be mentioned here and there, but with little chance of actress Kristian Alfonso returning after her exit last fall, writers will need to address where Ciara’s mom is. After all, Hope left to find her daughter. The answer? Hope will be MIA at first, without anyone able to locate her. Then news will surface that she has passed away. Ciara will be guilt-ridden and the trauma of it all could add to her memory loss condition.

4. Hope Recast For A Return

What if Days decides to recast the role of Hope? It’s been done so many times before with so many different characters! Hope should come back. After all, it wouldn’t seem right for Ciara to end up alive without her mom coming back to Salem to see her, even if it is just for a visit! Hope left to look for her daughter in the first place. She needs to return.

There are the usual suspects in this case, but in any “Who Dun It?” soap storyline the shooter always ends up being someone no one suspected. Could the person who aimed for Charlie even be on canvas right now? What if it was Johnny, Allie’s twin brother? He would certainly have a motive. Then there’s the idea that the shooter could be Allie’s other sibling, Sydney DiMera.

Gwen and Charlie were getting very close before he passed away. Could Rizchech be the shooter? She’s the only person in Charlie’s orbit that hasn’t been on the radar, plus, Gwen is tough enough to do something as brutal as this. She’s had her hands filled in family drama, but Gwen could have shot Charlie with a motive or in self-defense. She could have had access to Kate’s gun. She knows the DiMera mansion inside and out.

Speaking of Kate, she’s had some issues with Jake as of late. Could she decide to switch things up and head for a reunion with an ex? Roman will have a bit of a confession in early spring, and he may still be smitten. Dropping Jake for Roman would also open the door for a Jabi reunion. Jake would never break up with Kate for Hernandez, but he would gravitate towards Gabi if he were suddenly single. 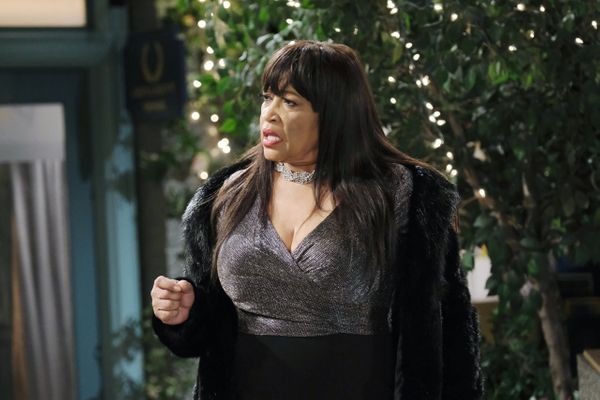