Sounds like Halloween fun is far from over in the land of Salem! Will Salemites be able to keep the zombies at bay? Will Jake end up being okay? What does the Devil have planned for John and Marlena? So many questions, so few answers! As such, below are some Days of Our Lives (DOOL) plotline predictions for November 1st to November 12th, 2021.

Days is known for being over-the-top, but zombies? If Marlena can be possessed by the Devil, then anything is possible, right? Looks like Charlie will terrorize Allie and Tripp, while there’s a good chance that Deimos will visit Nicole. The heroes and heroines of Salem will be okay in the end, but how does everyone move on from zombies without wondering what’s going on?

DOOL spoilers tease that Tripp will be labeled a hero when all is said and done, as he and Allie unite to battle a horrifying enemy! Zombies aren’t “real”, so how will storylines move forward after Tripp, Allie and Nicole encounter these Walking Dead Salemites? Could the Devil cast a spell that makes them think it was all a dream? How can these three explain their stories to others? Will it simply be brushed under the rug, after the fact?

DOOL spoilers hint that Gabi will be desperate to save Jake’s life. A Days preview video shows Hernandez desperately digging up a grave, opening up a casket, and then screaming “Jake?!” Could she end up opening Stefan’s casket, or will someone try to bury Jake alive? Is that why she’s so desperate to “save” her boyfriend? Will Stefan return, in general? Will he also be a “zombie” in the Devil’s uprising? Will Gabi have to choose between these two in the end? Will she have to do something harsh to Stefan to keep him at bay?

The Days preview video also indicates there will be a homicide in Salem during the week of November 1st. Is Carmine the one who meets his demise? Who’ll be behind it all? Rafe will find a dead body on his kitchen floor this week. Is this Carmine or a zombie Salemite? If Carmine has passed away, is Ava, Philip, Jake or the mob behind it all?

After her encounter with “the past” (possibly Deimos), DOOL spoilers indicate that Nicole will cross a line with Rafe. From the looks of the weekly preview video, this will take place at the Basic Black offices. Yikes! While the one-nighter seems like a good thing for fans who want to see these two together, added teasers for November hint that Walker will believe the entire thing was a mistake. Will spending the night together only bring Nicole and Rafe further apart in the end?

The bad news is that the Devil has John locked up in a crypt. The good news is that Steve will start to get suspicious about Black’s MIA status this week. Sounds like Johnson will begin to look into things, come the week of November 8th. This is great; however, if the Devil is on to Steve, this might put him and Kayla in the line of fire.

6. Susan Banks Gets A Bad Vibe

Speaking of being placed in the line of fire, Susan Banks might find there’s a target on her back soon. Banks will visit Ciara and Ben this coming week, and by the week of November 8th, Days spoilers note she’ll get a bad vibe from Ciara and Ben’s baby news! This is not something any expected parents want to hear, but it is what it is. “Cin” may fluff off Banks’s concerns; after all, she is a tad odd. However, added teasers imply that she’ll head to her “good friend Dr. Marlena Evans”, and that’s when the real trouble will begin.

Days spoilers indicate that Susan will head to Marlena’s during the week of November 8th, and she’ll likely want to chat about the “bad vibe” she’s getting from Baby “Cin”. It won’t take long for Banks to realize what’s going on. She’s kooky, but she also has a strong intuition about things. Will she instantly get locked up by the Devil, or will Satan try to fool her? Either way, she’ll become a target.

DOOL spoilers for the week of November 8th suggest that the Devil will come up with a plan to ruin John and Marlena, once and for all. Now, it makes zero sense as to why Satan hasn’t just axed John already and been “done” with him. After all, Black was the one who brought him down the last time, and he’s the evil one, so just killing someone to stop them from ruining their plans makes sense, right? The Devil would have zero regrets over it. So, what’s Satan’s plan to ruin John and Marlena?

3. Turn Their Kids and Grandkids Evil

Maybe the Devil plans to turn John and Marlena’s legacy into one giant ball of evil. John and Marlena live and breathe for family. Perhaps Satan plans to ruin their kids and grandkids by bringing them to the “dark side”. He’ll work to take over their souls. Characters like Brady and Johnny might be easier to convert than Belle and Allie. Sami will be a hard nut to crack, but only because she’s so stubborn. The Devil will wreak havoc in Salem by having John and Marlena’s family do terrible things. As he’s infiltrated Marlena’s body, she can act as an anchor in convincing them all to celebrate their “evil” side.

Chad and Abigail are about to blow Gwen’s baby secret out of the water this week. Sounds like Gwen will lose Jack and any possible relationship she could have had with Abigail. This means she’ll cling to her current relationship with Xander, now more than ever. But is Rizczech about to have a rude awakening? She’ll manipulate Melinda into giving Xandy his money back during the week of November 8th, which will score her some points. However, it sounds like her boyfriend may soon find out that Sarah’s on an island somewhere, and didn’t ditch him on their wedding day.

DOOL celebrates 56 years on daytime television this Monday, November 8th! The show generally does something to honor their anniversary, so will they have a special episode? It’s hard to say at this point, as spoilers do not indicate this will happen. However, they could sprinkle some old video clips or “memories” throughout the show that day. With everything that’s going on, it may be hard to halt storylines for a special epi. Even so, past scenes might be a perfect way to move current stories along, while also honoring the history of the soap. 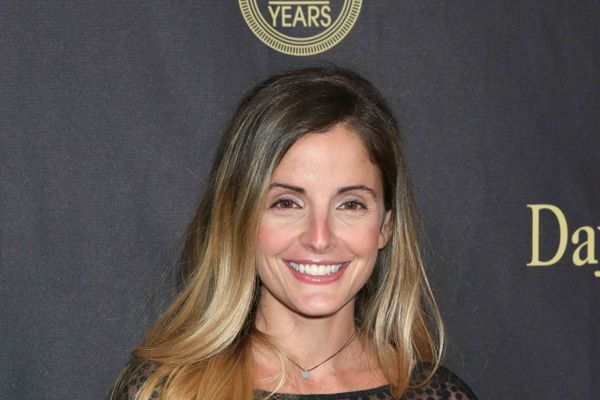