Calling all Days of Our Lives (DOOL) fans! What’s on tap in the land of Salem over the next two weeks?! More antics from the Devil! Also, the “Philip” mystery will continue to unravel, and a troublemaker will return to Salem, just in time for Christmas! Learn about these storylines and others in the below DOOL spoilers for December 13th to 24th, 2021.

DOOL spoilers for this coming week note that the Devil will continue to try and cause issues between Ciara and Ben. But will Satan succeed? Added teasers reveal that John and Shawn will realize “Cin” is missing, and they’ll start to look for the couple. This week’s preview video implies that John will find them in the cabin and try to warn Ben; however, the Devil will use his evil magic to silence Black.

Meanwhile, DOOL spoilers for the coming days note that Ciara will realize exactly what’s up with “Marlena”, and be horrified. As the week progresses, added teasers suggest a major “showdown” between “Marlena”, Shawn, Ben and John. By the time Friday, December 17th rolls around, Satan will have yet another “trick” up his sleeve.

DOOL spoilers for the week of December 20th state that the Devil will look to stir up trouble, and come up with an idea to bring Jan Spears out of her coma! Actress Heather Lindell will reprise the role, and as soon as Spears awakens from her slumber, she’ll be focused on causing issues for Shawn and Belle.

Days spoilers for the week of December 20th indicate that Jan will set a trap for Shawn and he’ll fall for it, instantly. Added teasers note that whatever she does, it will end up leaving the couple stunned! In other news, “Marlena” will target poor Ciara, as Salemites unite to keep her and baby “Cin” safe. Can the good guys rid the little town of this evil before Christmas?

Over to another seemingly evil and intriguing storyline, DOOL spoilers for the week of December 13th note that Belle will be looking for answers around Philip’s disappearance. She’s intent on clearing her brother’s name, so can Belle get to the bottom of things as she investigates over the coming days?

This week’s DOOL preview video shows Roman confirming to Kate that Philip’s prosthetic was found, and Ms. Roberts sobbing in his arms. Added scenes show Kate entering a room and seeing something (unknown to fans) that floors her, so what could this be all about? In added teasers, Kate will be quite upset over the coming days, pointing the finger of blame at Chloe and Brady.

Across town, DOOL spoilers for this coming week note that Victor and Kate will come together to make a hard decision. Could this be about their son’s disappearance? In other news, Chloe will try to help Brady “unlock” what really happened that fateful night. With that said, it sounds like more evidence will emerge in the coming days that makes Brady look guiltier than ever.

The bad news for Brady is he may lose an ally in Chloe, but the good news is, his sister Belle won’t waver. Days spoilers for the week of December 20th note that Belle will believe her brother more than ever, and also start to think that someone is trying to set him up. Can she help save the day for him?

DOOL spoilers for the week of December 13th indicate that Nicole and Sami will have a run-in that leads to a confrontation. As the days go by, EJ will share his feelings with his mom about Sami, and she’ll help him “open” up about things. Meanwhile, in related teasers, Nicole will slap Rafe; what will cause her to do this?

DOOL spoilers for the week of December 13th state that Sami will pull EJ in for a kiss. Will he kiss her back? Meanwhile, Allie will advise Lucas to “step up” his game in getting her mom back. Added teasers for the week of December 20th provide some interesting insights about Lucas. Apparently, he will see something that floors him. In fact, what Mr. Horton sees could be a “game-changer”. Is this about Sami or something else?

While Gwen will try to keep Rex from running into Xander this week, DOOL’s preview video (and spoilers) reveal that the two men will finally cross paths in the days ahead. In added teasers, Mr. Brady will tell Xandy something that will stun him to his very core. In other news for the week of December 20th, Gwen will worry about the secret she’s keeping from her boyfriend. Will she decide to fess up about Sarah?

DOOL spoilers for this coming week indicate that Eli and Lani will do everything they can to keep Trask at arm’s reach. Meanwhile, added teasers for the week of December 20th suggest that a major homecoming for the Horton family will make their holiday season bright. In other news, Chanel and Johnny will also return to Salem right before Christmas with some major news that is sure to stun their families. 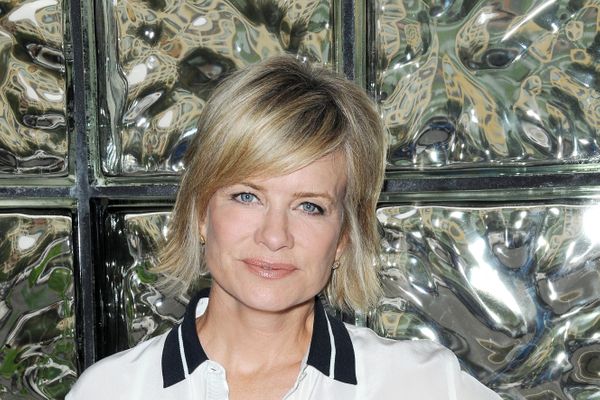