Part of the fun of watching a show like The Bachelor is finding out which lady will be the newest villain, sparking drama and causing mischief in ways that make the reality series one of our all-time favorites (and surely the reason it’s still rolling out new seasons and spawning new spin-offs). But not all of the show’s villains truly deserve the backlash that’s often directed at them. This time around, let’s give the ladies the benefit of a doubt and assume that these particular 10 romance reality TV contestants really didn’t deserve the hate they viciously received.

Olivia Caridi was clearly marked as the villain of Ben Higgins’ season of The Bachelor, in large part due to the fact that she could rarely manage – or was simply unwilling to – keep her mouth shut (which, frankly, gifted us with one of the most classic Bachelor gifs of all time, so thank you very much, Olivia!). She also didn’t win over any fans when she went after mama-of-two Amanda Stanton, with Caridi attempting to harshly drag her rival by comparing Stanton to someone who might appear on Teen Mom. *sigh* Though, we’ll try to overlook (and perhaps even excuse?) her scandal-sparking ways with the knowledge that Caridi had to quit her job as a news anchor in order to appear on the reality series, so maybe all of her villainous ways were just an attempt to make her time on The Bachelor worth the sacrifice.

Lace Morris was another villain who popped up during Ben Higgins’ season of The Bachelor (yep, the dude scored an, er, stellar line up of ladies if scandal-stirring women are your kind of thing) and managed to make her mischievous mark by drinking a little too much wine, demanding Higgins make proper eye contact with her, while also (emphatically and seemingly unendingly) telling the fella that she wasn’t crazy. While Morris’ scenes were sometimes almost too cringe-worthy to watch, she ultimately found love with (and got engaged to) Bachelor in Paradise alum Grant Kemp (Grant + Lace = Grace… remember?). While their relationship has since fizzled out and their engagement is off, we have to wonder if Morris is really as in-your-face as she seemed, or if it was just the on-screen situation that cast her in an unflattering light at times.

With a last name like Poe (like Edgar Allan’s, of course), it might have been safe to assume that Kelsey would have a macabre side. However, we’re not quite sure if you would call her eventual actions dark or just down-right wrong. Fans were most certainly turned off by the contestant when she seemed to use her former husband’s death and her status as a widow to earn sympathy and cement herself a place on Chris Soules’ season (yeah, not cool at all). Despite the bitter taste her actions (and possible motivations) left in viewers’ mouths, we have to admit that everyone grieves in different (and sometimes unexpected and hard to understand) ways, so perhaps it’s best not to judge someone who has gone through a situation that’s so utterly heartbreaking.

Also appearing on Chris Soules’ season of The Bachelor, Ashley Iaconetti made it obvious pretty darn early on that she was a force to be reckoned with (to say the least), which made for some pretty fab viewing despite the fact that many Bachelor Nation folks deemed her as a clear-cut villain. Going on to appear on Bachelor in Paradise and currently co-hosting The Ben and Ashley I Almost Famous Podcast with Ben Higgins (who is currently single after breaking off his engagement to Lauren Bushnell), like it or not, Ashely I isn’t leaving the scene any time soon, which makes us wonder if she is really the villain she’s made out to be, or maybe she’s really just one heck of a determined (and ambitious!) woman. We’ll just have to wait and see.

Michelle Money was a textbook example of a lady who knows exactly what she wants and won’t let anyone or anything get in her way, which made her both incredibly intimidating and wildly captivating. Unfortunately for the other contestants on The Bachelor, Money wanted Brad Womack and wasn’t about to see anyone else nab her man. Her aggressive tendencies rubbed a lot of people the wrong way (which isn’t unusual, to be honest), but she wasn’t on the show to make friends or fans, she was there to find the love of her life. Frankly, that didn’t happen (sorry, boo!), and Michelle showed up on season 2 of Bachelor Pad where she made it all the way to the end, earning a spot as a finalist and changing a lot of minds about her villainous status.

Vienna Girardi is another example of someone who can easily (and unfortunately) rub people the wrong way. Coming off as more than a little spoiled during Texas-based pilot Jake Pevelka’s season of The Bachelor, plenty of viewers were downright annoyed by this particular villain. However, when Girardi’s relationship with Pevelka crashed and burned dramatically during a fight that was all captured on camera, the audience’s feelings changed towards both Pevelka and Vienna, feeling icy cold towards the Bachelor and feeling sympathetic towards (okay, full on sorry for) the contestant who had just been looking for love. These days, Girardi is pregnant and expecting twins (yep, we were as shocked as you), so she certainly has more on her mind than her former role as a Bachelor villain. Due to deliver her double bundles of joy soon enough, it seems like Vienna will now have all the love she ever wanted.

It was certainly hard to figure out what to make of Tierra LiCausi at times during Sean Lowe’s season of The Bachelor. Her super strange (and eventually infamous) eyebrow argument was one for the books and no one really knew quite what to say when she made it clear that she wouldn’t let anyone take away her, well, “sparkle.” Maybe she’s quirky. Maybe she’s flaky. Maybe she’s a little bit (or a lot) of both. Either way, she earned a spot on the list of Bachelor villains more for her less-than-charming ways as opposed to any hardcore and truly awful offenses. That has to make you wonder if she deserves the hate that villains attract or if it’s all just an unfortunate outcome for Tierra. *shrugs* We’re going to give her the benefit of the doubt, just because we’re super nice like that.

Courtney Robertson honestly doesn’t care if you think of her as a villain. Frankly (and kind of amazingly if you think about it), it helps her out if you *do* think of her as an intriguingly nasty figure. She’s even released a book entitled “I Didn’t Come Here to Make Friends: Confessions of a Reality Show Villain.” Oh yeah, she totally did that! That’s why she’s taking your hate for her right to the bank. Cha-ching! Making her mark on Bachelor history by skinny dipping all nekkid-like with Ben Flajnik, the couple eventually ended up engaged, but broke things off soon after the end of their season. However, Robertson did make herself memorable – as well as score a book deal – so maybe she’s less of a villain and more of a (secretly or blatantly?) savvy business women.

Rozlyn Papa wasn’t your typical reality TV villain and her situation was as shocking as it was unexpected. Sent home not by the Bachelor himself and definitely not by choice, she was instead called out and sent packing by the series long-time host and voice of reason, Chris Harrison. What?! “She had a physical relationship with a producer on our show,” Harrison told People. “You cannot do that. There is no gray area … Other girls on the show saw it. The producer confessed more than once and to more than one person. I cannot make it any clearer.” Whoa! Papa in turn denied the accusations, claiming that ABC was making up the entire situation to stir up ratings. Yowza! However, considering the affair (or relationship… whatever you want to call it) has never been confirmed, perhaps we should presume Rozlyn is innocent unless she’s ever definitively proven guilty.

As things stand, Corrine Olympios takes the top spot for the most controversial villain from The Bachelor. First, raising eyebrows with her beyond brash ways (remember her topless pool photoshoot with Nick Viall?), then having viewers either loving or hating her with her outlandish admiration of naps and “cheese pasta” (let’s not even get into the nanny thing). But things quickly took a turn for the worse when Corinne was among the cast filming Bachelor in Paradise Season 4 in Mexico when the production was suddenly shut down among allegations of sexual misconduct involving Olympios and former Bachelorette villain DeMario Jackson. While the situation was investigated, and Jackson was cleared of any wrong-doing, fans were definitely split on everything having to do with Corinne – from her personal character to her past behavior to all kinds of troll-like hatred that was both unwarranted and WAY over the line. While Corinne Olympios may not be everyone’s first choice for BFF, with what she’s been through on Bachelor in Paradise (both while the cameras were rolling and due to the backlash / aftermath), it’s hard (and probably incredibly unfair) to call her a villain. 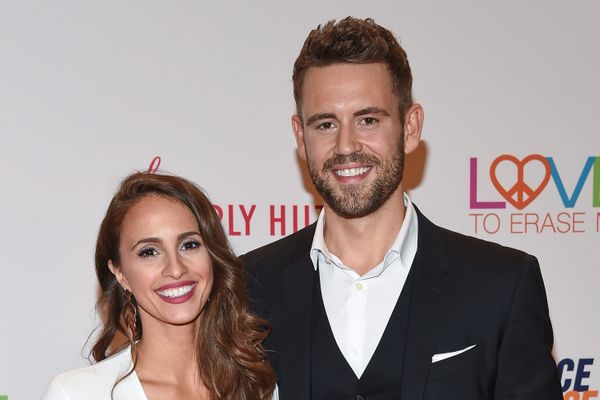 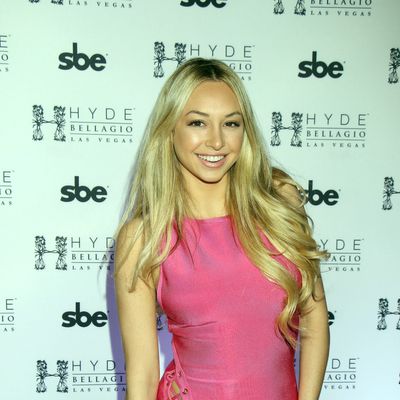