This year was a pretty big year in Hollywood. Album releases, new movies and new TV shows led to a lot of stars re-entering the spotlight and fans were more than happy to welcome them back. Some stars opt to take breaks from the spotlight, while others struggle to find that next big role, but when they do, their return is amazing. Here are the 10 biggest celebrity comebacks of 2017:

Singer Ed Sheeran was launched into the spotlight back in 2011 with his debut album + (Plus) and he quickly fell into the life of touring, making appearances and writing music. After some very busy years, Sheeran surprised everyone when he announced he was going to be taking a year-long break from the spotlight as well as his social media accounts. Then, after what seemed like a very long break, Sheeran re-emerged in 2017 with his third album Divide, and his comeback was huge. The album debuted at number one in the UK, US, Germany, Australia, and Canada just to name a few, and had the biggest first week of sales of any album of the year at that point. Sheeran later admitted that his 2016 hiatus had to do with a dark path of substance abuse that fame was leading him down, so 2017 really was a big fresh start for the star. 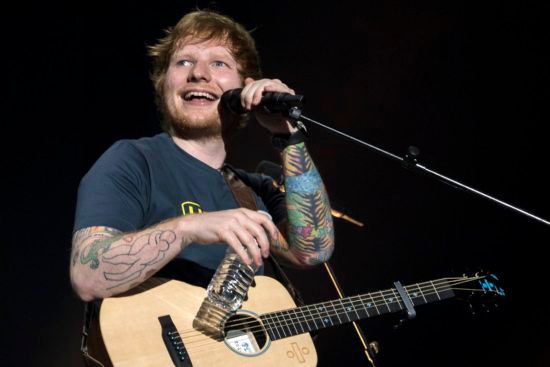 To be fair, Miley Cyrus never really went anywhere, but she certainly had a comeback of sorts in 2017. In 2016, Cyrus took a break from releasing music after her 2015 album and she laid low while she reignited her romance with Liam Hemsworth. In 2017, however, she was done lying low and she began talking more and more about her relationship, but more importantly released her highly-anticipated sixth album Younger Now. The album saw a comeback of a more calm Miley with a much different feel than her Bangerz and Miley Cyrus & Her Dead Petz albums. Not to mention, the superstar revealed she had stopped smoking marijuana and was presenting a much cleaner image than the “wild child” she was starting to become known as. 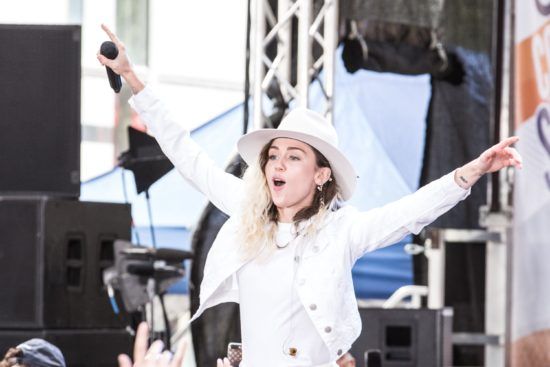 Much like Miley Cyrus, Taylor Swift never went away, but 2016 was a very slow year for the star. After the huge success and grueling touring of 1989, Swift took 2016 to lay as low as possible and work on music. Unfortunately, during 2016, Swift was often attacked in the tabloids for her relationships and various feuds with other stars, and still Swift remained quiet…until 2017. After gearing up for her new music release, in August 2017 she released the first single from her album Reputation with “Look What You Made Me Do.” The single broke many records including the most plays in a single day on Spotify and the music video broke the record for the most-views within a 24 hour period. Her 2017 comeback has only continued following the release of the full album, and 2018 certainly won’t be a dull year for the superstar either as she has already announced her tour for the album. 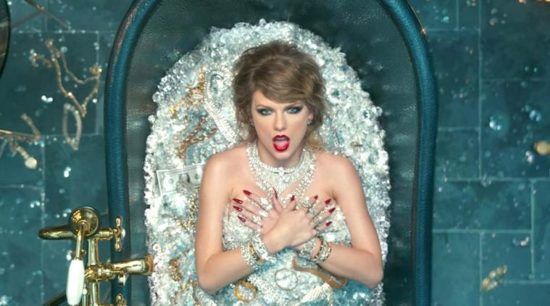 Look What You Made Me Do Music Video

Emma Watson has certainly been a prominent Hollywood star ever since she began her journey as Hermione Granger in the Harry Potter films, but in terms of acting, she saw a huge comeback in 2017. Following the release of the last Harry Potter film in 2011, Watson chose her roles carefully and stayed away from blockbusters while she also focused on her humanitarian work. All of that changed in the spring of 2017, however, when the live-action Disney adaptation of Beauty and the Beast was released with Watson starring as Belle. Watson had a huge year as one of the stars of the film after it earned more than $1.2 billion at the box office, making it the 10th highest-grossing film of all time. 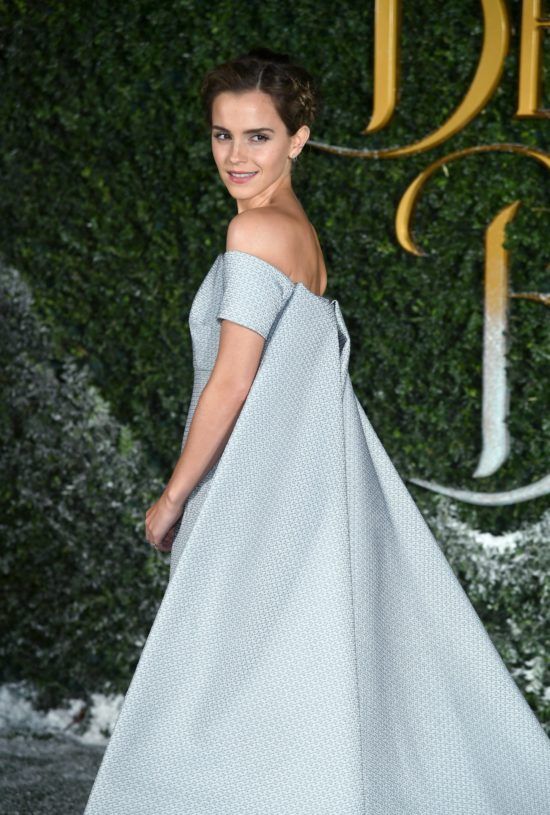 Freddie Highmore has had a lot of big roles over the years, and it all began in 2004 when he starred alongside Johnny Depp in Finding Neverland. A year later Highmore landed the iconic role of Charlie Bucket in the remake of Charlie and the Chocolate Factory, once again alongside Johnny Depp. After other films as a child, including August Rush and The Spiderwick Chronicles, the actor took on a darker role as Norman Bates in Bates Motel. Since he continued to star in the series from 2013 until it ended on April 24, 2017, there is no denying that he wasn’t working, but he has never received more attention than now after being cast as the lead in ABC’s newest medical drama The Good Doctor. The show premiered on September 25, 2017, and was immediately catapulted to the top of TV dramas and quickly became one of the most-watched shows on TV, beating out longtime favorites including The Big Bang Theory and NCIS. Needless to say, Highmore’s move to the ABC medical drama has seen his resurgence in the spotlight which is sure to continue.

Jason Momoa has always been a free spirit and while there is no doubt he would have been fine living life outside of the spotlight, that all changed in 2017. Momoa captured some fan’s attention back in the mid-2000’s with his role in Stargate: Atlantis, but it wasn’t until his starring role as Khal Drogo in Game of Thrones that many really began to take notice of him. After his character was killed off the hit series, Momoa faded away after 2012 — until 2017. As the new Aquaman for DC’s stand-alone film and the Justice League franchise, Momoa has been everywhere, making appearances at conventions and on late night TV and fans can’t get enough. It seems like overnight the handsome star has become one of the most popular men in Hollywood and we really wouldn’t have it any other way. 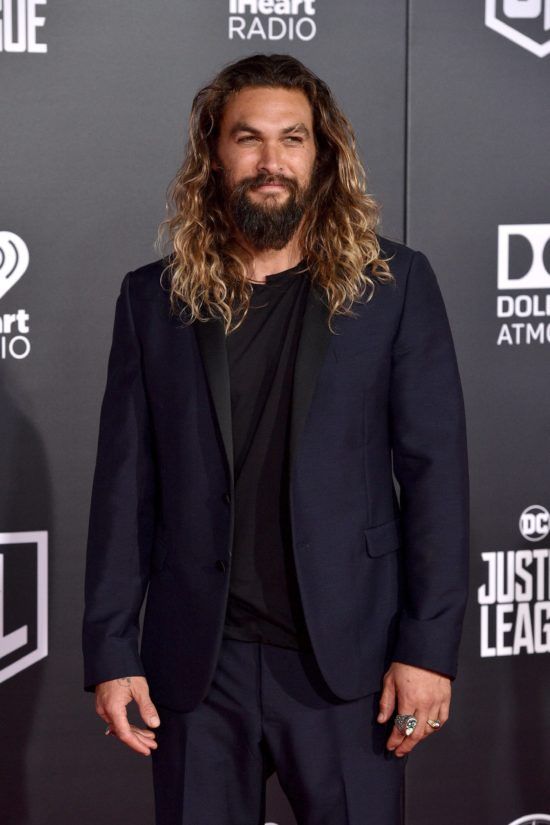 For one year, Danielle Staub was one of the most well-known reality stars thanks to her antics on Real Housewives of New Jersey from 2009-2010. After her appearance, she fell off everyone’s radar but then out of nowhere she made a major comeback in 2017. Following her long absence from the hit Real Housewives franchise, Staub made her return on the series and hasn’t looked back since. 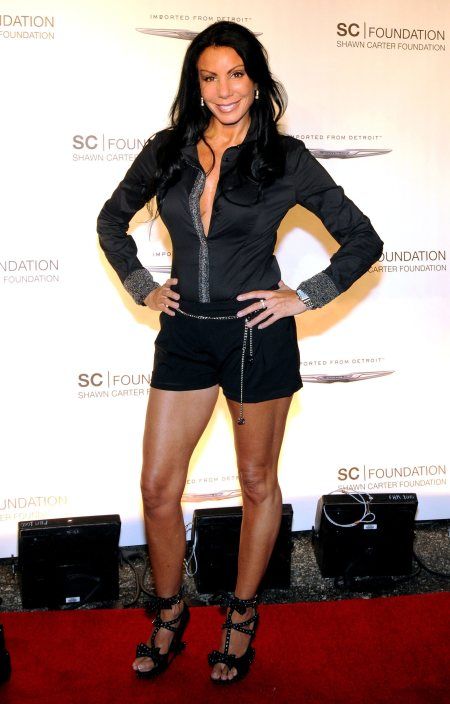 During its eight season-run from 1998 to 2006, Will & Grace was one of the most groundbreaking shows on TV and introduced audiences to a cast and characters they would come to love. After the series came to an end, the show’s stars Debra Messing, Eric McCormack, Sean Hayes and Megan Mullally all went their separate ways, and while they continued to work, nothing was as big as Will & Grace. This year, we saw a huge Will & Grace comeback with the show’s revival season, and along with it, the beloved stars. Once again fans saw the Fabulous Four doing interviews, gracing magazine covers, and best of all back in their iconic characters in the new season. 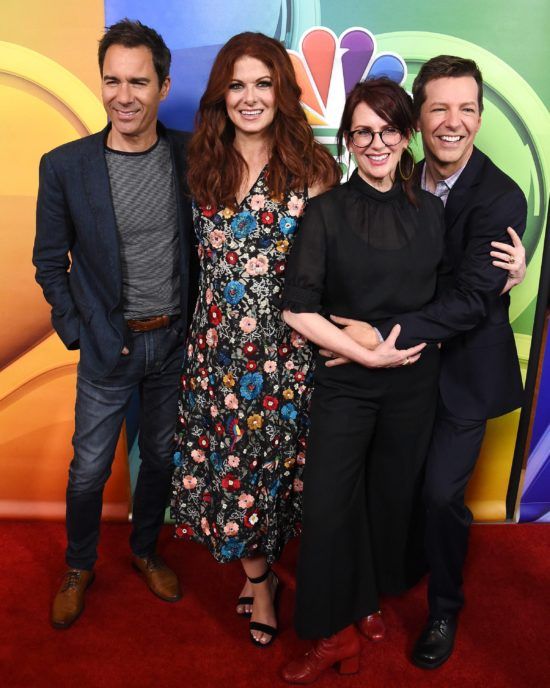 Riverdale was one of the most anticipated new shows of 2017, and as promotions were gearing up for the new CW teen drama, all eyes were on the comeback of former Beverly Hills, 90210 heartthrob Luke Perry who had taken on the role of Fred Andrews. As soon as the show began its first season in January 2017, however, it was clear that the obvious star was none other than Cole Sprouse as Jughead Jones. Now, Sprouse has had not only one of the biggest comebacks of  2017 but one of the biggest comebacks in recent TV history. After starring as a child actor along with his twin brother Dylan in shows and films such as Friends, Big Daddy and most notably The Suite Life of Zack and Cody, the Sprouse twins faded away and quit acting together as they went to college and explored new careers. Now, Sprouse is one of the most talked about actors on TV and he is right back in the limelight as fans watch his every move and hang on his every interview. 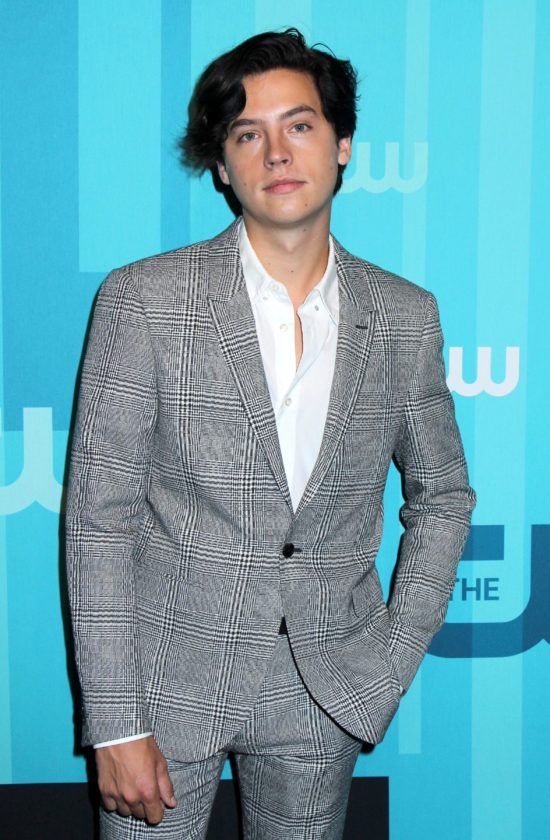 2016 was a very tough year for Selena Gomez. Following the 2015 release of her album Revival, 2016 was slated to be a big year as she kicked off her tour for the album. Unfortunately, Gomez was forced to cancel the European and South American leg of her tour in August after suffering from anxiety, panic attacks and depression caused by her lupus. She then retreated from the spotlight to care for her mental health and did not reappear until the fall. In comparison, 2017 was a completely different story for the singer! She served as the executive producer of the major Netflix hit 13 Reasons Why, began work on her new music and proudly flaunted her relationship with The Weeknd. In May she released new music, and then went even more public with her battle with lupus after she revealed she had required a kidney transplant over the summer. Nothing could get the star down, and even after her breakup from The Weeknd, she made more headlines than ever as it seemed her infamous relationship with Justin Bieber was also making a comeback. 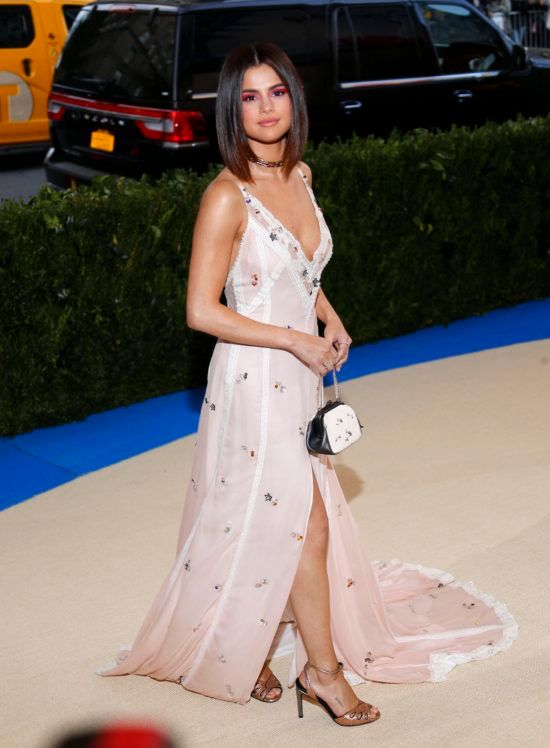 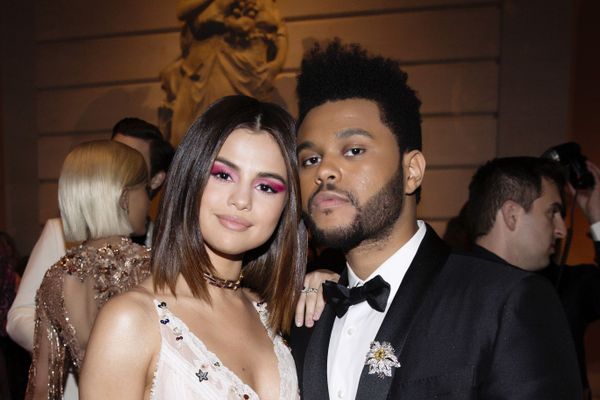 12 Most Shocking Celebrity Hookups Of 2017