10 Popular Celebrities Who Rarely Give Interviews

Being a top entertainer in Hollywood means being in the spotlight pretty consistently, but as some celebrities have discovered, they really don’t like too much attention on them. Almost every star has been the victim of being misquoted or found themselves at the center of a tabloid story that is false, and because of this, a lot of celebrities haven’t had great relationships with the media. Although the release of a new movie or new album often comes with the commitment of a press tour, there are some huge Hollywood stars that fans really don’t hear that much from because of their aversion to interviews. Here are 10 popular celebrities who rarely, if ever, give interviews:

In terms of celebrity, Beyonce has seemingly extended into a level all of her own and her fans have made her an icon. Due to this, many forget that Beyonce is a normal human like everyone else and that image of her is helped because she rarely speaks out to let fans get to know the real Beyonce. While she is definitely not shy of the spotlight with many appearances at Hollywood’s biggest events, it is less common for Beyonce to actually do an interview while there and this tactic helps the star separate Beyonce the brand and Beyonce the person. Around 2013 to 2014, she stopped giving face-to-face interviews and in May of 2015 someone on her team told an inquiring reporter that the star had not answered a direct question in more than a year. In September of that year Beyonce was Vogue‘s cover star, yet not any part of it includes a quote from her, and although she rarely says a word to the press, it has in no way stopped her popularity. On top of it all, the star is notorious for having complete control of any image of her or her family that is released and when she does have something to say, she makes sure her team is in charge of everything, not a media outlet.

Kanye West’s relationship with the media went downhill and fast in a short period of time. The rapper and fashion designer used to be one of the most confident celebrity interviewees out there, but after his bizarre interviews and as the things he said became more and more ridiculed, West began to pull back. Since he began saying less and less, West has done a silent interview with New York Magazine and also been to interviews with others where he doesn’t say anything at all! Although he hasn’t stopped giving interviews all together, they have become few and far between, and always seem on the edge of turning hostile at any minute. For quite some time he preferred to get his message out there via his own social media accounts.

Since growing up in the spotlight when they were only a few months old, Mary-Kate and Ashley Olsen seemed to be formed by Hollywood. They starred in multiple of their own movies before they were even in their teens and are now taking on a billion dollar business. However, as they got older they dropped from the spotlight almost completely, and most definitely stopped speaking to the media. As they transitioned from Hollywood superstars to just fashion designers, the pair have briefly spoken out and in 2011 told Style.com that they have a lot of “anxiety” about sharing personal information, which makes interviews particularly difficult for them. “We’ve spent our whole lives trying to not let people have that accessibility,” Mary-Kate stated.

Canadian rapper The Weeknd, whose real name is Abel Tesfaye, is one of those overnight successes in Hollywood and it seems even he was caught off guard with just how bright the spotlight has been. For quite some time, no one even knew who The Weeknd really was and it was hard enough to get a photo of him. By 2015 he still had not given a formal interview and by 2017 had only done a handful at best. While even more have become interested in him because of his relationship with Selena Gomez, it remains just as difficult as before to get a word from him. The mystery surrounding The Weeknd was one of his biggest draws and it seems he doesn’t want to shatter that image by giving away too much of himself and in one of his rare interviews, he told Rolling Stone, “We live in an era when everything is so excessive, I think it’s refreshing for everybody to be like, ‘Who the f–k is this guy.’ I think that’s why my career is going to be so long: Because I haven’t given people everything.” He has also revealed his lack of interviews is because of his insecurity with never having graduated high school and not being confident in his vocabulary and speaking abilities.

Jesse Eisenberg has been identified as one of the worst celebrities to interview and, after several highly criticized interviews, he now avoids them as much as possible. From painfully awkward, to Eisenberg being simply rude, very few of his interviews have actually gone well and the Batman v Superman actor has explained that his extreme anxiety is what makes interviews so much more difficult for him. Now he is best known for his interview with reporter Romina Puga of Univision while promoting his film Now You See Me in which he humiliated and berated her, and for his comparison of comic-con to the genocide while talking to the Associated Press about his experience at San Diego Comic-Con. After interviewing journalist David Lipsky in order to play him in the film The End of the Tour, Eisenberg said, “I interviewed Lipsky. He taught me how to interview and what his process is like and now I understand the pariahs you guys are.”

Harrison Ford may be one of the most iconic actors in the industry, but he is also notorious for his gruff and short interviews. The leading man often gives “yes” or “no” answers to questions and, when he does elaborate, it is often very terse and cutting. Over the years, Ford’s interviews have become fewer and his mood has seemingly gotten worse. Ford has now made it well known that out of all interviews, what he hates the most is promoting one of his own films and stated, “I’ve always been an independent son of a bitch, so if I’m grumpy, then call me grumpy. I’m all right with that.”

Johnny Depp’s stardom in Hollywood has spanned decades and has seen all of the actor’s highest highs and lowest lows, but no matter what role he takes it almost instantly becomes iconic, firmly placing him nicely at the top of Hollywood’s A-list. Interestingly, he is actually the furthest thing from many of the other A-listers with his penchant for privacy and has never been shy about detailing how much he truly does not like being famous. Although Depp can always be sure to give a smile and a wave at the red carpet of whatever blockbuster he is starring in, it is much more rare for him to give an interview. Over the years Depp has done less and less interviews and when he does, he keeps them brief, all in an effort to keep some of his privacy. He has said that he compares being famous to “a bit like living like a fugitive.” He added, “Everything has to be some sort of strategy. To get you into the hotel, to get you out of the hotel, to get you into the restaurant, to get you out of the restaurant.” With his stardom firmly in place, Depp now just lets his roles do the talking and makes his obligatory press tour and red carpet appearances.

While quite a few actors have carved out their own path in Hollywood, few have done it with the same flare as Bill Murray. Despite his status as one of the most notable and beloved actors in the entertainment industry, he is notorious for being extremely difficult to get a hold of. Murray has made it clear that his job is to make movies and that is where he leaves Hollywood behind. He does’t have an agent and doesn’t have a manager, and used to simply have a “1-800” number where people could reach him via voicemail which he would check whenever he wanted. With an attitude like that towards getting jobs it shouldn’t be surprising that he really isn’t one for interviews, but he isn’t shy to show up at celebrity events.

Kate Moss was one of the biggest supermodels in the ’90s, and had a legendary career which included a lot of time not only in the spotlight but in the headlines. Even so, the gorgeous model soon became known for how much she didn’t say and eventually a rumor started that she was mute. Eventually Moss did speak up, only to say how much she didn’t like talking to the press. “I just didn’t like it. When I first started I did press because I wasn’t really aware that they would write something really horrible but then they did, and I was like: ‘Oh no, I don’t want to go back there. I don’t really want to open myself up to that kind of criticism.'” She added, “And I think that a lot of the time you walk in a room [and] they already know what they want to write about you, so it doesn’t matter what you’re like. But sometimes I will do it if I like the person or the project.”

On camera Adam Sandler is loud, eccentric, and often ridiculous, but when not in character he is surprisingly calm and intensely private. It shocks many fans when they realize how often they don’t hear about the actor, because while he is always at red carpet events, he is never in the tabloids and rarely gives interviews. As it turns out, Sandler’s aversion to interviews, print interviews to be specific, all started following the release of his film Billy Madison. At that point the actor was soaking up the success of his films and even had a great time on the press tour for the film where he spoke to many friendly journalists. Unfortunately, Sandler’s love for the reporters changed when almost every single one of them wrote something negative about him or called him a “moron.” After the experience the actor swore off all print media, and now only does an interview sporadically on camera. 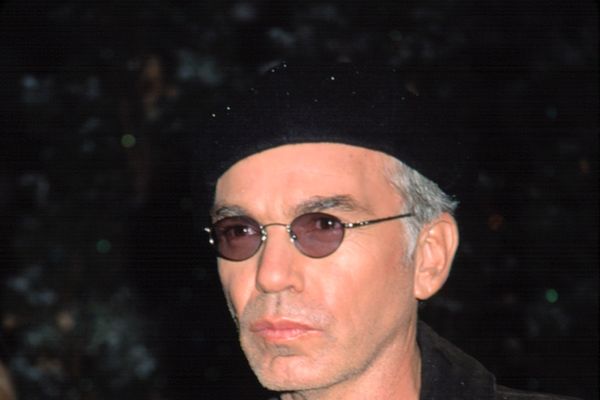