10 Drama Actresses That Deserve An Emmy Nomination In 2015

The small screen is the best place for actresses these days. Television roles allow for much more character development than on movies do and there are more opportunities for women. Since Emmy nominations are coming up, we’ve been thinking about all the television actresses who have totally blown us away this year. There are so many to consider. Soon we’ll see who gets an Emmy nod and who was totally robbed. We have put careful consideration into who we think deserves a nomination, so join us as we take a look at all the drama actresses who we want to see nominated for 2015!

The Americans is a slow burn series and that impacts audience’s reactions to its storylines because it sometimes takes a while to get any sort of payoff. Keri Russell’s season-long arc to try and bond with her character’s teenage daughter Paige (Holly Taylor) eventually took a different turn than many series like it have attempted in the past (her character being a Russian spy and all). The end result could net her a long overdue Emmy nomination.

The way the season ended with Russell’s character Elizabeth taking Paige with her to Russia to see her dying mother was a touching and poignant moment and it was the spark that led to the show’s cliffhanger ending. The repercussions from those actions will drive the show into its fourth season and that type of emotional on-screen response is what sets Russell apart from a lot of today’s actresses.

This is why people get upset at the Emmys…they set up their audiences for a big emotional moment and then pull it away à la Charlie Brown and the football.

A few years ago, when Scandal’s Kerry Washington was poised to win Best Actress following her first nomination, producers paired her with Diahann Carroll (the first African-American woman to be nominated in the category). The message was clear…Carroll was passing the torch to Washington and it was a nice, potentially history making moment…and then Claire Danes won again for Homeland.

An African-American actress has NEVER won in the category…let that sink in. This year the possibility is there for three strong African-American women to be nominated in the same year (something else that has never happened). Yet of the trio, Washington, despite being the one with the most established show, may be the odd person out. Should that happen Scandal’s “gladiators” would have every right to be ticked off as Washington’s second half storyline was remarkable and included the one-off racially charged “The Lawn Chair” episode which should definitely be singled out.

Come on Emmy voters…please get it right this year.

The cast of Orange is the New Black got thrown a little bit of a curve ball this year when it was forced to compete in the drama category instead of the comedy one. Whether you agree with the decision or not, the end result is still the ladies of Litchfield doing battle against some tough competition.

Orange lead Taylor Schilling may be the one in the biggest hole as she now will have to take on Viola Davis, Taraji P. Henson and reigning champ Julianna Margulies. Schilling’s very talented, but Best Actress is going to be a highly competitive category and it will be hard fought race. Lucky for her, the second season of Orange was more dramatic than funny (something corrected in this most recent season – eligible for next year’s Emmys). The end result could actually work more in Schilling’s favor as could the potential of other lead actress splitting the vote.

While her Masters of Sex co-star Michael Sheen was snubbed last year (as was the series itself), Lizzy Caplan snagged one of the coveted acting nominations. Given that Caplan’s long been a network favorite across the board it’s not hard to see why she was singled out for the honor.

Caplan is smart, talented and stunning which is a dangerous Emmy combination. While she ultimately lost, her performance during Sex’s sophomore run didn’t miss a beat season-to-season and was actually stronger as her character was given more to work with this time around. Expect Caplan to once again make waves and stir up the Best Actress waters as Showtime continues to show it can compete with rival HBO in the original programming department.

Next to co-star Jon Hamm, Elisabeth Moss is the main Mad Men star to continuously rack up nominations on a consistent basis. Moss’ character, Peggy Olsen, remained an interesting character from her debut in the pilot until the present, and the fact she’s connected with audiences is a credit to Moss.

This season, the actress also had her share of big moments in the lead-up to the show’s finale, but there have been storylines in the past that were able to utilize her better. Remember “The Suitcase” episode? It was a watershed moment for both Moss and Hamm and, while it helped the series win its fourth straight Best Drama award, it didn’t net its stars any wins. Don’t be shocked if the memory of that scene comes back into play. Just because the final episodes were very Don-centric doesn’t mean Emmy voters won’t recognize Moss for a iconic career-making seven year role.

Ruth Wilson was primarily known for her roles on top British programs Luther and The Prisoner before breaking through in the States with Showtime’s The Affair. Now, a Golden Globe win and a Tony nomination (for Constellations) later, Wilson is quickly gaining attention…and will likely find herself in the Emmy spotlight soon.

The uniqueness of The Affair’s storytelling plot device also played a big role in Wilson’s appeal as the split-story/unreliable narrator approach hasn’t really been utilized as much in recent years. Seeing how Wilson and co-star Dominic West capitalized on that advantage was one of the TV’s season high points and an Emmy outpouring should help viewers find it just in time for its second season.

The funny part about the Emmys is that even if one’s series is snubbed, voters don’t ignore the performances of the actors in said series. Case in point, Clarie Danes who has continued to be nominated for Homeland long after the show as a whole fell out of favor with voters.

Homeland actually had one of those “out of nowhere” falls last year where, after two years of multiple nominations, it was tapped just twice. One of those was for Danes who won the category during the show’s first two seasons. While the third season was widely seen as a disappointment, the show rebounded last year, but it remains to be seen if that will be enough to get it back in the race…either way expect Danes not to be omitted. She’s the show’s core and one of the main reasons people watch it.

While Kevin Spacey is the rock of Netflix’s House of Cards, his performance doesn’t work as well without Robin Wright by his side. The multi-talented actress has completely re-ignited and re-invented her career as the better half of Spacey’s Francis “Frank” Underwood.

Granted Claire Underwood is no saint herself, but watching Wright grapple with her darker tendencies makes for great television viewing and that continued into Cards’ third season. Fans of the show know that, based on how the most recent batch of episodes ended, she’s a force to be reckoned with and that should continue to manifest itself in season four. For now though, Wright is two-for-two at the Emmys in turns of nominations and the odds are good she’ll pick up the hat trick when this year’s honors are revealed.

As referenced earlier, the Emmy nominations are maddening as they sometimes have no rhyme or reason. How can you nominate the cast of a show and then snub the series itself? Or how can you recognize a series, but ignore its actors? With The Good Wife, it is usually more of a matter of column “A” as the drama’s cast is usually tapped with Emmy honours, but the show gets kicked to the curb.

To make matters more interesting Emmy voters even awarded Good Wife lead Julianna Margulies the Best Actress prize last year while slighting the show. Margulies is “the good wife” in Good Wife and, if she wins, her show should at least be nominated. Producers successfully took the momentum they gained over 2013-2014 and helped build it into its 2014-2015 story lines, which would make another snub even harder to fathom…but, either way, Margulies was given a ton to work with this year to help her defend her title and she’ll definitely get the opportunity.

It is probably very safe to say that no character was as polarizing during the 2014-2015 season than Empire’s Cookie.

Brought to life (in incredible over the top fashion) by Taraji P. Henson, the former Person of Interest star returned to TV in grand fashion with a character that everyone was talking about. Henson, a former Oscar nominee, is no stranger to critical acclaim and she’ll be getting even more acquainted with it as we go through Emmy season.

Empire became a media magnet, as every week the series grew its audience in unprecedented fashion. A lot of the appeal is credited to Henson and co-star Terrence Howard who gave the series a much needed star power boost to go with its high profile status. Yet it is Henson who has essentially stolen the show.

1. Viola Davis – How To Get Away With Murder

Going into the winter break, Viola Davis was the hands-down favorite for Best Actress.

Her role as the lead on ABC’s Shonda Rhimes produced drama How To Get Away With Murder immediately connected with both audiences and critics. The problem came upon the show’s return when all of a sudden Davis wasn’t the only alpha woman on TV. The rise of Fox’s Empire and its breakout star Taraji P. Henson threw a big wrench in the race and now it’s really a neck and neck battle between these two powerhouses. Now the good news in all of this for TV and its audiences is that the battle for the Emmy will likely be the most competitive in years and, with potentially three African-American stars in the mix, hopefully that will help boost ratings all around. 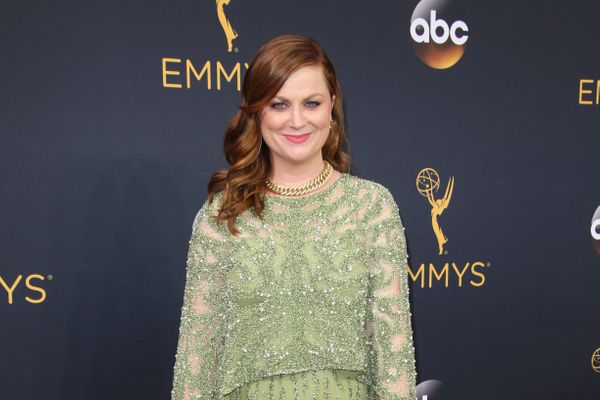