Male Celebrities With Fake Names And The Names They Rejected

Brad Pitt, Jamie Foxx, and Jon Stewart are just some of the big name stars that have ditched the small names that they were born with. Whether to make their names easier to say, aiming for a fresh start, to sound more like a woman’s name (you’ll never guess who), or just to sound super freaking cool, check out the 10 male celebrities on this list who use fake names as well as the real names they’ve rejected.

When Louis Székely decided to try his hand out at comedy, he figured he’s need a last name that was a little easier to say. Opting for a few initials instead of a full name, if you were wondering what C.K. stands for, well, you’re out of luck. Louis chose C.K. because they sound like his actual Hungarian surname, Székely (which, if you want to get all technical and fancy about it, is pronounced [ˈseːkɛj]).

Joaquin, along with his brothers and sisters, River, Rain, Summer, and Liberty were all originally Bottom’s instead of Phoenix’s. Joaquin’s parents John and Arlyn were once members of the Children of God. When the family decided to leave the group, they decided to change their last names to Phoenix, a nod to the mythical bird that rises from its own ashes, symbolizing the family’s new beginning. While working as a child actor, Joaquin used the name Leaf Phoenix, but when he was 15 went back to Joaquin Phoenix, fully leaving behind his former name of Joaquín Rafael Bottom.

Jamie Foxx might be a famous name now, but when he first started in the business he was Eric Marlon Bishop. A name that’s perfectly cool, it was for an unexpected reason that he made the name switch. Apparently, in an effort to snag stage time in comedy clubs, he opted for a name that he felt was ambiguous enough for him to sometimes be assumed to be a female comedian. Why? It seems that women receive better set times in the comedy clubs, often being called first, and Eric was eager to take advantage of that fact by calling himself Jamie Foxx.

Some of the biggest names in Hollywood get a step up and shot in the business just because of that, their name. But when Nicolas Cage was just a young actor, he wanted to distance himself from his wildly famous family in order to make it on his own. Granted, he can now safely say that he made his mark in Hollywood in his own way (never one to shy away from portraying his characters as a little off-beat if not totally whacky). But if he’d wanted to, it would have been easy for him to trade on a name like Nicolas Coppola, or Nicolas Kim Coppola to be exact. Yes, Nicolas Cage is the nephew of Hollywood icon director Francis Ford Coppola as well as being the cousin of next generation direction Sofia Coppola.

The Canadian rapper was known as Aubrey Drake Graham when he played Jimmy Brooks on Degrassi: The Next Generation, but since he’s transitioned into a music career, he decided to chose a stage name that wouldn’t be associated with his acting career. Today, he’s a world renowned rapper known as Drake and few people would recognize his original name.

Michael Caine, who’s well known for portraying prim and proper types, perfectly suits his refined English-sounding name, but does he also suit Maurice Joseph Micklewhite? Sounding much like the name of a character he might play in a movie, Maurice Joseph Micklewhite is in fact the name that Michael Caine was born with. He took on the name Caine when he nabbed it from the 1954 Humphrey Bogart film The Caine Mutiny.

Known for his super success on The Daily Show, his name is now forever associated with late night comedic news. But that wasn’t always the name that Jon Stewart went by. Born as Jonathan Stuart Leibowitz, the host dropped his last name and swapped Stuart for Stewart. Shortening his first name from Jonathan to Jon, he finally ended up with Jon Stewart (which is now, by the way, his official legal name) and with that another of Hollywood’s super famous names was born.

Okay, prepare yourself for a shock. Vin Diesel is NOT actually Vin Diesel’s real name. OMG! Wow! Can you believe it?! Once you’ve recovered from the shock and pick your jaw up off of the floor, then read on. Vin was once Mark Sinclair Vincent which is obviously too neat and tidy and normal and refined for someone who has starred in some of the most popular action movies and franchises of his time. Honestly, Vin Diesel is much more suited to crazy car stunts than Mark Sinclair Vincent, wouldn’t you agree?

Charlie Sheen has certainly kept his name in the headlines in recent years, unfortunately more from his wild, erratic, self-destructive behavior and health revelations than for his acting work. Granted, he saw a heck of a lot of success while starring on Two and a Half Men, but since then it’s been more trouble than success for Charlie. However, way back when he was young, Charlie’s major concern was to make his name in the business that still was unaware of how obsessed it would one day become with the young Estevez/Sheen. In case you don’t know or don’t remember, Charlie’s father is the accomplished actor Martin Sheen and his brother is equally well-known actor Emilio Estevez. Charlie, who was born Carlos Irwin Estevez, switched up Carlos for the American version of his name, Charlie, and took on his father’s surname Sheen (which is in fact a stage name which Martin took on in honor of the Catholic archbishop and theologian Fulton J. Sheen).

These days, Brad Pitt’s name is synonymous with Hollywood and fame, but when he was younger, he was still William Bradley Pitt. One can only assume he chose to go by Brad Pitt because it sounded cooler and more like a Hollywood star than Will Pitt or Bill Pitt or even Billy Pitt. Agree? Or would you still have as much of a crush on Willy Pitt as you do on Brad Pitt? 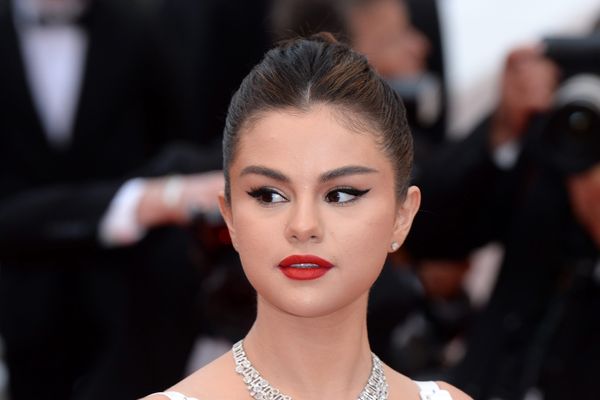