Ah, showmances…Big Brother wouldn’t be the same without ‘em. In fact, Big Brother alum Dr. Will Kirby likes to brag that he invented the term “showmance” back on season two. But while the world’s sexiest dermatologist is, technically, wrong in thinking so (the word originated in the theater world and has been around for much longer), no one can deny that Big Brother is responsible for singlehandedly bringing the word into the modern vernacular. And while, Big Brother has certainly served up its share of too-cute-for-words showmances (we’re looking at you, Jeff and Jordan), it has also dished out a number of super annoying ones. And that, ladies and gentlemen, is what we have for you today. In order of least to most obnoxiousness, here are the top 10 most annoying Big Brother showmances ever.

With Evel Dick being such a…well…dick toward his daughter, Daniele, whom he hadn’t seen in a number of years before the show, many viewers were happy to see Daniele find happiness in the house with shaggy haired, Abercrombie & Fitch type, Nick, who was always there to comfort Daniele after one of Dick’s rude outbursts. But what may have seemed like a sugar-sweet showmance between these two genetically blessed young people was actually a little icky if you factor in that Daniele had a boyfriend outside the house who she claimed to love, but was clearly cheating on with Nick. Not to mention the fact that the house was downright nasty to fellow house guest, Jen Johnson, who also had a crush on Nick (but no boyfriend back home) because she was so-called moving in on Daniele’s man. As it turned out, Daniele and Nick didn’t last after the show ended, and Nick went on to date Jen for about a year — longer than his relationship with Daniele. Daniele, for her part, ended up marrying her “showmantic” interest from her next season, BB13, Dominic Briones.

This was one of those annoying showmances where it was obvious one party was more interested in the other than vice-versa. Unfortunately for her, Chiara got the bum end of the deal — she was already imagining having Roddy’s babies and trying on his last name for size, while Roddy couldn’t even remember her last name. He was also flirting with just about every other girl in the house and ended up dumping Chiara before she got evicted. Sometimes showmances are just, well, not very “showmantic.”

In the season that started it all, “Chilltown” alliance members and bros, Dr. Will and Mike “Boogie,” developed romantic relationships with fellow house guests that set the precedent for all showmances to come. But while Dr. Will’s relationship with ice queen Shannon seemed genuine and lasted for a while after the show, Mike’s love affair with Krista came across as a cheap imitation and felt more forced than real. And then, as if he couldn’t just let Dr. Will soak in the glory of winning the season, Chilltown’s second banana went and — somebody pass the bucket — proposed to Krista on the live finale show, and yes, there was a tear in his eye. She accepted, but obviously the pair never got married. Some people just love the limelight.

This couple had a lot of night-vision-camera, under-the-sheets action, especially considering Ollie (as he liked to be called), had been a virgin until shortly before the season started. Besides constantly getting-it-on their showmance was sort of “meh,” and was made worse by the fact that they were both part of the annoying alliance on the show. And of course, they broke up pretty much as soon as the season ended.

The most unlikely couple ever to have come out of Big Brother, nerdy pizza-delivery boy, McCrae, and outspoken Miami Realtor, Amanda — who was five years older than he — had what seemed like a pretty sweet showmance to start, although it was almost impossible to understand what these two opposites could have possibly seen in each other. But as Amanda’s true (sucky) personality began to emerge more and more, this formerly likable couple started to get more and more annoying — or to be fair, Amanda got more and more annoying, and their offbeat showmance lost its luster. Amazingly, the two did date for some time after the show, but eventually broke up.

While this can hardly be labelled a showmance, it was super annoying when house guest Aaryn Gries — the pretty, blonde college student from Texas who is famous for the racist and homophobic comments she made against minorities on the show — tried to seduce bumbling, nice guy Judd Daugherty, in a desperate attempt to stay in the game. While her kiss didn’t earn her any extra time in the house, it did earn her a boyfriend after the show, as the two reportedly dated for a while once the season ended. So maybe that kiss was more than just strategic — but we still didn’t like seeing it.

Thank goodness for Big Brother sweethearts Jeff and Jordan who steamed up the Big Brother house with their particular brand of adorableness this season, because if we had just had to sit back and watch meathead Jessie (“Mr. Pec-Tacular”) romance the ladies for an entire summer, we might have had to pull the plug on the TV. Unbelievably, cocky, pretty-boy, Jessie, had showmances going on with three women at some point during the season — Michelle, Lydia and Natalie — and while he spent the most time making out with Lydia, it was clear he was the most into Natalie. But when it came down to voting for a winner at the end of the show, Jessie inexplicably cast his vote for Jordan, not Natalie, and Jordan emerged the winner. Not that any of us wanted Natalie to win, but, really, Jessie? Really?!

In one of the most meathead-heavy seasons in Big Brother history, Jase was the loveable lug nut who could actually be pretty nasty to anyone who didn’t fit his narrow-minded view of cool. So it was no surprise that this blond, spiky-haired volunteer firefighter with the muscle-shirt fixation took up with blonde California-girl and model, Holly. But the showmance between these two equally annoying house guests didn’t last long, as the rest of Jase’s testosterone-fuelled alliance wasn’t happy about it. The two lovebirds dated for a while after the show, but their relationship ultimately ended badly with Holly reputedly turning down a chance to appear on Big Brother 7: All-Stars, when she found out Jase was going to be there.

Of all annoying things to happen, Mike “Boogie” was recast on this All-Stars edition of the show, alongside his former “Chilltown” partner, Dr. Will, he cast his particular brand of smarmy charm on house guest and Big Brother four alum, Erika Landin. But Mike was just kind of a jerk to emotional, pink-jogging-pants-wearing Erika, treating her with very little respect. Of course, it was all part of Chilltown’s strategy to develop showmances they could take to the final four, and while Dr. Will’s much sweeter — though not as serious — showmance with Janelle got him to the final four, Mike’s annoying, fake showmance with Erika got him all the way to the end with the jury voting to give him the $500,000 prize over Erika. Poor Erika was humiliated when she finally saw all the nasty comments Mike had made about her over the course of the season and needless to say, this is one showmance that didn’t last past the end credits. At least Erika took home 50 grand for her misery.

The most famous Big Brother showmance of all time, “Brenchel” — as lovebirds Brendon and Rachel came to be known — was also the most annoying by a landslide, if you ask most Big Brother fans. An unlikely couple, the loud-mouthed, whiny waitress and the PhD student nonetheless hit it off and stayed the course, even as everyone else in the house turned on them — or more accurately, on Rachel. Remarkably, these two were still an item when they returned to play on the following season of Big Brother and Rachel actually ended up taking home the $500,000 prize. Today, Brendon and Rachel are happily married — and proof that there is someone out there for everyone, and that showmances can turn into actual romances for the lucky few. 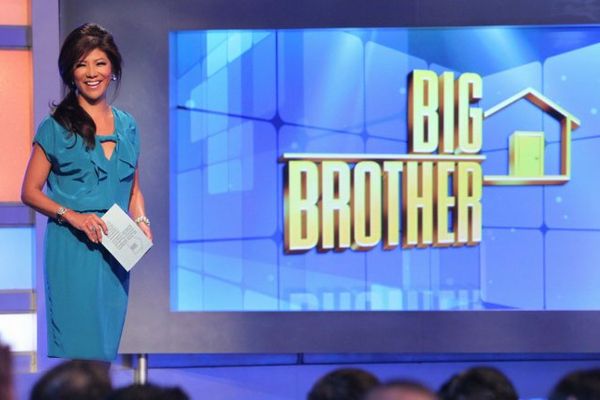