Love was certainly in the air this year in the land of soaps, as many incredible couples fell in love or rekindled their relationship. Romance rules on daytime television and 2017 offered plenty of love stories for audiences to sink their teeth into. Fans all have their favorites when it comes to shows and couples, so below is a list of the top 10 most-loved soap opera couples of 2017.

These two simply make sense together and many fans of The Young and the Restless (Y&R) did a little happy dance when Nick Newman and Chelsea Lawson decided to turn their friendship into something a little more. Unfortunately, things don’t look good for them long-term as Chelsea is hiding a huge secret from Nick, but they did create some sweet love affair memories in 2017.

In typical Days of Our Lives’ (DOOL) fashion, all things that are old became new again in 2017. When 1980s super couple Justin and Adrienne reunited recently, many avid DOOL fans were ecstatic that these two lovebirds finally found their way back to each other. While Adrienne and Lucas Horton made an okay couple, Justin and Adrienne hit super couple status every time they get together.

One of General Hospital’s (GH) biggest super couples of the moment is Nathan and Maxie. After having to deal with Claudette and a potential illegitimate daughter in Charlotte, the two finally made it to the altar this year. Unfortunately, Maxie flew out of town for some months after they got hitched, but the newlyweds were able to pick up where they left off as soon as she returned. They are dealing with the Man Landers debacle right now, but this super couple is sure to make it through that as well. Once the dust settles.

There are Y&R fans who love Sharon Newman and those who hate her, but one thing is for certain: her recent love affair with Scott Grainger has been an endearing one to watch. Sharon slowly picked up the pieces from ex-hubby Dylan leaving town and Scott was the perfect man to help hold her hand along the way. Things seem iffy as to their future come the new year, with Scott and Abby getting closer, but they still make a lovely couple. For now…

They had a rocky start to 2017, but as the year wound down, Chad and Abigail finally reunited and got hitched. They battled other lovers, Deimos Kiriakis and Ben Rogers, but when all was said and done they made it to the altar to finally say, “I do.” Chabi fans everywhere rejoiced! Currently, the married couple seems to be dealing with the craziness of the DiMera family. Will they get through it? Of course!

Sonny and Carly Corinthos are one of those soap opera couples who break up, only to make up once again. They’ve done this zillions of times on GH and just when most fans think they are through with each other once and for all, the two look into each other’s eyes and reunite. Such was the case this year when the schemes of Nelle caught up with the couple. Even though it got very ugly between these two in 2017, they managed to defy the odds and come together.

Before Steve Burton’s Jason strolled back into town, Billy Miller’s Jason and Sam were doing very well. They reunited, added to their blended family by having little Scout, were able to get through Sam’s mental health issues, and the two purchased a multimedia company so that Jason could say goodbye to the mob for good. Fans of the super couple were on cloud nine, and despite the fact that another Jason is in town, GH fans are still content. With two Jasons in Port Charles, the super couple of JaSam will remain, regardless of who Sam chooses.

Michael Baldwin and Lauren Fenmore’s relationship is like a fine wine that just gets better with time. The land of Genoa City can be so uncertain at times with corporate takeovers, divorces, lawsuits, and illegitimate children roaming everywhere. When it comes to love, Lauren and Michael continue to be a constant in a place where craziness always erupts. Plus, these two remain to be a Y&R fan favorite when it comes to super couples.

Lulu and Dante Falconeri dealt with a lot in 2017 and overcame many obstacles together. The battle over Charlotte’s custody and fighting with Valentin Cassadine has settled quite a bit. Thanks to their stability as a couple, the little girl has finally accepted them as mom and step-dad. Despite their ever-growing family and being parents to such young kiddos, these two continue to have a beautiful spark between them.

Speaking of spark, some things never change in Salem. Back in the late 1980s, Steve and Kayla were the hottest super couple on Days of Our Lives. Fast forward three decades later and guess what? Steve and Kayla are still the hottest super couple on DOOL! They got hitched this year and continue to ride on many adventures together, hand in hand. Not sure what 2018 will have in store for these two, but they are sure to overcome whatever is thrown their way. 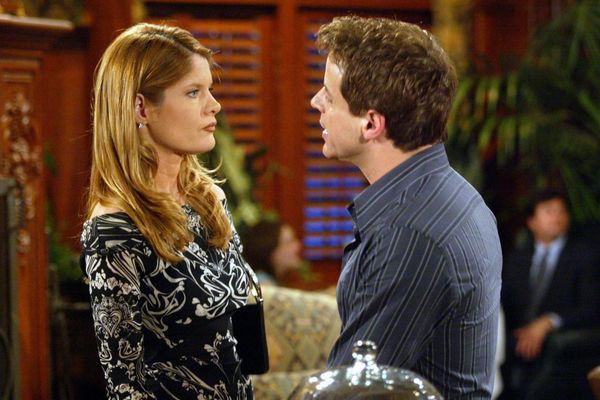 Soap Opera Couples Who Are Better Off As Friends