While Donald Trump has been in the public eye for what seems and feels like forever, now he’s running for President, and he’s everywhere. While the man is arguably a great businessman, he’s also an incredibly controversial and outspoken Republican candidate and he’s making waves in big, bad, and bold ways with some of his outlandish views and opinions. Then we scale back from the man behind the podium with that signature hair, we get see his family. Donald Trump is the father of five: Donald Jr, Ivanka and Eric, who are all from his marriage with Czechoslovakian model and socialite Ivana Trump; Tiffany from his marriage to Marla Maples; and the youngest, Barron, who is from his current marriage to Melania. They all range from age 10 to 37. While some of his children have been in the public eye, creating careers apart from their father and his business ventures, there’s still so much to know about this allusive family who are, like it or not, potentially the next presidential family.

Shocking to say it’s true, but Ivanka Trump and Chelsea Clinton became fast and close friends after being introduced by their husbands. They share so much in common, like being New York high society, wives and mothers, and now both of them had fathers with widely publicized affairs, and now both have a parent running for president. However, the friendship may be coming to an end, whether from mutual respect for each other during election times, or because the media can be a cruel knife in any relationship. Time will tell.

Brothers Eric and Donald Jr. came under mass scrutiny when they happily posed with their big game hunting trip photos — of a leopard. Donald Jr. also posed with the tail of an elephant. Both animals are endangered. Their father, while not a hunter himself, defended his sons saying, “My sons love to hunt. They are members of the NRA, very proudly. I am a big believer in the Second Amendment.” The issue was brought to the surface and subsequently blown up in the media with the hunting death of Cecil The Lion, who was killed in a similar manner by a rich American dentist.

Daughter Tiffany Trump is Donald’s only child with affair-turned-marriage with Marla Maples. Tiffany Trump is now 22, recent graduate of the University of Pennsylvania and is coming into the spotlight more with her father’s campaign. Before that she’s mostly just been seen and known as one of the rich kids, partying and being a socialite and showcasing it on her instagram. Having been raised by her mother alone, she doesn’t seem to harbor resentment towards her father, and continues to show support of him in the upcoming election.

7. No Nannies for Young Barron

In Hollywood, nannies are as treasured as botox and fine wine. Shockingly enough, Donald and wife Melania don’t use nannies for their only son, Barron. While there’s lots of housekeeping staff, and chefs and more to help aid the home in general, only Donald and Melania have been the ones to raise him. Donald told People in 2015 that “if you have too much help, you don’t get to know your children.” Melania chimed in saying “I like to be hands-on. I think it’s very important.”

Ivanka has been known as being a fierce business woman, but she also had her beginnings as a runway model much like her mother, Ivana Trump. Her love for fashion and design brought her into a very successful jewelry brand that expanded into an accessory, clothing and shoe brand and have been carried in high end department stores such as Bloomingdales, Macy’s and Nordstrom. Brother Eric even proposed to his wife with a ring from his sister’s line. In 2013, Forbes suggested that she may have even been offered a job by Vogue’s Anna Wintour, which she declined. This one doesn’t just live in her father’s shadow, she’s out for herself.

Donald Jr.’s wife and former model Vanessa once dated Leonardo DiCaprio according to the New York Times. She’s not the only Trump family member to date within Hollywood. Ivanka has been romantically linked to dating stars such as That 70’s Show’s Topher Grace, actor/producer Bingo Gubelmann, and racing cyclist Lance Armstrong. Eric Trump, is now married to Inside Edition producer, Lara Yunaska.

With five children, there’s a going to be a long line of Donald Trump descendants and heirs as time goes on. It’s already begun! Oldest son Donald Jr. has five children with wife Vanessa, while Ivanka just welcomed her third child with husband Jared Kushner.

Back in 2011, Tiffany was an aspiring pop singer. She recorded a very forgettable and heavily auto-tuned pop song called “Like a Bird.” On a 2011 segment of Oprah’s show Where Are They Now?, she discussed her foray into the music scene. “I love music, it’s always been a big passion for me. It’s more of a hobby right now, but we’ll see in a couple of years if I actually do want to take it to the next level – to a professional level. But right now my priority is focusing on school and getting into a good college.” While she managed to graduate college, she never was able to get her music career off the ground.

In 2009, Ivanka made the decision to convert to Judaism in 2009 just before her wedding to Jared Kushner. The two raise their family in a kosher lifestyle and even honors the Sabbath. Ivanka told Vogue, “from Friday to Saturday we don’t’ do anything but hang out with one another. We don’t make phone calls” adding “It’s an amazing thing when you’re so connected to really sign off. And for [my daughter] Arabella to know that she has me, undivided one day a week? We don’t do anything except play with each other, hang out with one another, go on walks together. Pure family.”

In April 2016, a week before the New York presidential primary voting was to happen, it came to light that both Eric and Ivanka could not vote. Why? They didn’t register. This had to be incredibly embarrassing for the Trump family, so Donald himself went onto Fox & Friends to say, “They had a long time to register and they were unaware of the rules so they feel very, very guilty, they feel very guilty, but it’s fine, I understand, that.” It was reported by Yahoo News that they were not registered Republicans, but Ivanka assured voters that her and her brother Eric WILL be voting for their father come November. 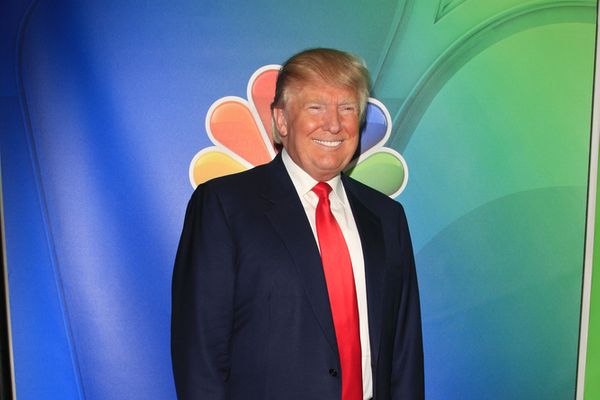