Miranda Lambert and her new boyfriend, 27-year-old singer-song writer, Anderson East, made their first red carpet appearance together at the ACM Awards in Las Vegas on Sunday, April 3. The couple went public with their relationship only a few months ago in January after posting a picture on Instagram of themselves cuddling on a couch under a blanket. As recent as last July, Miranda, 32, divorced her ex-husband Blake Shelton who has publicly moved on with fellow Voice coach, Gwen Stefani, and it seems this country queen has too! Fans are excited to see this musical duo together and looking forward to new music, but who is this new man in Miranda’s life? He’s a relatively new artist on the scene, so not much is known about him publicly, but we did some digging. Here’s a list of 10 things you probably didn’t know about Miranda’s new beau, Anderson East:

His real name is Michael Cameron Anderson a.k.a. Mike Anderson. He released his first album under this name in 2009 called Closing Credits for a Fire, but in 2010 he officially changed his name to Anderson East, a stage name for the release of his EP album called Fire Demos. He also released an album called Flowers of the Broken Hearted under the name Anderson East. The album must be good because it sold out on Amazon!

With just one quick listen to his music, it’s pretty clear Anderson is a southern man. Anderson East was born and raised in Athens, Alabama, but he’s been living in Nashville for the past eight years. After high school he attended Middle Tennessee State University to study music engineering and then moved to Nashville to pursue a musical career. In an interview with Paste magazine, he talked about moving to Nashville and said: “It was where music was being made. And at the time, you could still afford to be a musician and be broke and have cheap rent and know there’s such a great community of people that were doing the same thing. It was a really inspiring place — I mean it still is. Rent’s gone up, but it’s still a very inspiring place…But that’s where records are being made everyday.”

He started his first headlining tour back in January and will be touring through North America and the U.K. He used to tour as an opener for Holly Williams, the daughter and granddaughter of Hank Williams, Jr. and Sr.

He credits his interest in musical engineering to Michael Jackson’s song “Black or White.” As a kid he experimented a lot with recording music, but when he played it on the stereo it sounded nothing like his favorite albums. He started doing a little research and reading Mix magazines and realized he had a lot to learn! He told Paste magazine, “There was all this really archaic, esoteric language in there that you really had no idea of what the hell any of this stuff was. And I was just like, Okay, well apparently I need one of these big boards that has more knobs, and there’s a computer there that I have no idea what the computer’s doing, but there needs to be a computer involved.” So when it came time to choose a university degree and he found a musical engineering program in Tennessee, the decision was easy.

The story about the production of his latest album, which has quickly launched his career in huge success started off like something out of the show Nashville: “I was playing around at the Bluebird Cafe here in Nashville…I ended up stopping the show so I could go take a piss, and apparently that made a pretty big impression on [Dave Cobb]. He kind of came up and introduced himself and he was like, ‘Hey man, I’m a producer.’ And I was like, ‘Yea, sure, everybody is. What records have you been workin’ on?’ He rattled off a bunch of people I didn’t know and then he said, ‘We’re just about to start mixing this guy Jason Isbell’s record,’ and my ears perked up quite a bit because I’ve been a huge fan of Jason’s for a long time.” And that was the beginning of their musical relationship! The two began producing at Cobb’s home studio and immediately hit it off. He said, “It’s been a really amazing friendship and a great working relationship. I owe a lot to that guy for sure.”

Anderson’s newest album which is also his first major-label debut is called Delilah. The album is named after the Bible story of Samson and Delilah that tells the story of being infatuated with a woman. When asked about the album name he said, “That’s kind of the thread throughout the record: the woman that saved the crumbled man.” One of the songs on the album, “Quit You” he co-wrote with the rising country star, Chris Stapleton. The album stems a lot from his roots as a child as he grew up with a strong sense of religion and regularly attended church. His father was a Baptist preacher and his parents were both heavily involved in the church community.

He has stated that growing up in Athens, he felt quite secluded musically even though it is only about 40 miles east of Muscle Shoals. Athens was a “dry city” until about 2004, before that he had to drive to nearby places like Birmingham or Huntsville just to see some live music, but that made music so much more special to him. When he got his hands on a record of any kind as a kid, it was a big deal. In his Paste magazine interview, East said: “Music was kind of a precious commodity growing up, every little bit that you could find–whether something that we would probably look on as cool now or just awful music in general. There was no delineation between good and bad at that point. It was amazing just because you had it.” Anderson admitted his collection of music ranged widely from owning a Snoop Dogg album to Vince Gill and then chasing concerts like Lynyrd Skynyrd and ZZ Top.

3. He Comes from a Musical Family

The apple doesn’t fall far from the tree! Anderson’s parents are both musically talented and he grew up with the two of them singing and playing instruments. His mother played the piano and his father sang int the choir at church. When asked about the topic, he said, “It wasn’t like the most soulful music, but it was incredibly spiritual and very moving music, and I think just that the essence of it was the commonality — like those songs are meant for the congregation…That kind of attitude has definitely popped its head back into my mind. It just comes out because that’s what was put into me for so long, and they’re beautiful!”

One of the most unique things about Anderson East is his sound. His music has this kind of mix with country, R&B, folk music and even a little blues. It’s unlike anything else on the radio right now! When asked about this unique musical sound he credits a lot to growing up around the church and in Athens, Alabama: “I feel like [the Muscle Shoals sound is] just kind of happenstance. It was never like a thing, like, ‘Oh I’m gonna try to have this flavor, you know?’ I was just trying to write songs that I loved and that made me happy…from there is was just servicing the song. You can’t take a kid from north Alabama and growing up in a church — some of that is just gonna seep out. I think, at the core of it, it’s just really southern American music. Just the same, I think they’re just as much a country song as they are R&B songs. I think all that music stems from the same well.” Whatever it is, we love it!

1. Started at a Young Age

Anderson started writing songs when he was only in the seventh grade. At time time he formed a band with his friends and they all performed at their middle school’s talent shows. One of his first songs was called, “Brains.” He learned to play the guitar when he was only 8-years-old and then learned to play the piano. East said his parents have always been incredibly supportive of his interest in music and bought him his first four-track recorder when he was 13-years-old. He told Paste Magazine, “I kind of tried my hand at sports and school, and I wasn’t very apt at either one of those things. Anything that was keeping me mostly out of trouble, something that they could obviously see I had a passion for, they were incredibly supportive of it.”

My mother sent me this from my elementary school days claiming it was the start of my songwriting.   A photo posted by Anderson East (@andersoneast) on Jan 18, 2014 at 8:41am PST 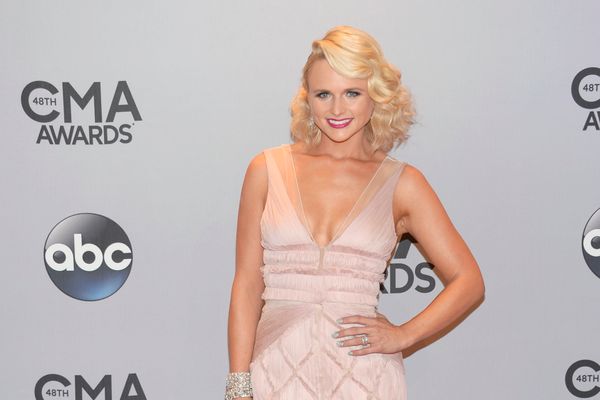