Channing Tatum’s career is the definition of success in Hollywood. In only 12 years in acting, he has become one of the most sought after actors and has nicely expanded his range, making him one of the most talented actors as well. One of the best things about Tatum is his openness with fans and his appreciation for them. He is more than happy to spend time chatting with fans or doing charity work to help others, but through it all, he has also been able to keep his personal life private. Tatum lets little facts about his life slip here and there, and there is so much more to him than the actor who is in the spotlight. Check out these things you might not know about Channing Tatum.

Channing Matthew Tatum was born on April 26, 1980 in Cullman, Alabama, to Kay and Glenn Tatum. His mother was an airline worker while his dad worked in construction, and he has one sister named Paige. When he was six his family moved to Pascagoula, Mississippi, where he grew up until he was a teenager and then they moved to the Tampa Bay area.

Tatum did not do very well in school and struggled with Attention Deficit Disorder as well as dyslexia which made it difficult for him to keep up with his peers. He began high school at Gaither High School in Tampa, but finally his parents gave him the option of either attending military school or a private high school, and he chose Tampa Catholic High School. While reports are mixed — some still say that he did attend military school for one year before going to the Catholic High School which he eventually graduated from in 1998. He went on to attend Glenville State College in West Virginia, but dropped out after one year.

Due to the fact he was extremely energetic and a little bit troublesome, Tatum’s parents enrolled him in several sports which he excelled at. He played football, soccer, and baseball and also participated in track and martial arts and upon his high school graduation was voted Most Athletic. He then attended college thanks to a full football scholarship. He is also skilled in Kung Fu and in Gor-Chor Kung Fu.

After dropping out of college, Tatum moved back home where he had several jobs. He worked as a construction worker, stripper, mortgage broker and salesman. His big break came, however, when he was cast for a music video and then became a model, working for labels such as Armani and Abercrombie & Fitch. In 2002 he was in commercials for brands such as Pepsi and Mountain Dew. He has appeared in Vogue magazine as well as campaigns for Nautica, Dolce & Gabbana, and American Eagle Outfitters.

Back in 2000, Channing Tatum’s big break was being cast to be in Ricky Martin’s music video for “She Bangs,” after auditioning in Orlando, Florida. Tatum appears in the background as one of the dancers and was paid $400 for the 7-day shoot.

After making it big as an actor, Tatum quickly made the decision that he wanted much more to do with the films he was starring in than just acting. In 2012 he talked about wanting to produce almost all of the films he stars in. “I really don’t want to be in any more movies that I don’t produce. Unless it’s with one of the 10 directors that I really want to work with, I don’t have any interest in not being on the ground floor of creating it.” Tatum then started two production companies along with several friends and his then-wife Jenna Dewan; one is 33andOut Productions and the other is Iron Horse Entertainment.

One of the most interesting things about Magic Mike is that it is in fact loosely based on Tatum’s brief past as a male stripper. Back in 2010 he mentioned he would like to make a movie from the experience and he teamed up with director Steven Soderbergh and writer Reid Carolin to create the film. Tatum was only 18 years old when he was a stripper in Tampa, Florida, and performed under the name Chan Crawford. While he used his experiences, Tatum confirmed the movie is entirely fictional.

Channing isn’t one to speak out about other celebrities scandals or their lives, but back in 2013, he did comment on the then very troubled Justin Bieber. In an interview with Vanity Fair, Tatum stated, “I do believe that whatever age you become famous, you end up staying that age. I worry about Bieber, man. That kid’s wildly talented. I hope he doesn’t fall down into the usual ways of young kids because it’s so hard for someone to be responsible when they’re not asked to be.”

Channing Tatum is far from the L.A. city lover that many celebrities are. While he keeps it private where he lives with his family, he and his wife have posted many photos with their animals, which include at least two horses, and they love spending weekends in a basic trailer, camping out and having bonfires.

Best birthday gift ever from my wifey 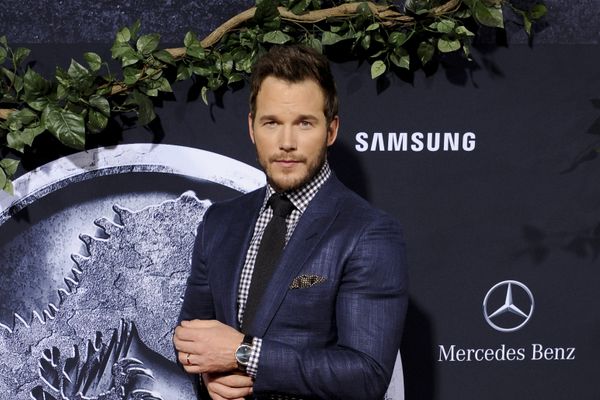 12 Hot Actors Who Could Have Been In Magic Mike XXL