Elizabeth Banks is the full package. She’s gorgeous, talented and just totally awesome. It’s hard to find someone who isn’t crazy about her. Since she’s celebrating her birthday today, we have a list of 10 things you didn’t know about the stunning actress:

She screen tested to play Mary Jane Watson in Spiderman opposite Toby Maguire, but wasn’t cast because she “was too old.” She was 26 at the time. Instead, she was cast as Betty Brant.

She’s been with her husband Max Handelman since they were freshmen at the University of Pennsylvania.

She has two children, Felix and Magnus, both born via surrogate.

Elizabeth Banks’ character in The Hunger Games, Effie Trinket, didn’t have much of a role in the third book, Mockingjay; however, Suzanne Collins and Francis Lawrence decided to expand her role in the last two films because they liked Effie.

She keeps her trim figure by hiding junk food in places where she won’t think to look for them, like the freezer. This way she doesn’t see them constantly and forgets about it.

Her favorite vacation spot is France. “I love the south of France. I also love Paris; my husband took me there for my 25th birthday,” she said.

Growing up, she was a goody two shoes.

She had really bad skin growing up and she still gets pimples. To prevent breakouts, she uses Murad Clarifying Cleanser and Mario Badescu Oil Free Moisturizer.

1. The Settlers of Catan

Her favorite board game is The Settlers of Catan. When she and her husband don’t have a babysitter, they invite friends over to play. 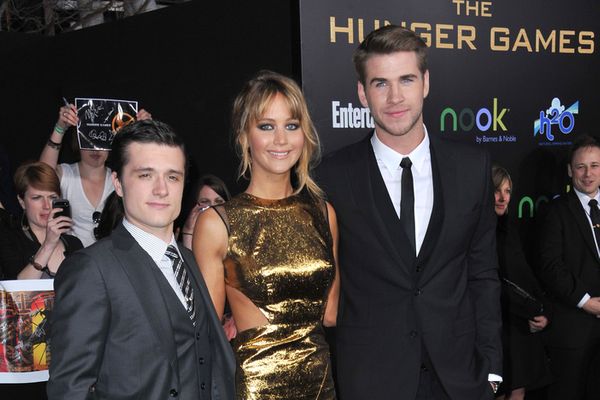